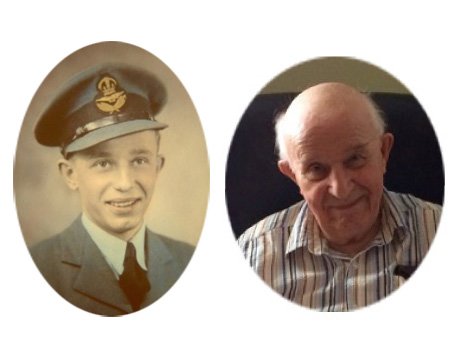 A celebration of his life will be held at the Sheraton Cavalier, Thursday, September 24 at 3:00 pm. There will be a private family interment at a later date. In lieu of flowers, donations can be made to the St. Paul’s Hospital Foundation

Dr. Michael S. Slobodzian was born August 16, 1924 in Winnipegosis, MB. He passed away peacefully September 17, 2015 at St. Paul’s Hospital, Saskatoon with family at his side. He served as an officer and pilot in the RCAF during WWII. After receiving his medical degree from the University of Manitoba, he moved to Saskatoon where he was one of the first physicians on staff at St. Paul’s Hospital and went on to practice family medicine in the Saskatoon area for 50 years. He is predeceased by his first wife, Eunice (nee Joys) and two of their sons, Michael and Mark. He is survived his five children: John (Charlene), Donna (Jeremy), George (Annamaria), Paul (Heather), and Gregory (Corinne). Loving and beloved grandfather to 12: Kristen, Brett, Maxwell, Bronwyn, Sydney, Zoe, Lev, Rozsa, Adam, Willow, Aspen, and Sage. He leaves behind his loving wife of 21 years, Kathy (Millar) and her children, Darwin and Tracy (Kent). As a caring, dedicated doctor he brought thousands into this world and touched the lives of many more with his boundless compassion and good humour. To his family, he showed unwavering love. He will be missed by many and always remembered.

Share Your Memory of
Michael
Upload Your Memory View All Memories
Be the first to upload a memory!