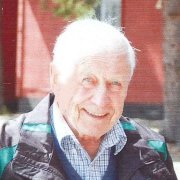 A Celebration of Life will be held at 11:00am on Thursday, September 24th, 2015 at Mayfair United Church (902 33rd St W). In lieu of flowers, donations can be made to the Saskatchewan Abilities Council (abilitiescouncil.sk.ca) or the Cardiac Device Clinic (medtronic.com). An online book on condolences may be signed at www.saskatoonfuneralhome.com. Arrangements have been entrusted to Saskatoon Funeral Home (306) 244-5577.

It is with great sadness we announce the peaceful passing of Stanley Arthur Green on Friday, September 18th, 2015. He was predeceased by his mother, Ida (Cook) and father, Albert (Ted) Green, as well as his four brothers, Ken, Lyal, Jack and Al. Stan will be missed by his loving wife of 27 years, Yvonne, his four daughters, Diana (Don) of Port Moody, BC; Valerie (Bob) of Winnipeg, MB; Cheryl (Gary), of Okotoks, AB; Lori (Doug), of Saskatoon, and the mother of his children, Phyllis. He is also survived by six grandchildren: Scott, Kelly, Jordanna, Andrea, Kendra, Brandon, and three great-grandchildren, as well as Yvonne’s sons, Scott (Tammi) Dylan, Hunter & Carter; Robert (Bobby-Jo), Robert, Lauren, Heather and Katie and one great-grandchild. Stan received his elementary and high school education in Regina (Herchmer P.S. and Scott Collegiate) and post-secondary education at the University of Alberta (B. Ed.) and the University of Saskatchewan (M. Ed.), (P.G.D. in Ed. Admin). He spent over thirty seven years in the education, physical education and recreation fields as a teacher, consultant and administrator. His career included positions in the elementary and high school systems in Bentley and Edmonton, Alberta, the Sask. Dept of Education (Fitness and Recreation Division, Teachers College), the University of Saskatchewan, and ultimately, Kelsey Institute where he initiated the Recreation Technology Program and served as its program head for eighteen years. He was very active in community life with long term associations with the Sask. Abilities Council and the Canadian Rehabilitation Council for the Disabled, both of which he served as president. He worked very closely with many sports and recreation associations over the years, such as the Sask. High Schools Athletic Association; the Sask. Parks and Recreation Association; the Amateur Athletic Union of Canada and the Dairy Producers Fitness Foundation. He was an avid sportsman and actively participated in baseball, football, curling, bowling, tennis, badminton, golf and his late life favorite, old timers hockey. Stan was involved as a volunteer for many years and took an active role in many local, provincial and national events. He was a member of the Saskatoon Sports Hall of Fame and was named Kinsmen Sportsman of the year in 1995. When his declining health forced him to give up his sports, he took up watercolor painting. He loved watching young children and the birds that flocked to his backyard feeders. As his memory slowly failed him, he maintained his sense of humor and his easy- going and agreeable demeanor. He was widely respected, deeply loved, and will be greatly missed.

Share Your Memory of
Stanley
Upload Your Memory View All Memories
Be the first to upload a memory!