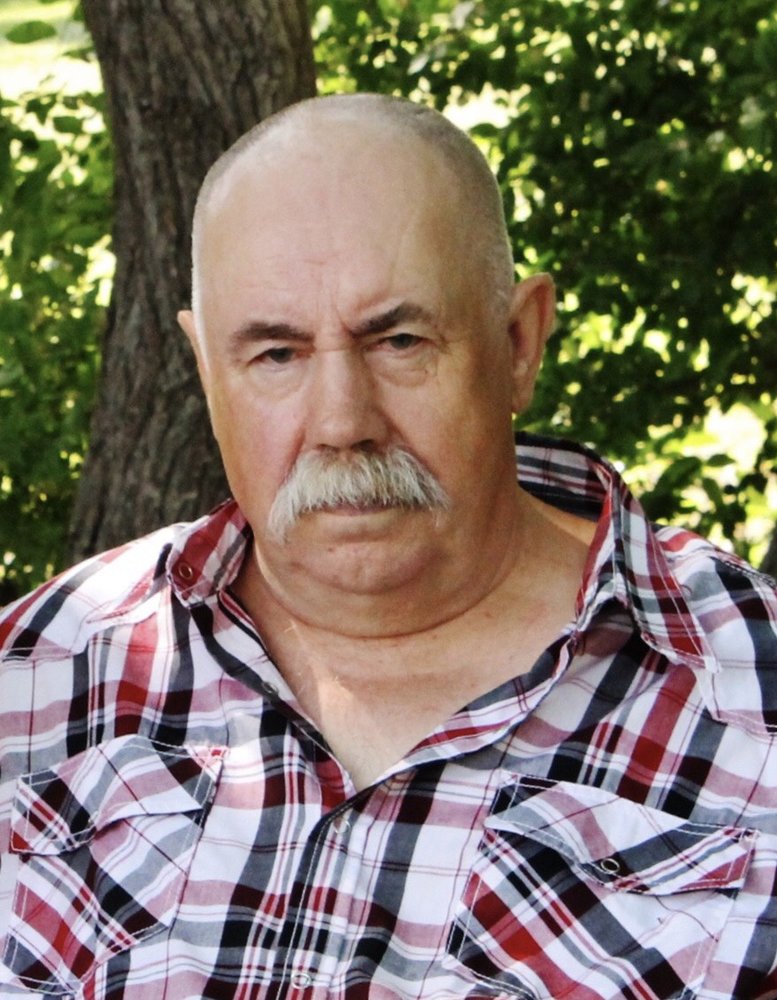 Richard was born on July 6th, 1945 in Humboldt, Saskatchewan to parents Michael and Agnes Binsfeld. He grew up on a farm near St. Gregor and after meeting Anne, the love of his life, one fateful day in Lanigan, was married on September 23, 1967. Together they raised their beautiful family, Christine, Wanda, Kent, Carla, Brad and Curtis, on a farm near Englefeld and later moved to Watson. Richard was a very hardworking man and spent 44 years at Schulte Industries, until his retirement in 2009.
His love of animals, especially horses, was well known by all who knew him and many fond memories and stories stem from the animals he kept over the years, like bundling up the kids, hitching up the stoneboat and going for a ride through the snow. He loved gardening and looked forward to spring planting every year. He also loved fishing and hunting and watching the Montreal Canadiens. He was a cowboy at heart, collecting tack, creating western themed art and living a country life. He instilled in his children the value and pride of hard work and a job well done.
But most of all, he loved his family, with the special love a grandfather has for his grandchildren and great grandchildren. Christine and her husband Doug have 3 children, Todd, Tara and Brett (great grandchildren are Nate, TJ, Elijah, Max and Jett).  Wanda and her husband Steve have 3 boys, Christopher, Joshua and Jordan (great grandchildren are Brielle and Houston). Kent (fiancé Dawn) has two girls, Kayla and Alexa. Carla (partner Shane) has 2 girls and 3 boys, Ashley, Tyler, Brandon, Justin and Julianna (great grandchild, Everett). Brad and his wife Corry have 3 children, Ryan, Allison and Jaxon. Curtis (partner Misty) has 2 boys, Ryder and Maddox.
He was predeceased by his father Michael, his grandson Dylan and 2 brothers in law, Rinard Pitka and Ervin Dotschkat. Also by his father and mother-in-law Raymond and Georgina Cole, and brother-in-laws Robert Cole and Gordon Cole. He will be forever missed by Anne, his loving wife of 52 years,  their children, grandchildren and great grandchildren, his mother Agnes, his siblings Cliff (Elma), Annette, Lorne (Linda), Pat, Wilf (Joanne), Lee (Cindy) and Carol, as well as many nieces and nephews and friends too numerous to count.
He may be gone, but he will not be forgotten. The lessons, stories and memories that this man of few words and much respect will be carried into the future by all who know and love his kind and gentle heart.
The Vigil of Prayer will be Tuesday, February 19, 2019 at 7:30 pm followed by the Mass of Christian Burial at 11:00 am. Both services at Sacred Heart Parish in Watson, SK.

Share Your Memory of
Richard
Upload Your Memory View All Memories
Be the first to upload a memory!