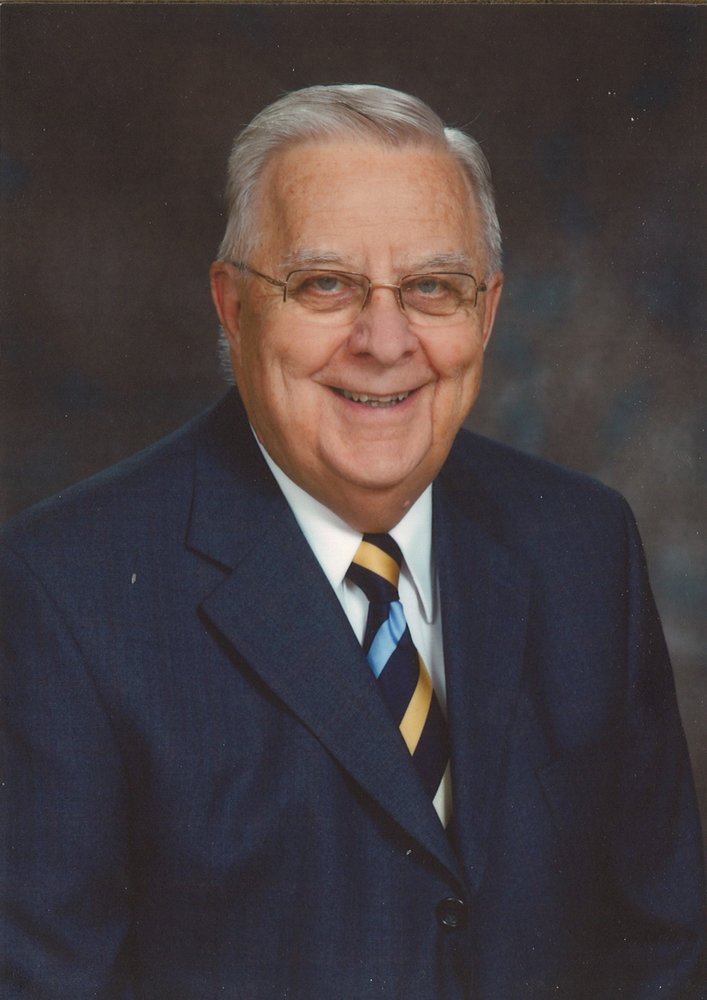 February 25, 1929 ~ May 29, 2019
It is with great sadness that our family announces the death of bill Rayner.  His passing occurred at Oliver Lodge, after a lengthy fight with dementia and Alzheimer’s.  Dad now has peace and joins his wife Shirley who predeceased him in 2000.  Bill is survived by his second wife Elizabeth Chomyn-Rayner; his son Bill (Christine) their sons Will and Spencer; his daughter Debby (Rick) Marcoux their sons and families Shaun (Bryana), Dean (Nevaeh & Noah), Erik (Jennifer) Jordyn, Oaklyn, Kendrie; daughter Jacalyn (Jeff) Gallagher and their son Jake and Jeff’s son’s Nathan & Kyle.  Bill also leaves sisters-in-law Doreen Rayner, Beryl Hitchcock and much loved nieces and nephews.  Bill was born and raised in Saskatoon.  He attended Caswell School and Saskatoon Technical collegiate.  He played football with the Saskatoon Hilltops and served terms as President with the Hilltops and the Manitoba Saskatchewan Football league.  Dad worked in management with the Hudson’s Bay Company for forty one years living in Saskatoon, Edmonton, Winnipeg and Toronto then returning back to his home city.  He always had great admiration for the staff that he worked with over the year.  Bill was also a steward and member of the Board of Directors of Third Avenue United church.  He made many important friends over his 90 years.  His most meaningful post in life was as a loving and very caring family man.  His family meant everything to him.  His grandkids reminisce that they could always count on him to be there for them especially cheering them on at the sidelines in sports and just life in general.  He taught us immense courage and strength in his life and in his death.  There will be a graveside service for family and a private family gathering to honour and remember our dad.    We wish to give our heartfelt thanks to the many caregivers at Oliver Lodge for providing our dad with infinite amounts of understanding, respect and dignity over the last two years.  For those so wishing, memorial donations can be made in Bill’s memory to Oliver Lodge (1405 Faulkner Ave. Saskatoon, SK S7L 3R5) which would be appreciated by the family.