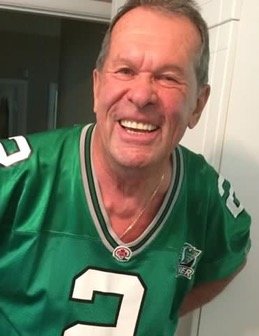 “The moment your heart stopped beating, our hearts broke in two.”

It is with great sadness that we announce the passing of Dr. Stanley Kenneth Sandomirsky on August 27, 2019 at Royal University Hospital where he had his family by his side.

Stan was born in Regina, Saskatchewan on May 6, 1939 to Dorothy and Melville Sandomirsky.  The eldest of three siblings, he grew up spending time at lake Katepwa with family and developing a strong work ethic working at his father’s bottling plant with his brother Noel.  After graduating from Central Collegiate, Stan earned his medical degree at Queen’s University.  Stan completed his Urological specialty training in Montreal, Quebec and eventually Liverpool, England where he completed his fellowship before opening his practice in Saskatoon.  Stan worked at all three hospitals in Saskatoon, and taught at Royal University Hospital where he is remembered fondly by many former medical students.

Stan was a dedicated Mason as a member of A.F. & A.M. Saskatoon Central 217 Lodge since 1983, serving as Master of the lodge in 1989 as well as a member of the Scottish Rite and the Royal Order of Scotland. Stan joined the Saskatoon Shrine Club,  where he brightened days of children or the weary as a member of the Clown Unit.  Stan often shared stories of what he referred to as his most gratifying work, when he served as the Hospital Chair for the WAWA Shriners Children’s hospital for the province of Saskatchewan.  In this volunteer capacity, Stan was a tireless advocate in coordinating urgent medical treatment for children in need.

Stan enjoyed golfing, gardening, cooking and baking, however his passion was football.  Known to many as “Stan the Fan” or “Coach”, he had to be one of the Roughrider’s most loyal fans.  He also was a great Huskies fan and was on the Huskie Football Foundation for a number of years. The opportunity to chair the “Dogs Breakfast” in 2013 was a very special memory for him.

Perhaps one of Stan’s greatest joys, was his love of family.  Bringing family together, usually for a spectacular home cooked meal prepared together with Gaylene, became a favourite time for Stan.  He extended his love of teaching to detailed conversations with his children and grandchildren, often lovingly teased for his lengthy articulation.  Despite his many notable achievements, he always maintained that his true legacy would be his children and grandchildren.

He is survived by his loving wife Gaylene (Vance), his sister Marsha Izen (Ted), his son Todd and his daughter Madison, his daughter Kirsten Hanson (Colin) and their children Eila, Miikka, and Luka, his daughter Lindsay Sandomirsky (Marc Lemire) and their children Danielle, Sev, Nick, and Camille, stepdaughter Shannon Davies (Jeff Bahr), and her children Mackenzie and Kieran, sister in law Sharon McNish, and nieces and nephews, Kerry, Stephanie, Jon, and Alix.   He was pre-deceased by his parents Melville and Dorothy Sandomirsky and his brother Noel Sandomirsky.

There will be a Celebration of his life at 2:00 pm, Tuesday, September 3, 2019 at Saskatoon Funeral Home. Stan was laid to rest at a private family interment service in Regina on Friday, August 30, 2019. The family would like to thank the Neurology and Intensive Care Units at Royal University Hospital for their kind and attentive care, with special thanks to Dr. Shumilak and Dr. Hayes.  In lieu of flowers, donations made to WA WA Shriners Patient Transportation Fund 2065 Hamilton St. Regina, SK.  S4P 2E1 would be greatly appreciated.

Share Your Memory of
Dr. Stanley
Upload Your Memory View All Memories
Be the first to upload a memory!
Share A Memory