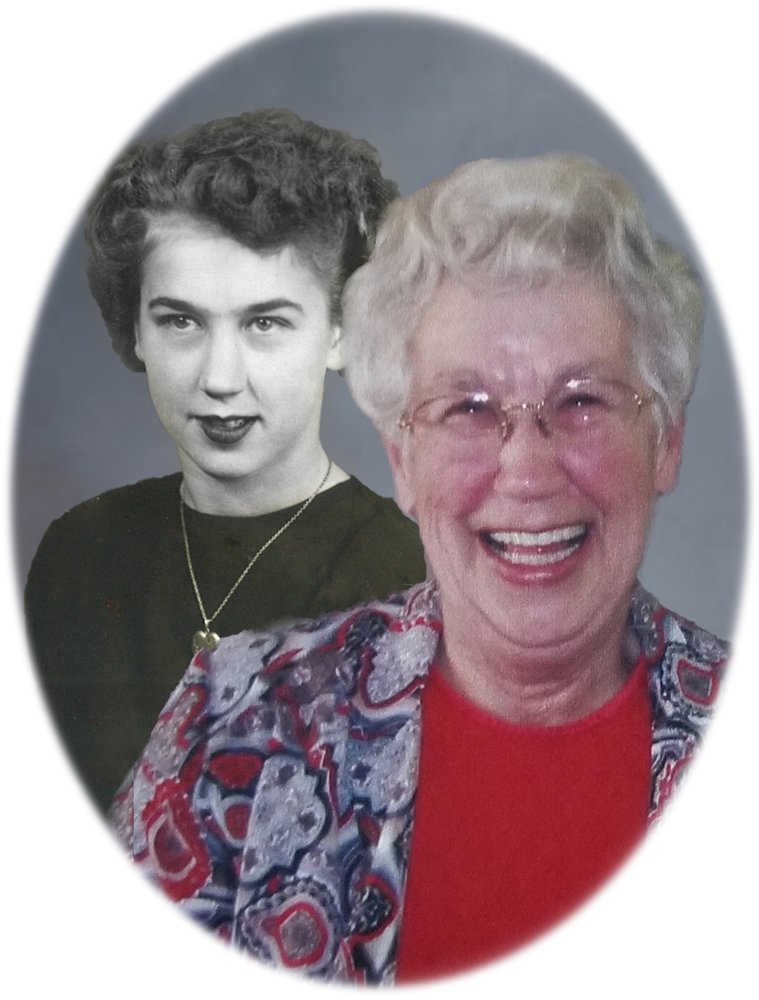 YOHNKE, Bridget "Betty"
Betty Yohnke, born March 28, 1932 to Lawrence and Agnes Kaufman in Leipzig, Saskatchewan, passed away peacefully on August 31, 2019 in Saskatoon, SK. Betty married Francis (Frank) Lewis Yohnke, June 1951, in Landis, SK. Over the next many years they moved several times from Mercoal, AB to Unity, SK onto Esterhazy, SK and finally settled in Saskatoon. Mom formed many great friendships in those early years of her marriage and some continued on to be lifelong friends. She was widowed at the young age of 36 when her husband was tragically killed in a mining accident. She courageously took on the role of single mother and put her heart and soul into raising their three sons. Mom loved to play cards, watch curling and follow the Blue Jays; she kept individual stats on each player for years. In her mid-sixties she won a set of golf clubs, having played some in her early married years she took the game up again and grew to enjoy it as another great past time. Mom was predeceased by her husband Francis, her parents, Lawrence and Agnes Kaufman and sister and brother-in- law, Phyllis and Gabe Gerein. Left to cherish her many memories are her loving children and their families: Ken (Debbie) Yohnke, Calgary, AB, Bob (Cathy) Yohnke, Turtle Lake, SK and Miles Yohnke, Saskatoon, SK; five grandchildren, Travis (Briana) Yohnke, Desarais (Antonio) Cui, Aaron (Aneta) Yohnke, Jeri-Lyn (James) Mortimer and Ashley (Cole) Turgeon and ten beautiful great- grandchildren. She is also survived by her brother and sister-in-law, Keith and Donna Kaufman and many nieces and nephews. The Mass of Christian Burial will be celebrated at Holy Spirit Parish (114 Kingsmere Place) on Thursday, September 5, 2019 at 10:30 a.m. Rite of Committal to follow at Woodlawn Cemetery. We would sincerely like to thank Drs. Chaloupka, Wood and Tenaski of Herold Rd. Family Physicians, for their dedication and support to our mother and our family in the final years of mom's life.

Share Your Memory of
Bridget
Upload Your Memory View All Memories
Be the first to upload a memory!