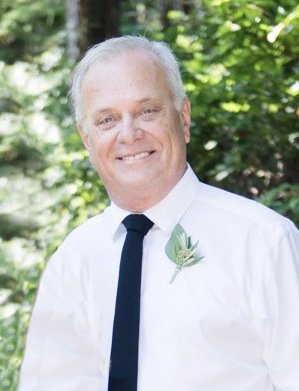 With incredibly sorrowful hearts we announce the passing of our beloved husband, father, father-in-law, grandfather, son, brother, brother-in-law, uncle, cousin, and friend after a courageous battle with cancer. Harvey’s life was rooted in unwavering faith, unconditional love, and unparalleled determination, integrity, and wisdom even through his hard-fought cancer journey. He calmly lead and taught by example and he was always available to lend an ear or problem solve.  He exuded love and kindness in his actions and smile, but he was fiercely protective of the people he loved, especially of his dear wife and girls.  Harvey had an adventurous on-the-go spirit, but always calculated the risks and his moments in between were filled with music and song; if you knew Harvey, you knew of his love for the guitar which was nurtured in childhood and continued throughout the years.

Harvey was born to Abram & Helena Klassen on June 8, 1947 in Hague, Saskatchewan and he lived a humble life there and in Osler in a household full of faith and music along with his two brothers, Garry & Vern, and two sisters, Shirley & Bonnie. The family moved to Saskatoon to pursue city life in 1952 where Harvey attended Pleasant Hill elementary school followed by Tech Collegiate.  He met the love of his life, Joan Apps, on a beautiful spring day drag racing on 8th Street in between A&W’s and married her shortly after on February 26, 1968. He proudly completed his teaching degree (B.ED) at the University of Saskatchewan and drove a gravel truck to provide for his family during the summers of his 4 year degree program.  Harvey & Joan decided to settle in Melville, Saskatchewan where he taught junior high music/math and raised three children: Rhonda, Kimberly, and Coralie until he decided to venture to Blaine Lake, Saskatchewan. In Blaine Lake, he to opened a Shop-Rite grocery store and completed his family with the birth of his youngest daughter, Leslie. Our love for camping stemmed from this point as we spent many happy summers at Martin’s Lake which was only a short drive away. Harvey and Joan created a home rich in love, music, and laughter. With his entrepreneurial spirit, Harvey moved his family to Saskatoon in 1987 where he established County West Motors until he pursued a rewarding career with The Co-operators Insurance and proudly opened his own agency along with four additional locations in Outlook, Kindersley, Eston, and Leask. Harvey loved his time with The Co-operators and appreciated the friendships he and Joan developed throughout the years; they enjoyed many trips with their Co-operators colleagues and friends whom they shared many fond memories together. Harvey decided to retire in 2015 to focus on quality time with Joan, his girls, and his grandchildren; they spent endless summer days at Candle Lake enjoying quad rides amongst the bushes, sitting around the camp fire, golfing, playing board games, fishing, and driving his beloved boat. We will never forgot his ear to ear grin giving his girls and grandchildren rides on the tube behind the boat and all of the special spots on the lake he liked to share with us. In the frigid winter months, if Harvey wasn’t snowmobiling with his brothers or attending his grandson’s hockey games, he was driving his impeccably-kept motorhome down to Indian Waters RV Resort & Cottages in Palms Springs (Indio) with Joan by his side where they enjoyed many days of dancing, pickle-ball, and time spent with their resort friends as well as their “snowbird” family (Ed & Kathy Klassen, Ernie Klassen, and Wayne & Darlene Johnson). Harvey also cherished his time on his motorcycle trips with his cousin and friend Al Ens and brother Garry Klassen; they took many exciting treks through the Rockies and throughout the USA. Undoubtedly, you will find pieces of Harvey’s heart in Candle Lake, Saskatchewan and Palm Springs, California, as well as on the open road.

We were truly blessed to have this remarkable man in our lives for 72 full years. He planted seeds of faith in God in our hearts and we trust that he is with his Heavenly Father singing and playing for the angels. Our minds know that he is at peace without suffering from the cancer, but our hearts will never understand why he was taken so quickly and aggressively from us.  Although our hearts are shattered, we feel privileged to have known and have been loved by Harvey and we trust that we will be reunited again.

Our family thanks the Immunity Therapy Clinic in Tijuana, Mexico for giving Harvey his ability to laugh, eat, sleep, go for walks with his best friend, and play music again during his 9-week stay; we are forever grateful for the compassion, comfort, and treatment he received under the care of Dr. Alvarez and Dr. Bautista as well as the nurses, nutritionists, and support staff. We would also like to thank resident general surgeon, Dr. Dexter James, from the RUH for his kind guidance and holding our hands through our grief, the incredible nursing staff on 5th floor at the RUH as well as medical oncologist, Dr. O. Ahmed, from the Saskatoon Cancer Centre for his knowledge and console.

Harvey felt very uncomfortable with the thought of in-patient palliative care and expressed appreciation for an end-of-life care experience and community. In memory of Harvey, it would be very meaningful to donate to the St. Paul’s ‘Close to Home Campaign for Hospice and End-of-Life Care’ - www.stpaulshospital.org/foundation/campaign

Share Your Memory of
Harvey
Upload Your Memory View All Memories
Be the first to upload a memory!