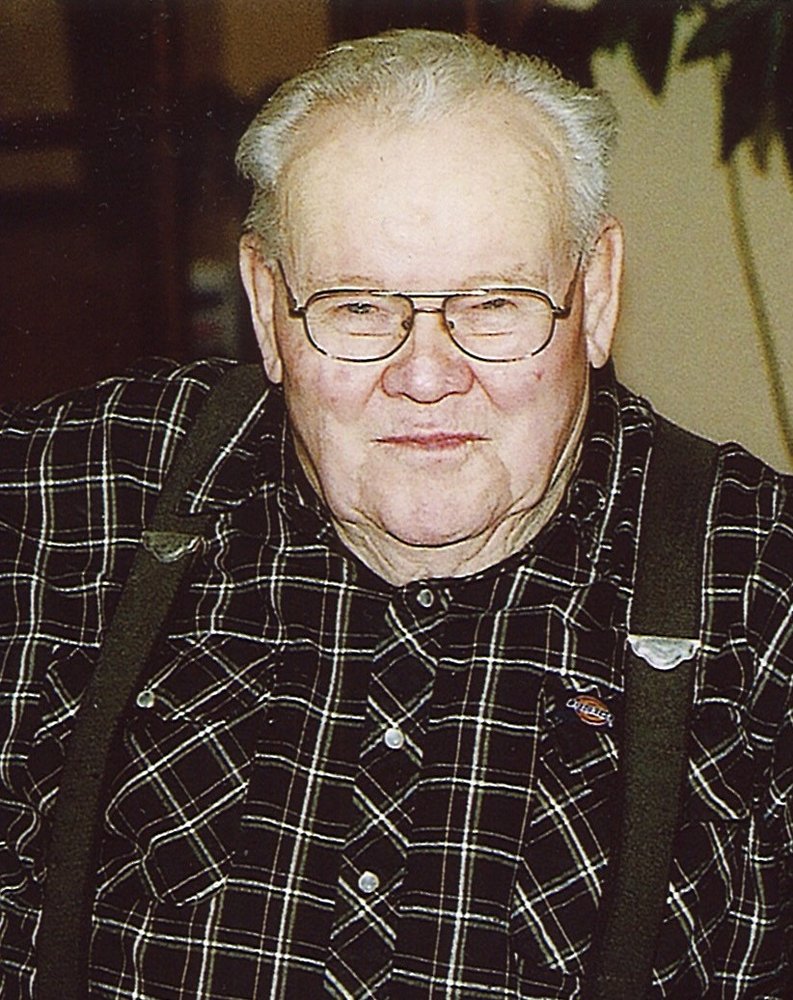 PETER FEHR February 6th,1925 - November 27th, 2019
Peter Fehr was born and grew up on a farm in the Blumenhof, Saskatchewan area. In his young adult years he worked on the farm as well as in automobile repair shops. During the summers of 1952 and 1953, he worked with the Canadian National Survey in the Mount Waddington area of BC and in the Yukon. These experiences were a source of great pleasure for him and he often talked and showed pictures of roughing it out in the bush and on the mountainsides. From 1954 to 1959, he worked as a mechanic with several different pipeline companies in Alberta.

In 1960 he bought his first quarter of land in the Blaine Lake area overlooking the North Saskatchewan River and moved to a house located on that property. He bought this land as much for its scenic value as for its agricultural potential. This land was his pride and joy and many of us have pictures taken with him overlooking the river valley. He married Olga Darkin in 1967 with whom he shared his love of the land.

Over the following years he bought more land in that area, including a quarter that formerly had the Brook Hill School located on it. A cairn recognizing the school was placed on the corner of this property in 2001.
He was active in the community of Blaine Lake and was heard to sing when he was in the hospital after his stroke "I love those dear hearts and gentle people, who live and love in my home town!" He was involved with farming this land, actively himself or consulting with the tenant in recent years, until he had a stroke in spring of 2018. After the stroke he was confined to a wheelchair and needed care so his home became the Rosthern Mennonite Nursing Home. We would like to express our appreciation to the staff for the excellent care he received there. He always looked so sharp when we came to visit him.

Peter was predeceased by his wife, Olga, in 1996, as well as two sisters and their husbands, Helen (Ashton) Archibald and Marie (John) Neufeld, and four brothers and their wives, Abe, Jake (Nettie), John, Isaac (Elma). He is survived by one brother Henry (Margaret) Fehr of High River, Alberta; his life long friend Mary and several nieces and nephews.

Pete is remembered as a generous person - many people could tell stories of more times than they can recount of when he paid for a meal for them. He loved getting together with people whether friends in the community or family. He was known for his hearty laugh and interesting stories of his experiences. His words of wisdom never failed him and even when he was in the hospital after his stroke he would recite a poem by R. L. Sharpe from 1809 entitled "A Bag of Tools":

Isn't it strange, that princes and kings,

And clowns that caper in sawdust rings,

Are builders for eternity?

To each is given a bag of tools,

A shapeless mass and a Book of Rules;

And each must make 'ere life has flown,

A stumbling block or a stepping stone.

Share Your Memory of
Peter
Upload Your Memory View All Memories
Be the first to upload a memory!