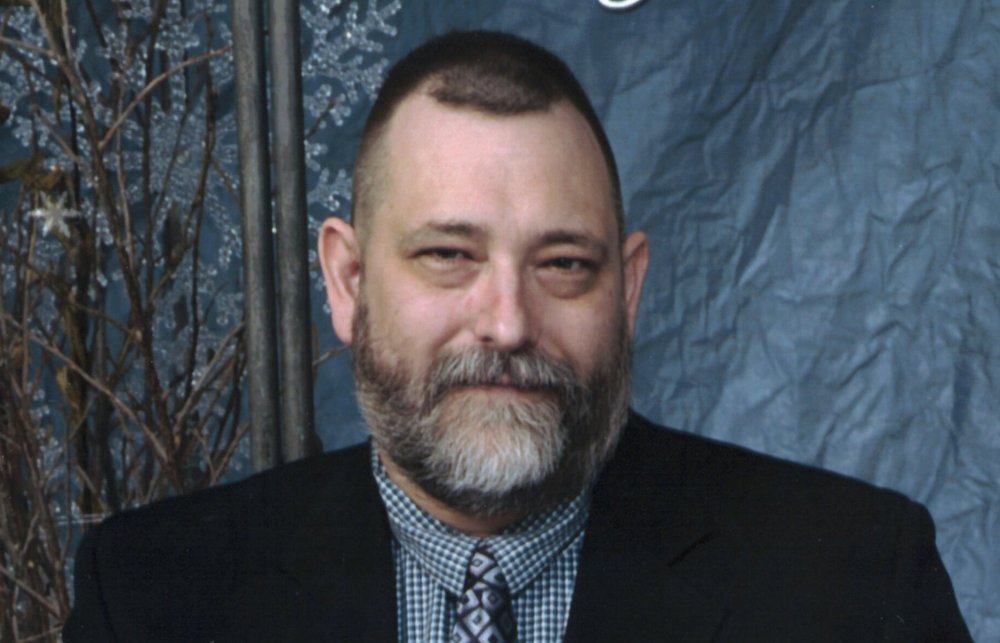 Shawn passed away at the far too young age of 52, on Thursday, November 28, 2019, in Saskatoon. He leaves behind his beloved wife Lynne and adored daughter Maggie, his mother Eleanor Blair, sister Melanie Burns (Ian), brother Darcy (Susan), and nieces and nephews Stuart, Jaime, Blaine, Justin (Veronica) and Morgan, as well as his beloved Aunt Irene Rae (David) and many cousins in Ireland. Shawn was predeceased by his father, Francis and his nephew Richard Burns.

Born in Edson, Alberta, Shawn’s family moved several times before settling on a farm near Herschel, SK. Growing up, he was a protective big brother to his younger siblings. He avidly hunted and fished, was fascinated by technology and loved blowing things up, frequently sacrificing his eyebrows in pursuit of scientific discovery. He loved all animals including a pet skunk Rosie and especially his German Shepherd, Sam. He derived true joy in making others laugh, particularly when it was inappropriate to do so.

After graduating from Rosetown Central Highschool in 1985, he trained and worked as a welder for several years. Later, pursuing his passion for computers, he enrolled at CDI, acquired an IT diploma and moved to Saskatoon to enlist.

Shawn dedicated his life to public service--spending 20 years with the Canadian Armed Forces and 15 years with Corrections Canada. His military career included deployments to Canada’s North, Europe and the Middle East, and providing disaster relief to those at home. These experiences would endow him with life-long friendships and loyalty to those who serve. Near the end of his life, with barely enough energy to stand, Shawn managed to leave hospital to attend Remembrance Day services. He was awarded the Queen Elizabeth II Diamond Jubilee Medal in 2012 for significant contribution to Canadian society.

Upon retiring from the military in 2005, he took a permanent position as an IT Technologist with Corrections Canada. Shawn enjoyed challenging work with a group of colleagues, who, typical of those who entered his orbit, quickly became good friends.

Shawn met the love of his life in 2005. Lynne recalls a feeling of instant recognition, like she’d known him always. No one could make her laugh like he did. They married in 2007 and built the house of his dreams overlooking the North Saskatchewan River Valley. Shawn’s adored daughter Maggie arrived in 2010. As a family, the three travelled extensively and built a lot of memories that Maggie can return to again and again.

Friends and family recall adventures were never in short supply with Shawn. He was funny, highly intelligent, messy, brave, loyal to a fault, and a bit of a procrastinator. He loved travelling, computers, reading (especially military history), cooking and trying new restaurants. His humor, gravelly voice, kindness, and infectious sense of fun will be profoundly missed.

Even though, as Maggie said, “he only knew me for 9 years,” Shawn, Lynne and Maggie will be a family forever.

They will always be grateful for the wonderful care Shawn received from the staff in the 6100 Oncology ward at Royal University Hospital and the Saskatoon Cancer Centre.

There will be a celebration of Shawn’s life at 3:00 p.m. Saturday, December 7, 2019 at Saskatoon Funeral Home. Guests attending the service are encouraged to wear uniforms, medals, and a poppy. In lieu of flowers please consider donating to the Leukemia & Lymphoma Society of Canada. Shawn’s final resting place will be the Canadian Armed Forces National Military Cemetery, in Ottawa.

Share Your Memory of
Shawn
Upload Your Memory View All Memories
Be the first to upload a memory!