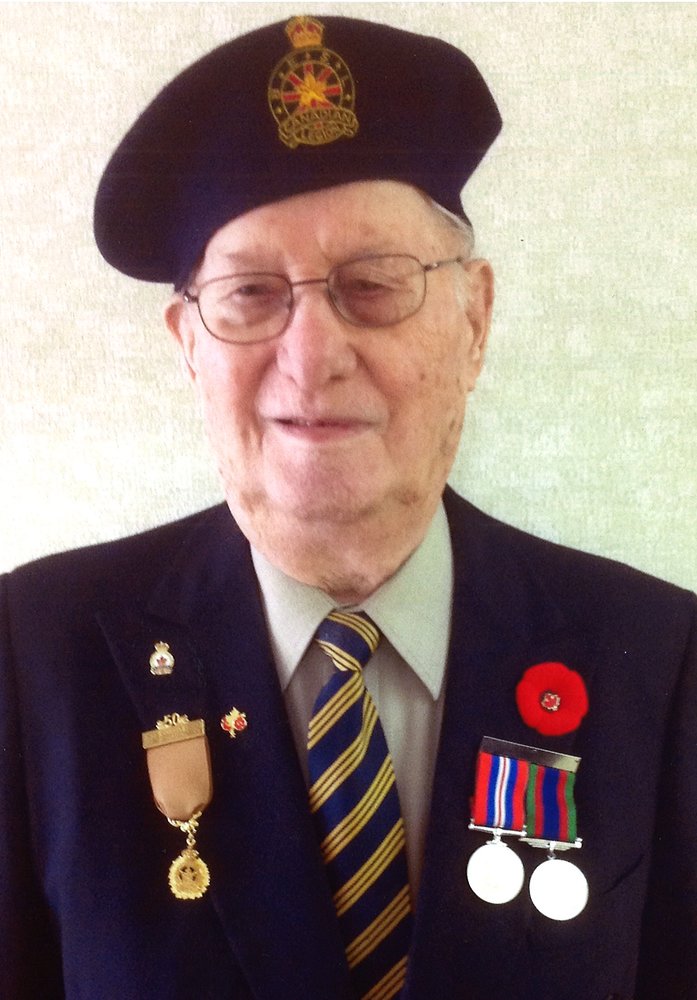 It is with sadness we announce the passing of our dear father, grandfather (Dido) and great-grandfather on Sunday, January 5, 2020. Dad was born on April 5, 1924 in Melville to Wasyl and Kateryna (Bekseh) Pankiw. He grew up on the farm south east of Goodeve and attended Halech school. In the fall of 1942 dad left for Vancouver and got a job in a sawmill at Great Central Lake on Vancouver Island. In the spring of 1943 he received his Army call, but he chose to join the R.C.A.F. and was stationed at Paulson Manitoba Bombing and Gunnery School. Here he served as a Drogue operator for three years. In the spring of 1946 he received his discharge papers and returned home. In May of 1946 he met his best friend and love of his life, Catherine Machula at her cousins bridal shower. They got married on October 23, 1947 at Elias Church west of Goodeve. They were blessed to have been able to celebrate 72 years of marriage on October 23, 2019. Through the Veterans Land Act dad was able to purchase land and implements and worked together with his parents. In November 1963, dad got a job with the Melville Co-op, to supplement his farming income. He later worked at the Fenwood Branch, where he managed the bulk and service station for 20 years. By this time all of us kids had left home mom and dad were empty nesters, which then gave them an opportunity to do some travelling. One of the most memorable trips for them was to Ukraine for a month, the homeland of both of their parents. In 1991, dad retired from farming, but continued to live on the farm till moving to Yorkton in 1994, Here they continued to be active in their church and enjoyed activities such as bowling, bingo, card games with friends and continued with more travelling, They moved to Saskatoon into Illarion Residence in November 2013. Dad soon became a very patient and kind caregiver to mom. The Illarion family were very supportive to him. It was a heart break to dad and all of us to see them separated in November 2018 as mom moved into the dementia unit at Oliver Lodge. His love for her never ceased and it was very evident each time he visited her. Dad was a devoted member of the Order of St. Andrews and also a proud Legion Member for 69 years. Over the years mom and dad enjoyed many functions at the Legion in Melville and Yorkton. John is survived by his loving family; daughter Judy (Brian) Archer of Saskatoon, three sons; Len (Robbi) of Devon, AB, Ron (Sue) of Rainbow Lake, AB, Brian (Eileen) of Edson, AB, eight grandchildren, ten great-grandchildren, brothers; Russell (Rosalie) of Regina and Mike of Bangor, SK, sisters: Linda Simmons of Houston, Texas and Darlene Baran of Kelowna, BC. He was predeceased by his loving wife Catherine on December 2, 2019, parents Wasyl and Kateryna, brother and sister-in-law Nick and Mary Pankiw, sisters and brothers-in-law; Olga and Peter Kozey, Mary and George Petriw, Bud Simmons and Mike Baron. We extend heartfelt thanks to Dr. Yelland and staff at the Veterans Village for their kind and wonderful care given to our dad. Also for all the expressions of condolence conveyed to our family. We will forever miss you Dad. Rest In Peace