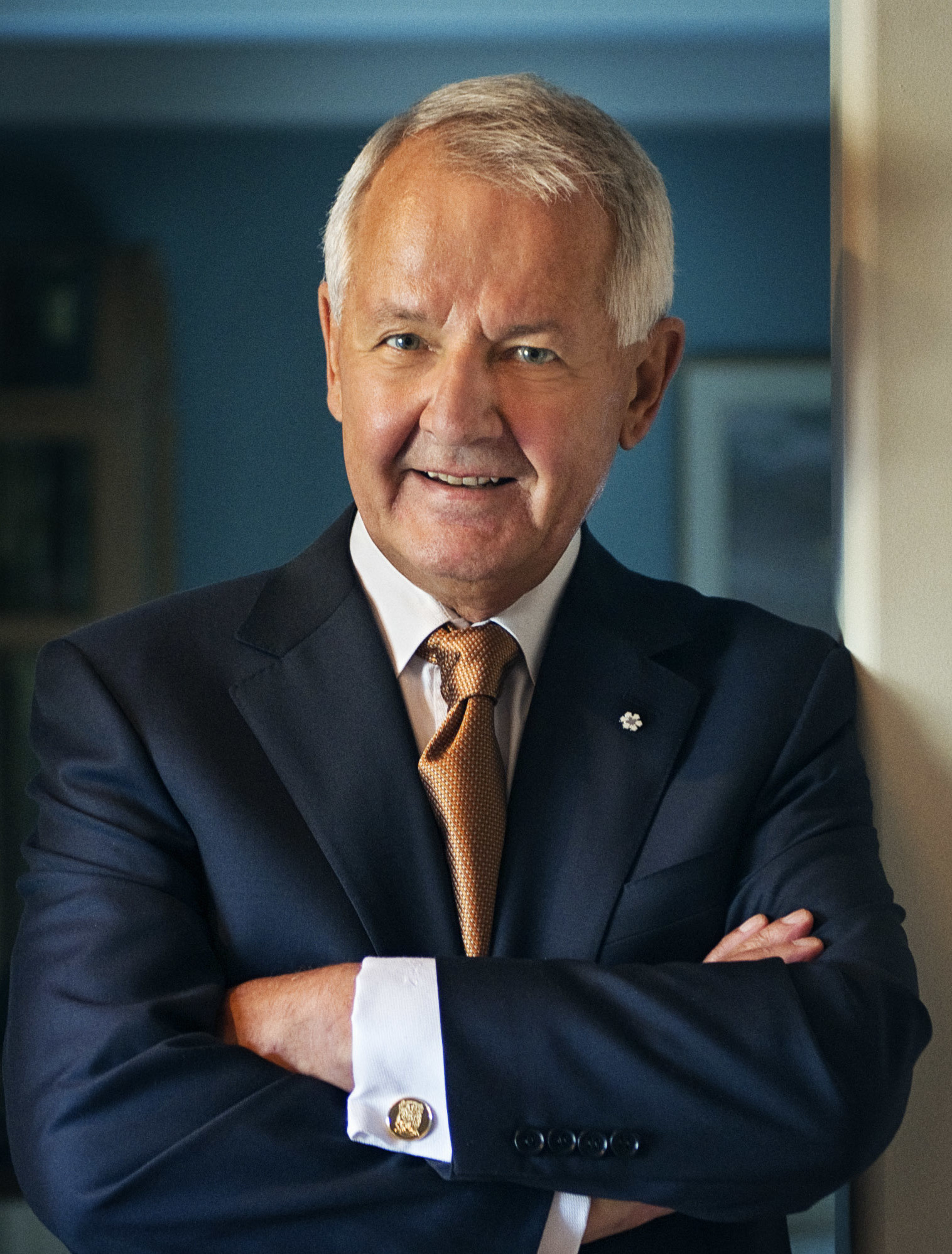 It is with profound sorrow that we announce the death of husband, father, uncle, cousin and friend, Peter Elmer Zakreski on February 5, 2020 at the Palliative Care Unit in St. Paul’s Hospital. Lung cancer may have been his final undoing but by it he was not undone. He died much as he lived – quietly, tenaciously, hardly complaining, bursting with love, gratitude and spreading laughter when he could. His was a beautiful death, surrounded by family, tranquility and love.

Peter started out in the same hospital eighty and a half years ago on June 28, 1939. He grew up on a farm near Alvena, but the self-described boy from Alvena spent most of his adult years in Saskatoon. In truth, the city never had a greater fan. He is an alumnus of St. Paul’s High School Class of 1957 and earned his B.A. from the University of Saskatchewan in 1961. He joined Federated Cooperatives that year as a Personal Officer. By 1978 he had risen to the rank of Senior Vice President of Human Resources and Industrial Management, a post that he held until 2010. Of his forty-nine years with Federated Co-op he was proud to say that there wasn’t a single day that he didn’t wake up excited to go to work.

Peter’s rock was his faith. He carried the Prayer of St. Francis in his wallet and prayed it daily. It was his code for how to live – always putting others ahead of himself and being a channel of God’s mercy and love to his family and to countless others lucky enough to have known him. He always listened before he spoke and always insisted on picking up the tab. He would have sought to console us in our present darkness with a hug, an assurance that he will always be with us, that we honor him by helping others and with a simple whispered message of hope from his favorite prayer, “it’s in dying that we are born to eternal life.”

It was from this faith foundation that his astonishing record of public service sprang. First, with parish councils, spreading to community associations, City Council, alumni associations and then major community events like the Canada Games and the World Junior Hockey Tournament. He served on dozens of community boards, as a member, chair or president. A Rotarian and a Knight of Columbus. He was a phenomenal community volunteer with a reputation of getting things done. Even Saskatoon didn’t contain him as he and Elaine founded Hope for Malawi Foundation, a charity that has built schools, a medical clinic, bridges, wells and two churches in Malawi. Nearing eighty, Peter still greatly enjoyed serving as a Citizenship Judge and swearing in recent immigrants to Canada.

For his philanthropy and community involvement, he received the Order of Canada in 2002. He also was named CFQC    ‘s Citizen of the Year, awarded B’Nai Brith’s “We are Proud of You Award”, received the U of S’s Alumni Humanitarian Award, was inducted into the Saskatoon Sports Hall of Fame as a builder, received the Saskatchewan’s 100th Anniversary Medal, St. Thomas Moore’s Distinguished Graduate Award, Queen Elizabeth’s Golden Jubilee Medal and recently the Saskatchewan Red Cross’ Humanitarian Award for his and Elaine’s charitable work in Malawi. There is even a park named after him in Stonebridge. Former mayor, Cliff Wright, probably said it best at the B’Nai Brith Dinner, “we told Peter our secrets, we told him our dreams, the secrets are still secrets, the dreams have all come true.”

Peter is survived by Elaine, his wife of 58 years. She was his inspiration, constant companion, foundation and fountain of youth. He is survived by his children who were his pride and joy, Michael (Tammy Folsom), Terry (Cynthia Nave), Laurie (Stephan Glaude) and Lynn. He welcomed into his heart all the friends, spouses and stepchildren that his children brought into his life as his own. He loved and spoiled his grandchildren, Ellen and Erica (children of Michael and Lynn Coates), Alexandra (child of Terry and Cynthia Nave), and Peter and Kathleen O’Keeffe (children of Lynn and Eamon O’Keeffe). He was never too busy for his children, finding time to drive them to their many activities and events. They could not have asked for a better father and he was a father figure and friend to many, including our beloved Fr. Stefano Penna.

He is predeceased by his parents, Nellie and Stanley and his brother, Orest (who probably fiddled Peter in). He will also be joining his mother and father-in-law, Henry and Ruth Leier, brother-in-laws, Joseph Gillies, Henry (Bing) Leier and sister-in-laws, Norma Zakreski and Lynn Leier, his nephew, James Gillies and nieces, Mary Gillies, Carol Zakreski and Janice Zakreski. Many of his closest friends await him. Peter’s parties, particularly his backyard ones, were legendary. He loved hosting them. He was an incredibly generous man. As much as there is sorrow in this life at Peter’s passing, there must be great joy in the next.

The Zakreskis are greatly appreciative of the compassionate and competent care their father received from his family physician, Dr. Cyprian Enweani, the Saskatoon Cancer Clinic, the Respiratory Unit at RUH and St. Paul’s Palliative Care Unit. They are especially grateful for all the nurses who were involved in Peter’s care who do God’s work day in and day out. There are many family and friends who stepped in to help with support and good cooking. May your generosity be paid back to you tenfold, to the power of Peter.

That distinctive twinkle that was in his eyes may have gone out but it now shines above us, inspiring us to do what we can to make our world a better place.

Donations in lieu of flowers please to the Hope for Malawi Foundation Inc. or the St. Paul’s Close to Home Campaign. A  public visitation for family and friends will take place  at Saskatoon Funeral Home at 338 4th Avenue North on Wednesday, February 12 from 7:00 -9:00 pm. The Prayer Vigil  will be at St. Anne’s Roman Catholic Church, 217 Lenore Drive, at 7:00 pm on Thursday, February 13 (with reception to follow) and Mass of Christian Burial will be celebrated at 11:00  am on Friday, February 14 at the Cathedral of the Holy Family at 123 Nelson Road (with reception to follow).

Share Your Memory of
Peter
Upload Your Memory View All Memories
Be the first to upload a memory!