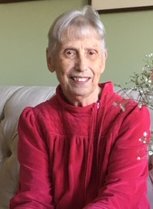 It is with heavy hearts we announce the passing of Shirley Skelton. Shirley was pre-deceased by her parents James and Edith Kirk and her husband Robert (Bob) Skelton. She is survived by her son James Skelton; daughter Tracey (Arnie) Deschner; grandchildren Julian Bernard; Darien (Breana), Collier, Maryn and Hollis Deschner; brothers Ken (Lenore) and James Kirk; numerous nieces, nephews, cousins and friends chosen to be family. Shirley was born in Swan River, Manitoba but only lived there a short time as her family moved to British Columbia around 1943. Her childhood, teenager and young adult years were spent in many areas of Lower Mainland, BC including Vancouver, Stave Falls and New Westminster. A lifelong learner, Shirley started her post-secondary education at University of British Columbia but upon realizing her true calling to be a nurse she left UBC and obtained her nurse’s training at the Royal Columbian Hospital in New Westminster, BC where she graduated from in 1961. 1961 was a busy year as Shirley married Bob on October 6th that year and following the wedding, she made the big move to Saskatchewan and made Saskatoon their home. Shirley started her career in the late 1960s and a large portion of that career time was in the employ of Simpson Sears. She started there in the Personnel Department as an Occupational Health and Safety Nurse, then she desired a change so she transferred to the Drapery Department and worked her way up to being the Manager of that department. Not one to sit on her laurels, and always seeking knowledge and educational challenges, in the late 1970s longing to get back to her roots in Nursing she once again shifted gears. After obtaining her Nursing recertification, she began her second nursing career at Saskatoon City Hospital. She worked in various departments there, but Pediatrics was always her favourite. She loved the unbridled joy the kids showed even when facing tough times. Shirley was very much a community-minded person and her involvement with many organizations through the years was vast and varied. A few near and dear to her are: St David’s Trinity United Church, Saskatoon Housing Coalition, Canadian Mental Health Association, Saskatchewan Schizophrenia Society and Job’s Daughters. She enjoyed her association and work with all ages and genres of those in these organizations, but she was always particularly thrilled when the work she was doing touched the lives of youth. Shirley was bestowed with many accolades through her involvement with these organizations (nominated for Saskatoon YWCA’s Women of Distinction Award in the area of Social Activism in 1997, recognition award of her work done with the Saskatchewan Schizophrenia Society in 2003, many citations of respect and thanks from other organizations) but the one she and her family are most of proud of is having the Saskatoon Housing Coalition bestow the honour on her of having one of their housing units named after her. “Shirley Skelton Manor” on Camponi Drive in Saskatoon was opened and named in her honour on October 14th, 2014. A testament to her tireless dedication and efforts to assist those in the community in need of affordable housing. Shirley’s artistic talents were displayed in several mediums: Knitting, crocheting, sewing, folk-art painting, baking and cooking. Her true artistic loves though were displayed in her gardens and in her water colour paintings.  Other hobbies of hers included curling, square dancing, bowling, lawn bowling, ceramics and reading. Shirley’s love of knowledge was very apparent in the extensive travelling she did. She so appreciated the cultures and history of every country, city, town, and village she was fortunate to visit. Family meant everything to Shirley.  Any time she could spend with family, she did. There was always an open door at her home and all were welcomed in. She will be sorely missed by so many. In lieu of flowers, donations in Shirley’s name may be made to a charity of your choice. A Service of Remembrance will be held on Saturday, February 15, 2020 at 2:00 pm at Saskatoon Funeral Home, 338 4th Ave N.