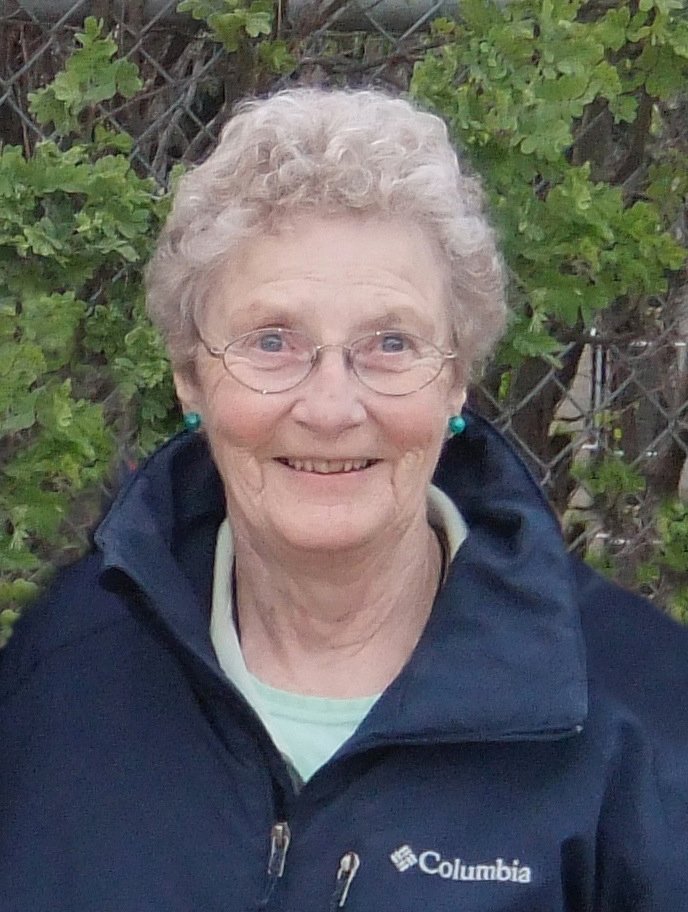 Watch the recording of the service at https://video.ibm.com/embed/recorded/127865057

It is with great sadness that the Booth family announces the death of Marie Booth. Marie passed peacefully at her Saskatoon residence on April 5, 2020, at the age of 82. Marie is survived by her son Jack Booth and his children Jordan (Hiroe) and Carlee; son Del Booth, his wife Brenda and their children Teagan and Parker; son Doug Booth (special friend Pat); sister Betty (Ferg) Devins and their children Donna and Kent and sister Eleanor Blanchard and her children Judy and Bill as well as great-grandchildren Roy and Layla. She was predeceased by her husband Dennis Booth, mother-in-law Laura Booth, parents Alex and Elsie Ireland, brother Rodney Ireland, and brother-in-law Don Blanchard.

Marie was born in Souris, Manitoba on January 31, 1938 to Elsie and Alex Ireland. She was raised on the family farm with her two sisters and her brother. She attended Deleau Consolidated School until completing grade nine in 1954. Marie married Dennis Booth in Hartney, Manitoba, on October 1, 1960 and had three sons. She worked as a telephone operator in Manitoba as well as at The StarPhoenix and many years for Saskatoon Home Care. The family relocated a few times, living in Weyburn and Brandon then settled in the River Heights area of Saskatoon in 1973.

When Marie was young she enjoyed playing sports, including softball, curling, and bowling. She also enjoyed watching her children participate in their sporting events, becoming a passionate fan and proud parent. There were many trips to Sturgeon Lake with family and friends, including a lot of Kaiser games with Len and Shirley. Marie was also an animal lover and took regular walks with the family pets around the neighborhood.

Marie had many good times with family and friends. She took joy in attending and hosting holidays and family functions, going to bingo with Darlene and Rita, cards with Steve and Sharon, road trips with Bob and Shirley, and visits with her neighbour Del. Marie will be lovingly remembered and dearly missed.

Due to the current social distancing restrictions of the Covid 19 pandemic, the graveside memorial service will be postponed until a later date.

For those wishing, donations in Marie's memory can be made to The Alzheimer Society of Saskatchewan or Diabetes Canada.

Share Your Memory of
Marie
Upload Your Memory View All Memories
Be the first to upload a memory!