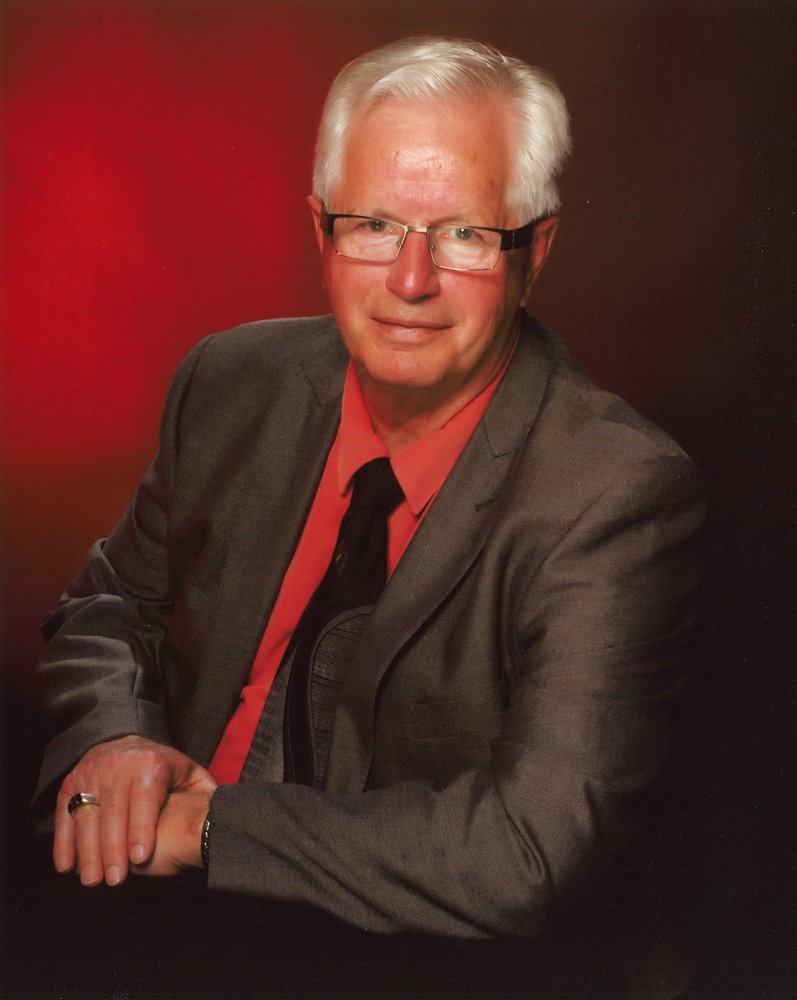 Ross was born in Eden, Manitoba, where he went to school for 11 years taking Grade 12 in Edmonton. His university years were spent in Brandon and Winnipeg. Finishing his training to become a teacher he taught at Shilo and then at Russell where Lisa and Christopher were born. Ross and family moved to Saskatoon in 1982 where he started teaching at Aberdeen. He also taught at Clavet and Allan. Ross loved sports. His favorite was baseball shown by two teams he played on being inducted into the Manitoba Baseball Hall of Fame. As a teacher he reffed a lot of sports especially football. For this he was inducted into the Manitoba Football Hall of Fame. When he let baseball go, Ross turned to curling and golfing where he made many friends and saw a lot of rinks and golf courses.  Ross enjoyed music whether it was listening to his grandchildren playing instruments or dancing with Judy. “It’s a Wonderful World” was a favorite song. In the last 30 years Ross enjoyed combining his love of golf with Judy’s love of camping. From tent to a park model at Candle  Lake Ross was open to any new adventure. Ross is survived by his loving wife, Judy of 30 years; his children Lisa (Grant) Weir, Christopher (Evette) Graham, Judy’s children; Ron Folk, Tracy Folk, Craig (Christi Fallows) Folk, Grandchildren; Melissa, Christopher, Kristen, James, Rachel, Nicholas, Jessica (Jon), Mitchell (Nicole), Max, Sam (Des), Kaeleigh, Hunter, Chase, Great-grandson Emmett, sister Irene Steen, in-laws Freida Graham, Joyce Graham, Merilyn and Barry Kirk, Terri Folk and numerous nieces and nephews. Ross was predeceased by his mother and father Orville and Elsie Graham, brothers Gerald, Max and Mervin and his parents-in-law Harvey and Madge McNaught. Due to the assembly and gathering restrictions currently in place the family is planning a Life Celebration Gathering to take place in Saskatoon  at a future date which will be announced at that time.

Share Your Memory of
Ross
Upload Your Memory View All Memories
Be the first to upload a memory!