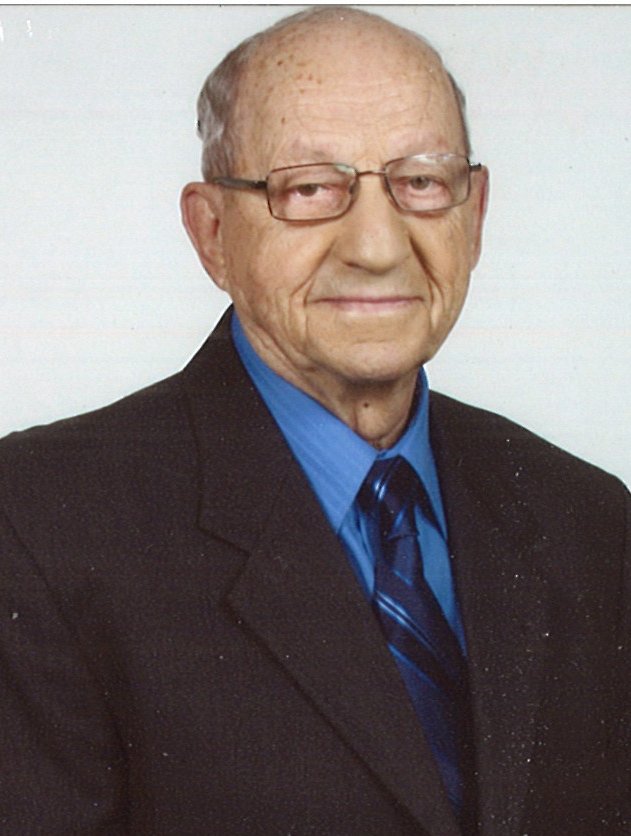 Fred was born on March 17, 1931 on a farm in the Wakaw District, youngest of three children of Peter and Effie Schitka.  He went to school at Bonne Madone and then stayed on the farm to help his parents with their farming.

Fred met Alexandria at a country dance and they were married in October 1952.  Their union was blessed with their son, Dale in 1958.

After farming for 15 years, they moved to the town of Wakaw, where Dale attended school and Alexandria was employed at the Bank of Montreal.  Fred continued to farm from town.  Here, he became actively involved with the Wakaw Lions Club holding all administrative positions and coaching minor hockey and baseball.  He was a member of the Sask Wheat Pool, a member of the Wakaw Flying Club and part owner of an airplane having obtained his private pilot’s license.

Fred enjoyed hunting and fishing trips with his friends, vacations to Hawaii and a Caribbean Cruise with Alexandria.  Fred and Alexandria moved to Saskatoon in 2001 where Fred enrolled in a Security Course at the Corporation of Commissionaires. As a Commissionaire, he worked 11 rewarding years at the Saskatoon Police Station having seemingly found his second calling.  He retired in 2016.

Fred is survived by his loving wife Alexandria, his son Dale (Wenda) of Calgary, grandson’s Barrett of New York and Brandon of Calgary, one brother Michael Reagan of Oakville, Ontario, brother-in-law Harley Welsh of Saskatoon, numerous relatives and friends.

Fred was predeceased by his parents Peter and Effie Schitka, his nephew Donald Reagan, sister Anne Welsh and his sister-in-law Helen Reagan.

The family would like to thank the doctors and nurses at the RUH for the care and comfort for Fred during his illness.

In lieu of flowers, donations can be made to the Canadian Cancer Society.

Share Your Memory of
Fred
Upload Your Memory View All Memories
Be the first to upload a memory!