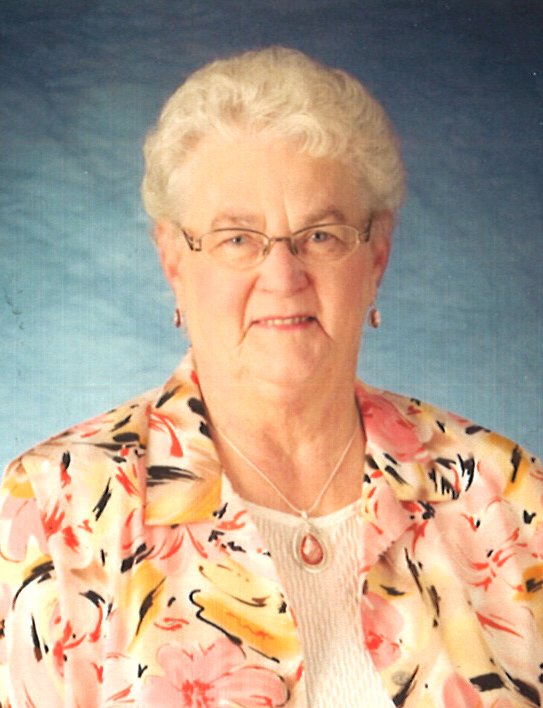 Esther passed away peacefully in St. Paul’s Palliative Care.  Esther is loving remembered by her 3 children; Gordon (Rhonda), Gary (Wendy), and Valerie (Randy); Grandchildren – Shaun (Stacey), Chad (Terrilynn), Branden, Tyson (Lara), Jason (Ivy), and Janie (Jeremy);  Great-Grandchildren – Ravyn, Sydney, Sawyer, Crosby, and Blaine; Her two sisters, Bernice and Irene and brother Ivan. Esther was predeceased by her husband, Charlie and brother Walter.  Mom was a loving and caring lady that held her love for her family very close and was proud of each and every one of them.  Mom was her happiest when she was around her Grandchildren and Great-Grandchildren.  She was a very social and outgoing person that had a positive attitude and great sense of humor that even cancer couldn’t take away from her.  She was always doing something for someone, whether it was baking buns, making potato salad or being part of the group that made pies for fundraising for ‘Stars’.  One of her best enjoyments was spending time with her two sisters, Irene and Bernice and playing cards with her friends. Our family would like to deeply thank the palliative unit for their compassionate care over the past few weeks.  In lieu of flowers, please consider a donation to St David's Trinity United Church 3318 Merritt St, Saskatoon, SK S7M 3P6. A small private gathering will be held at a later day.

Share Your Memory of
Esther
Upload Your Memory View All Memories
Be the first to upload a memory!