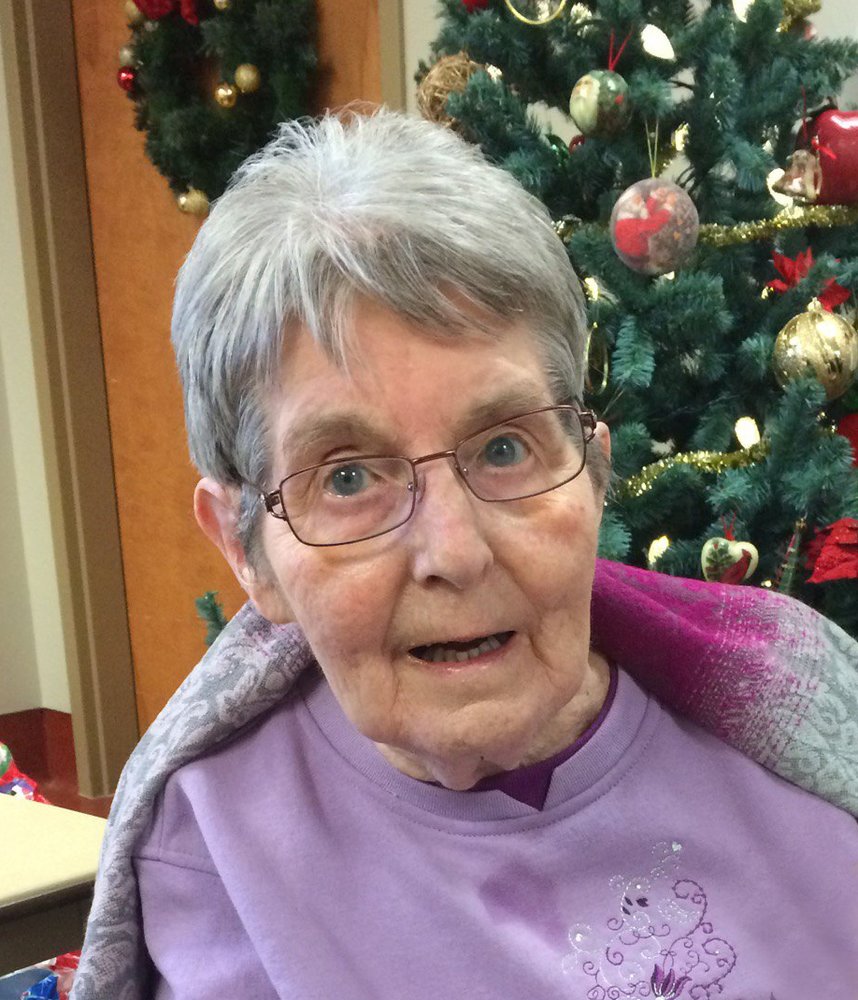 Watch the recording of the service at https://video.ibm.com/embed/recorded/128250362

Bernadette (Binnie) was born on March 27, 1930, the sixth of thirteen children, to Fred and Annie (nee Paproski) Syroteuk at home on the family farm. She attended Badger School, in the Wolverine district. On October 19, 1954, Bernadette married Edward (Eddie) Knaus in the Wolverine Ukrainian Catholic Church. They were blessed with three children: Lyle (October 9, 1958); Kelli (April 21, 1961) and Cathy (February 4, 1963).

Throughout her life, family was always her number one priority. She learned to share the workload with her brothers and sisters at home and later taught that skill to her own children.

Bernadette was a hard-working farm-wife. She worked alongside Eddie in the fields before the children arrived, always grew a big garden, raised chickens and helped with the milk-cows and pigs.

She was active over the years at St. Scholastica Parish (Burr), St. Mary’s Parish (Lanigan), and St. Augustine Parish (Humboldt). She was also secretary-treasurer of the Attica Community Centre and secretary of her bowling league in Humboldt.

Bernadette was an accomplished seamstress. Her mother-in-law taught her to knit socks and mittens. She also made warm, practical quilts out of her scraps.

She baked the most wonderful bread, buns, pies, cakes and cookies. Bernadette was an excellent cook too. We loved when she made perogies, cottage cheese rolls and cabbage rolls.

Eddie & Bernadette operated a mixed-farming operation in the Attica District for 43 years, until 1997 when they moved to Humboldt.

From 1980 to 1992, Bernadette worked part-time at the Lanigan Union Hospital as a housekeeper. It was her only ‘paycheque’ job. She gained a new confidence and freedom but her family still remained her first priority.

In retirement, Bernadette enjoyed gardening, bowling and golfing until 2014 when, at the age of 84, she moved to Saskatoon to be closer to her children.

Bernadette loved her four grand-daughters and especially enjoyed them as babies and toddlers. She absolutely lit up when they were around and she would scheme up babysitting gigs to have time with them one-on-one. The addition of four great-grandchildren was an added blessing to her life.

Share Your Memory of
Bernadette
Upload Your Memory View All Memories
Be the first to upload a memory!