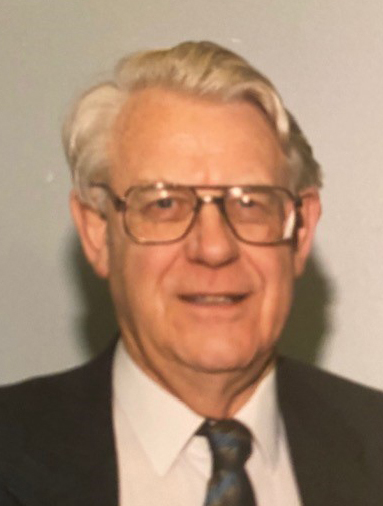 Christopher Dean passed away peacefully in the early morning of November 6th, 2020. He was born in Middlesbrough England on March 13th, 1930. His greatest joy was his family and left to grieve are his wife Jeanette, his three children Christopher, Andrew (Cathy) and Kathy and muched loved grandchildren and great grandchildren, together with his brother Allan and his sister Irene in England. He gained his PHD on the phonology of Yorkshire Dialects at the University of Leeds where he met Jeanette, a fellow student. They were married there in 1953 and he had his first University position at the University of Malaya. The family immigrated to Canada in 1959 where he taught at Queens University and the University of Western Canada. He eventually stopped moving westwards and taught at the University of Saskatchewan for thirty-two years. He gave numerous papers on phonology, Old English and Medieval Literature all over the world. Late in his career he specialized in Arthurian Studies, becoming the Canadian authority in the field, giving papers in Europe, and writing books on Arthur, Merlin and Guinevere. He loved teaching and particularly enjoyed working with senior classes for ten years after his retirement. Chris was a man of many parts. He and Jeanette together enjoyed life to the fullest and giving back to the community. He was a lay reader in the Anglican Church and treasurer for several churches, clubs and UNICEF Saskatchewan. He ran Gateway Box Office and did the program for several years. He loved to travel and he was a gifted and meticulous photographer. The travel shows he made, together with exhibitions, were shared with many groups and libraries in Saskatoon. Singing, woodwork, renovating, chess and bridge all had a part in his life. He played cricket, as wicket keeper and opening bat for the R.A.F. In England and the R.M.C. in Kingston, and was an avid soccer watcher who loyally supported his little hometown team. A favourite hobby was stamp collecting and after retirement he and Jeanette began a small philatelic business and travelled to shows across Western Canada. This was a whole new world. They didn't make much money but they had fun and made so many new friends. Whatever he undertook he did well. Most of all he cared for Jeanette lovingly and completely over many years as her mobility grew steadily worse and he never gave up. Because of Covid 19 there will only be a family service at this time on November 14th and hopefully a Memorial Service next spring. In lieu of flowers Donations may be made in his name to "Operation Smile ".

Share Your Memory of
Christopher
Upload Your Memory View All Memories
Be the first to upload a memory!