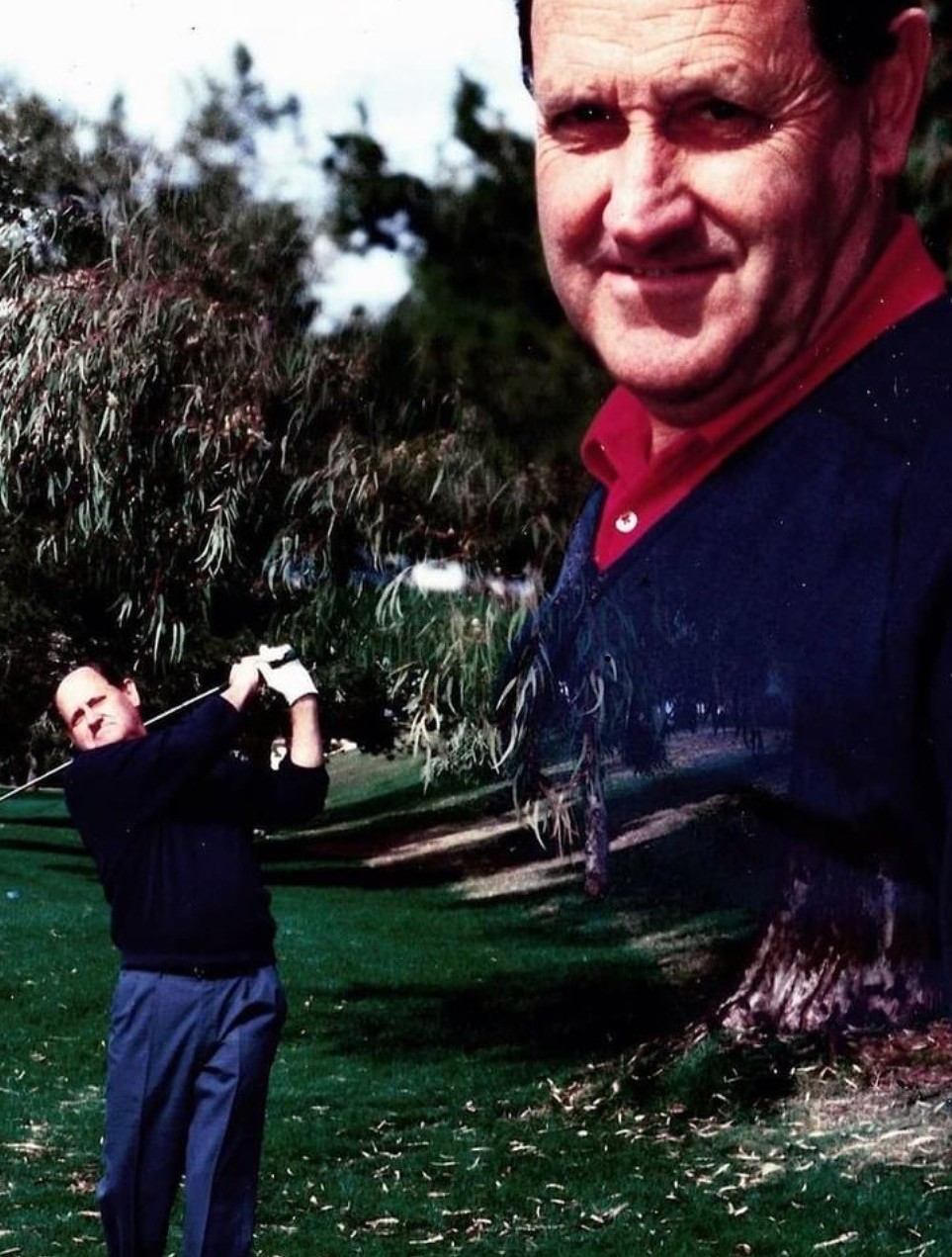 Danny was born at home in the village of Neuhorst.  His parents, Aaron and Katherina (nee Miller) already had five children, Carl, Helen, Bill, Henry and Martha (two more girls, Susie and Elizabeth died as infants), so Danny was born into a vigorous, young family.  On Christmas Eve in 1931, Katherina died.  In their terrible grief, Dad was left with a business to run and six young children to raise.  Dad’s in-laws, came in to help.  Fred Miller came in to help with the store, and Katherina’s two younger sisters, Helen and Marie came in to help with the children.  Dad slowly overcame his grief, and in July of 1933, he and Helen Miller were married.  Two more children, Margaret and Jacob were born to form a family of eight children with Mom and Dad.
Danny’s childhood was spent on the village.  He was bright and athletic following in the footsteps of his older brothers.  Softball and hockey were his favorites.  In 1947, Dad took over a service station on Highway 12, 24 miles north of Saskatoon.  Danny had finished Grade Eight but with no nearby high schools, Danny completed Grade Nine and Ten by correspondence, helped Dad in the store, and tried his wings in business.  One early venture saw him selling Aluminum cookware, another found him collecting old batteries from the surrounding community and taking them into town to recycle the lead, which was in high demand after the war.  In 1950, the family moved into Saskatoon.  Danny enrolled at the Saskatoon Tech to finish high school.  He also followed his love of hockey by getting a part time job at the old Arena.  Danny immediately made many friends.  In Grade Twelve, he was elected Senior Ring by his fellow students.  After high school, he took several different jobs, including short stints playing minor league hockey and baseball, before joining Saskatoon Motor Products as a car salesman.  He was a natural at this job, but he wanted to be his own boss, so he left to start his own business, Ens Older Cars.  Harold Mann, his former boss at SMP helped and encouraged him in this venture, shipping old cars to the lot for Danny to sell on consignment.  Danny was an excellent business man, and the business flourished.  During this time, in 1957, Danny and Pat Fitzpatrick were married.  Their daughter Judee Jaye was born in 1960.  Due to unforeseen circumstances, Danny had to take on the role of single father – a task unheard of at the time.
Like his father before him, Danny turned to his family for help.  He asked his oldest sister, Helen, a single mother of two girls to move into his house and help with raising Judee.
Helen delighted in taking care of her niece, and her daughters, Frieda and Ruby looked on Judee as their sister.  In 1967, Danny and Karen Hynes were married and subsequently they had two children, Erin and Josh.  Aside from his business, Danny retained a lifelong interest in sports, particularly golf, which he enjoyed with friends in their winter home in Fountain Hills.  During all this time, Danny’s business, which by now had become Ens Toyota flourished.  The business community, and his customers respected Danny for his integrity and his deep desire to help his customers meet their needs.  Many people in Saskatoon would say, “I bought a car from Danny” even if they had only glimpsed sight of him in the store.  As time passed, Danny slowly turned the business over to Erin and Josh.  Danny did not express feeling easily, but the pride and joy he felt for his children could be seen by everyone.  As his health and energy failed over the last two years, he was able to stay in their home by the dedicated help of Karen and his children.
Danny was predeceased by his mother Katherina, his father Aaron, brothers Carl, Bill (and wife Mabel), Henry (and wife Barbara), his sisters, Helen and Martha and his Mom, Helen.
He is left to mourn by his wife Karen, children, Judee (Evan Froom), Erin(Shawn Tomyn) and Josh, grandchildren Tyler and Nolan, their Dad Jeff Rohlicek, and great-grandson Alden, sister-in-law Genevieve, sister Margaret, brother Jake and his wife Barbara, and many nieces and nephews.

Flowers are gratefully declined.  Memorial donations can be made, in Danny’s name, to Mennonite Central Committee through their web site, mccsk.ca. Condolences may be left at www.saskatoonfuneralhome.com  Arrangements entrusted to SASKATOON FUNERAL HOME (306) 244-5577.

Share Your Memory of
Daniel
Upload Your Memory View All Memories
Be the first to upload a memory!