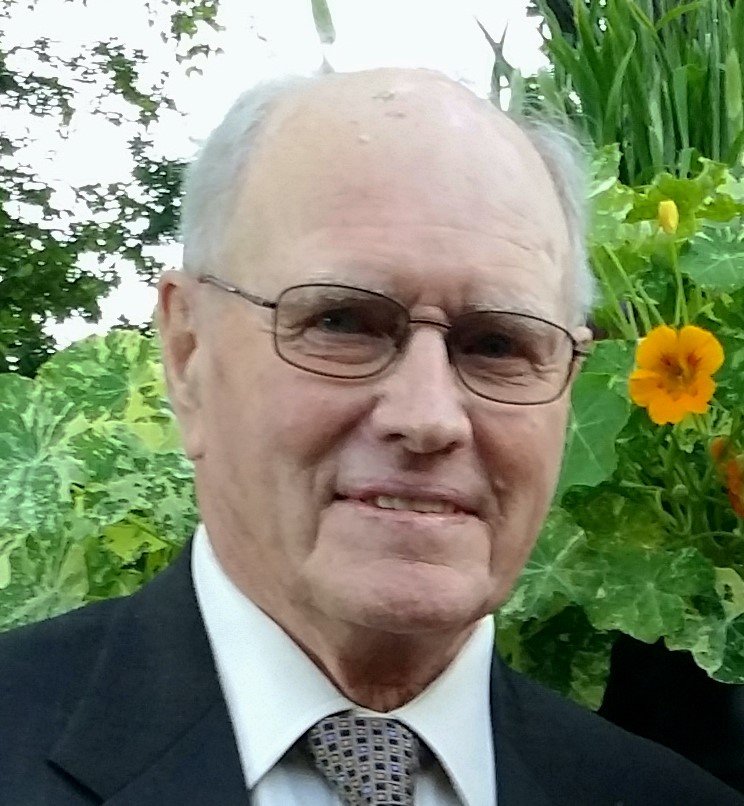 Fred quietly slipped away on December 29 at his home in Saskatoon surrounded by family. Born in Meyronne, Saskatchewan, Fred grew up on a farm 10 miles north of Kincaid. The son of Isabelle and Isaac Fulton, Fred attended Obthorpe school before finishing high school in Kincaid. Moving to Saskatoon to start university, he completed his Bachelor of Science in Agriculture at the University of Saskatchewan in 1950.

He and Norma met on the steps of the Thorvaldson Building on the way to the Agro Wiener Roast in Devil’s Dip. They were married on July 10, 1954.

Fred was a farmer, an educator and a community-builder in equal measure. A true gentleman, he was a member of an inspirational generation that built and sustained the institutional fabric of the province.

With his graduation from university, Fred began a farming career in Kincaid that lasted more than 60 years and a teaching career in vocational agriculture that spanned more than 40 years. In 1954 he joined the faculty of the School of Agriculture at the University of Saskatchewan; over the next 38 years he taught the VocAgs everything from rural sociology to public speaking during the October-to-April school year. One of the consequences of his teaching was that he knew someone in virtually every part of the province; it was impossible to go anywhere without him making a connection with whomever he happened to meet.

One of Fred’s great strengths was that he practised what he taught, and he taught what he practised. In the classroom, he spoke with the authority of experience. On the farm, he was an early adopter of new technology – he operated a very successful farm and was viewed as a key knowledge leader.

As a community builder, Fred was an active member and leader of Glencaid United Church, Grosvenor Park United Church, the Agricultural Institute of Canada, the Saskatchewan Agricultural Graduates Association, the Golden K’s, the University of Saskatchewan Alumni Association and the Royal University Hospital Foundation. To all these roles he brought commitment, a sense of humour and a strong sense of doing what was right.

In all his work, Fred was a problem solver. On the farm, he could fix anything, in the process making it better than it was originally. At work, he was always ahead of the students – for example, introducing them to computers well before such tools were the norm. Fred was the consummate adult educator, someone who truly lived up to the theory and practice he formalized in his 1972 Masters in Continuing Education degree.

Fred always saw the best in people, and he would go the extra mile to make sure people were treated well. He was devoted to Norma, his wife of more than 65 years, serving as her primary caregiver during her final years.

Fred is survived by his children Murray (Leona Theis), Joan, Glen (Teri Courchene) and Donald; his sisters Ruth Taylor and Verna Ward; and his grandchildren Michael, Lauren, Eric and Owen. He is predeceased by his wife, Norma, and his parents. The family would like to thank the caregivers from the Saskatoon Health Region’s Home Care for their compassionate and loving care of Fred, and for their willingness to do those little extra things for someone they clearly admired. In lieu of flowers a donation can be made to the Scholarship Fund in the College of Agriculture at the University of Saskatchewan (https://donate.usask.ca/online/advancement.php).

Share Your Memory of
Fred
Upload Your Memory View All Memories
Be the first to upload a memory!