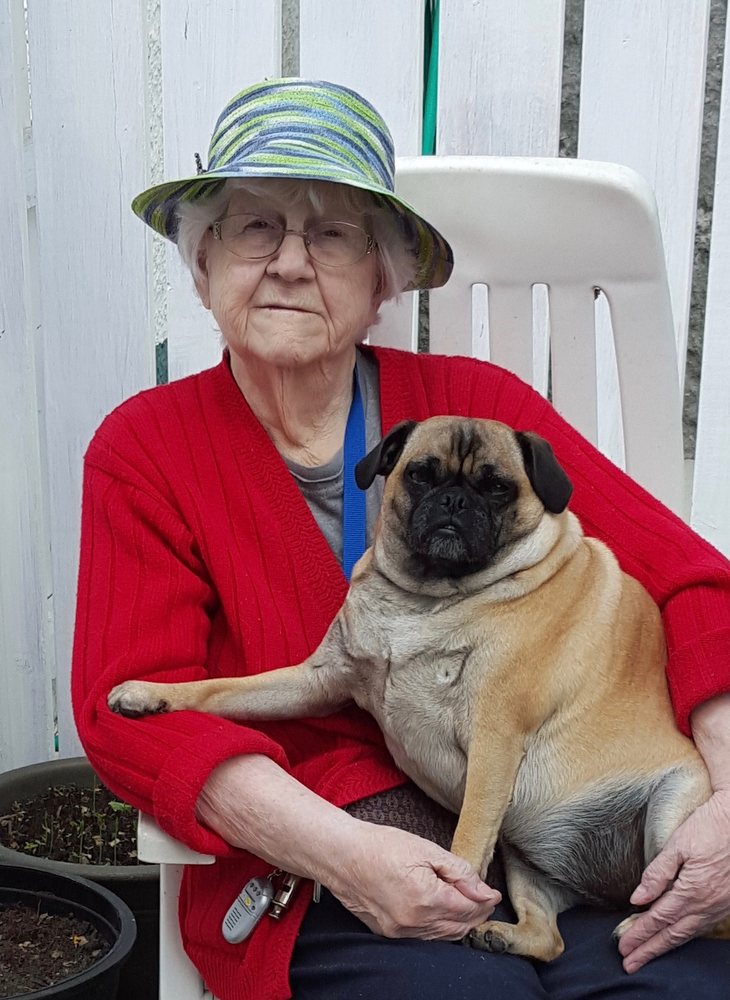 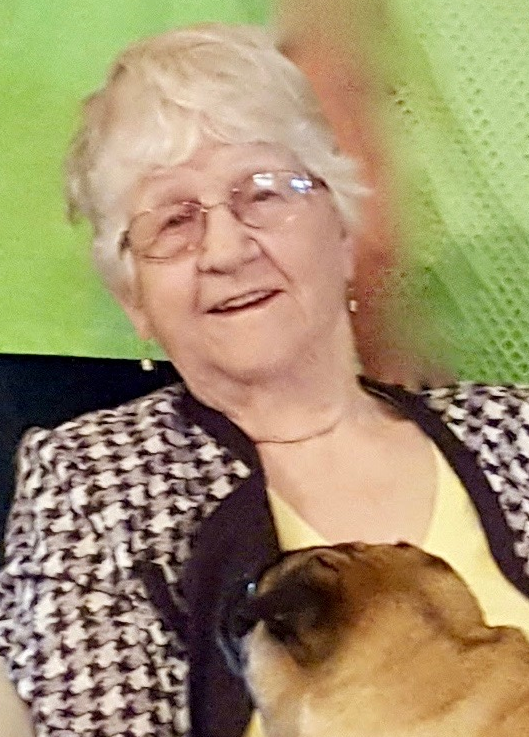 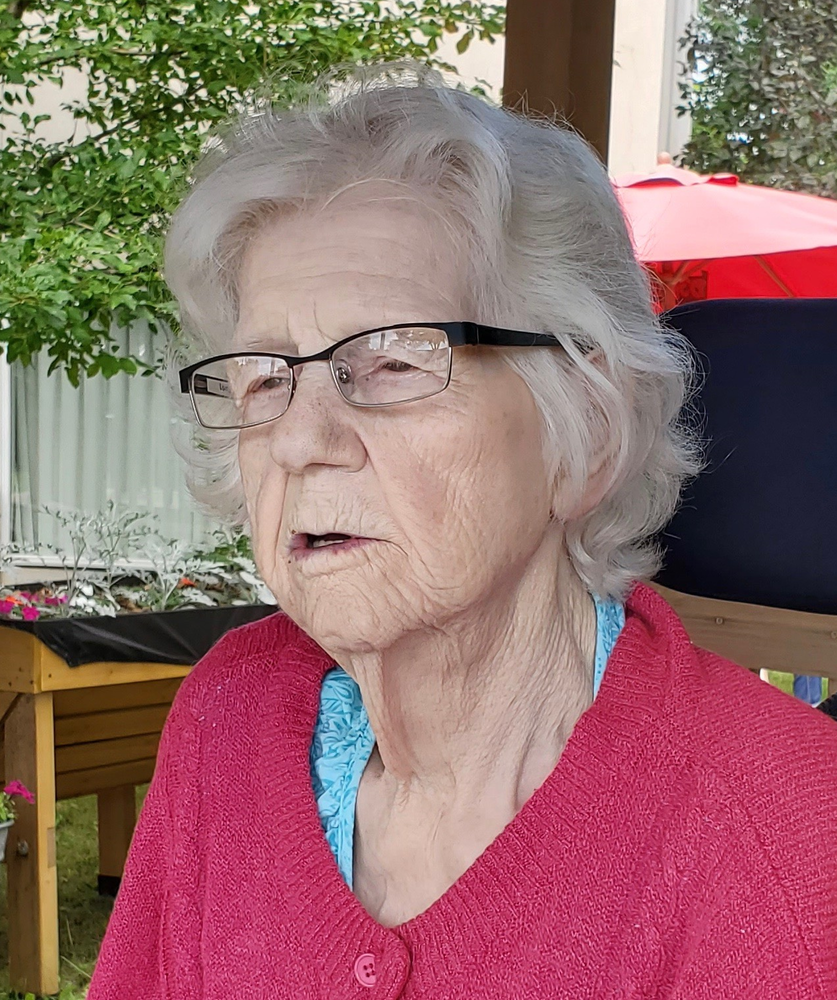 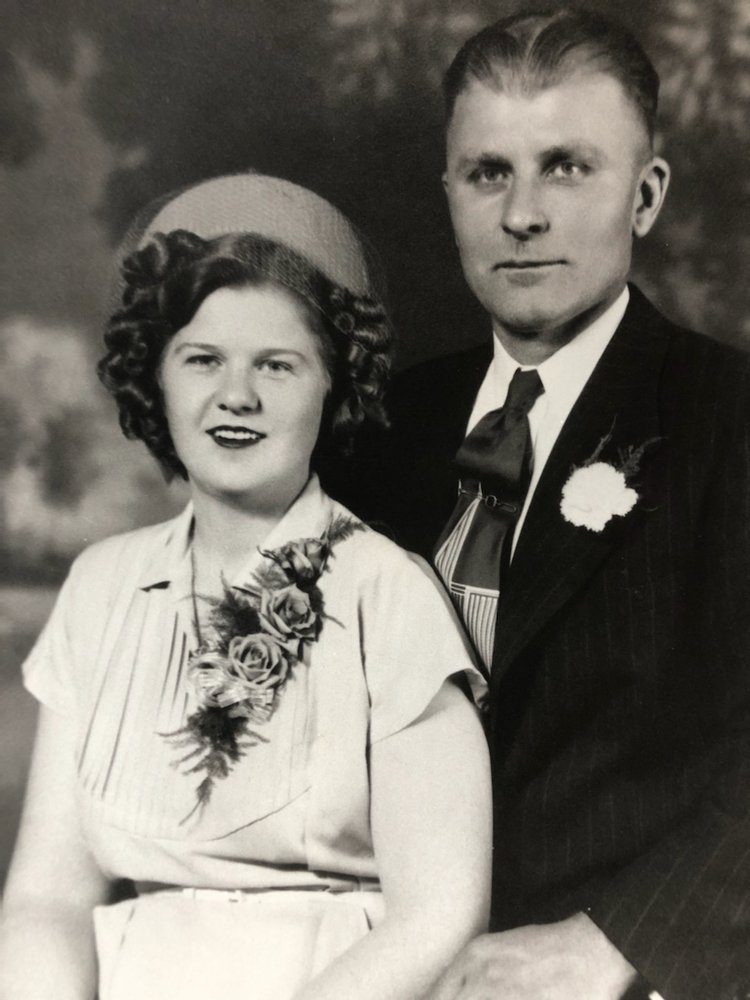 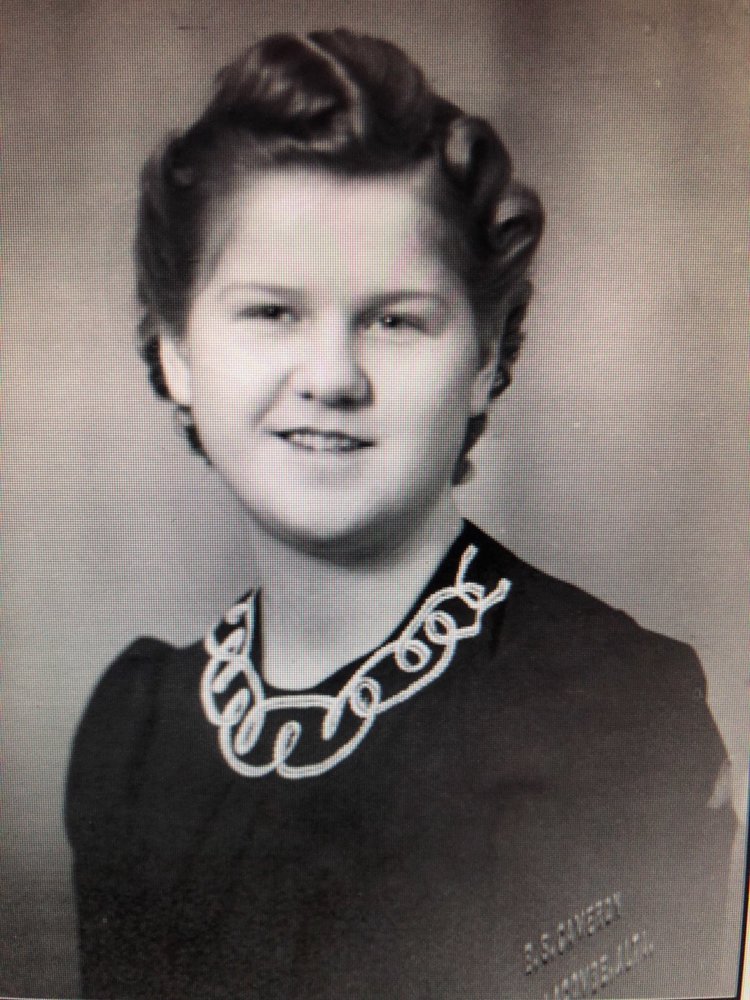 On February 17, 2021, Leola Jean Germin passed away peacefully, relaxing in her chair, at Stensrud Lodge in Saskatoon, SK. She was 95 years old.

Leola was born and raised in Red Deer, AB, the sixth child of eight for Alexander and Myrtle Gehrke.  She was predeceased by: her husband, Joseph, in 1980; all of her siblings, Melville, Eleanor, Irene, Kenneth, Howard, Audrey, Betty; as well as daughter-in-law Rhonda Nelson (George) and son-in-law Glenn Antoniuk (Barbara).

Leola married Joseph Germin in 1949.  They resided in Edmonton briefly, then moved to Saskatchewan’s Cavell-Leipzig district, to try their hand at farming.  When circumstances necessitated the farm to be sold, the couple moved into the town of Leipzig, where Joe opened “Germin's Garage” and Leola operated the local post office.  The following years brought moves to Wilkie and Lloydminster, as they raised their four children.

Leola will be lovingly remembered by: her daughter, Patricia (Douglas), her daughter Barbara, her daughter Kathleen and her son George; also, cherished memories reside in the hearts of her six grandchildren, Adam (Carly), Derek (Loretta), Laura (Dan), Beth (Bryn), Ryan (Elena) and David (Melanie); she also leaves 14 great-grandchildren, who delighted her immensely.

Leola was renowned for her outstanding memory and her skill with numbers.  She was like a walking encyclopedia database!  She never forgot a birthday!  She was excellent at sewing, knitting and crochet.  She was proud and happy to work at jobs where she could cook for large groups of people (“for the public”, she would say) in cafes, KFC, restaurants, and hospitals. Folks will fondly chuckle as they recall Leola's many unusual and unique expressions and phrases …. and “Holy Nellie”, there were many!  Leola loved babies, little children, animals, Country & Western music, and old crooners (Bing Crosby).

During various phases of her life, Leola’s other passions included gardening, bowling, playing bridge, collecting coins, assembling jigsaw puzzles, and playing on the women's baseball team.  She was a strong and feisty girl who developed an early passion for baseball, excelling in every position.  She enthusiastically followed the game, and her beloved Toronto Blue Jays team, throughout her life.

But constant, never wavering, was Leola’s faith, a simple down-to-earth, matter-of-fact, kind of faith.  She taught her children bedtime prayers, made sure they attended church, and repeated the Golden Rule “do unto others as you want them to do to you”.  She knew and felt the presence of God in her life.  She had a tremendous sense of fairness; she was generous and compassionate.  Leola rooted for the underdog, had zero tolerance for making fun of others or looking down on anyone.  That was her personality… there was beauty within her.

In her last years Leola was so appreciative to the wonderful, loving Stensrud staff.  She enjoyed their laughter and companionship.  Her family also expresses their heartfelt thank you to every staff member in all departments for their genuine, expert care and attention.

No service will be held at this time.  In lieu of flowers, anyone wishing to do so can make a donation in Leola's memory to Heart and Stroke Foundation of Canada.

Share Your Memory of
Leola
Upload Your Memory View All Memories
Be the first to upload a memory!