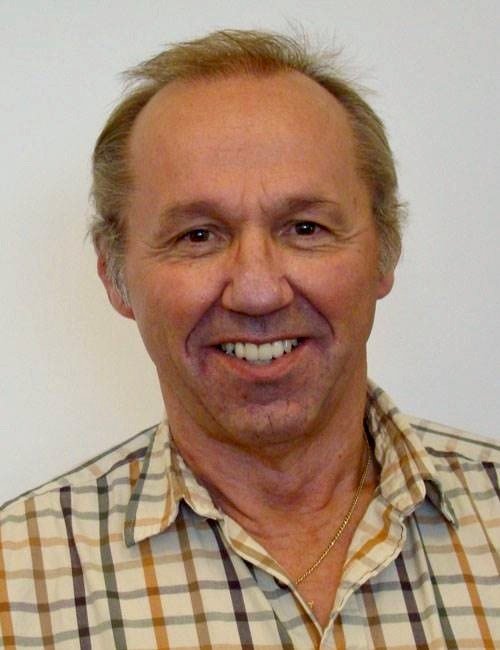 Robert Hodges, known to everyone as Bob, passed away suddenly on Friday, April 16, 2021 at his Saskatoon home.  He was 77.

Bob’s life story began on Avenue I South, in the Riversdale neighbourhood of Saskatoon.   Bob said it was the perfect place to grow up.  The family home was two or three blocks from the playground at King George School, the outdoor speed skating track at Optimist Park, and the “Avenue H” pool.

With opportunities to participate in sports year round, many kids in Riversdale became very good athletes without a lot of equipment or coaching.  They celebrated the successes of their peers and became role models for younger children.  Bob was no exception.  On the coldest of winter nights, Bob could be seen leading the peewee skaters in various races and games that inevitably found them laughing in a snow bank.

As Bob entered his teens, he began to excel in speed skating.  He designed his own rigorous training programs and the tools required to carry them out.  With the encouragement of his family and local club coaches, he became one of Canada’s prominent outdoor speed skaters.

He competed in four world championships and two winter Olympic Games; Grenoble, France in 1968 and Sapporo, Japan in 1972.  He was the recipient of numerous awards for good sportsmanship and skating excellence. After retiring from active competition, Bob served the Canadian Amateur Speed Skating Association in coaching and administrative roles until the early 1990’s. He was inducted into the Saskatoon and Saskatchewan Sports Halls of Fame and the Canadian Speed Skating Association Hall of Fame.

While Bob was pursuing athletic excellence, he was laying the foundation for academic success.  He graduated from Bedford Road Collegiate in 1961, then graduated with a B.Sc. (Honours Biochemistry) from the University of Saskatchewan in 1965.  He obtained a Ph.D. (Biochemistry) from the University of Alberta in 1971. His post-doctoral work at Rockefeller University in the laboratory of Dr. R.B. Merrifield (recipient of the Nobel Prize in Chemistry in 1984), set him on a path of discovery, innovation and excellence in peptide chemistry.  His research and leadership continued until his untimely death.   Bob will be in the hearts and minds of his colleagues as they take the current projects to completion.

It is not a straightforward task to summarize Bob’s career and achievements:  Professor of Biochemistry at the University of Alberta; Director and CEO of the Protein Engineering Centers of Excellence; President of the American Peptide Society; Fellow of the Royal Society of Canada, an award granted to individuals who have made remarkable contributions to Canadian Public Life through the arts, humanities and sciences.

Recently, Bob was Professor of Biochemistry and Molecular Genetics, University of Colorado School of Medicine and the John Stewart Endowed Chair in peptide chemistry.  In 2017, he received the most prestigious award in Peptide Chemistry, the Bruce Merrifield Award for outstanding lifetime accomplishment in peptide research.  This award, recognizing the highest level of scientific creativity, meant a lot to Bob, considering his postdoctoral work in the Merrifield lab.

Bob published more than 500 research papers and mentored many graduate students.   Throughout his career and his life he remained an amazing teacher, coach, and friend.    In recent years, Bob took more time to connect with his family and encourage them in their careers.   Still, we all pressed him to tell us about his life’s work.  He patiently explained how discoveries in his field would lead to the betterment of medicine and human life.  He was a great Uncle Bob! A celebration of Bob’s life will be organized at an appropriate time and place in the future.

Bob’s wishes were to be buried with his parents, Bert and Frances Hodges, whose love and support allowed him to pursue his dreams.

Bob will be lovingly remembered by:

His wife of 42 years, Phyllis Hodges, and his stepsons Darcy and Paul Matras.

Sherylynn Hodges and Clinton Hodges, (children from his earlier marriage to Sharen Stewart)

And the children of all these relationships.

Share Your Memory of
Robert
Upload Your Memory View All Memories
Be the first to upload a memory!