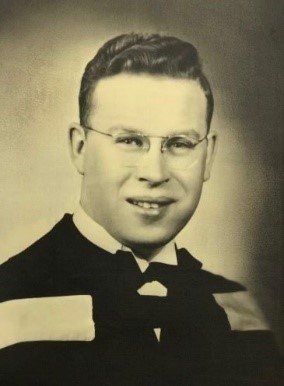 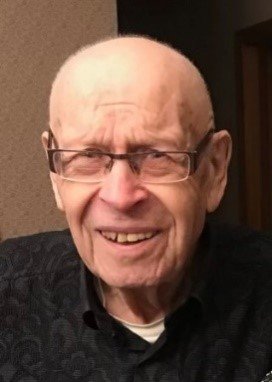 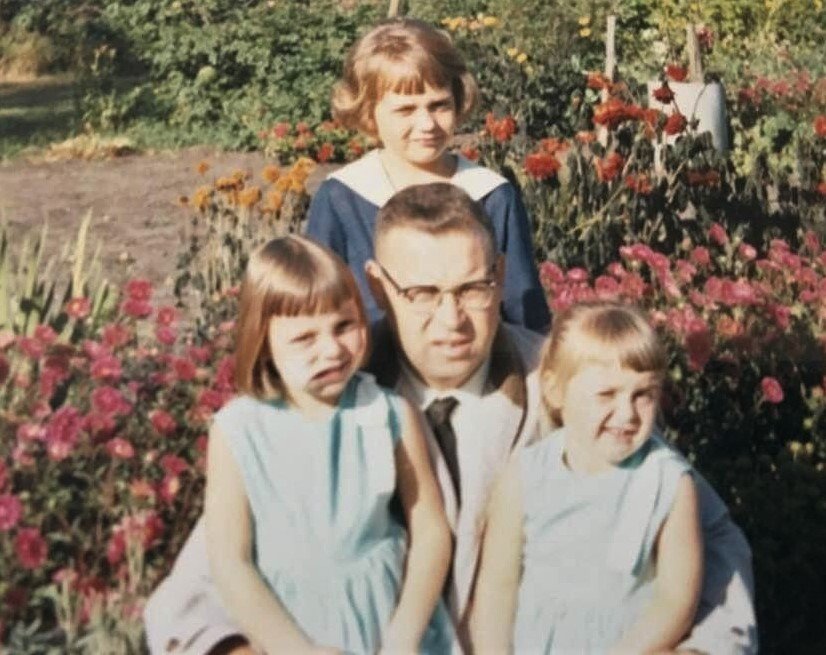 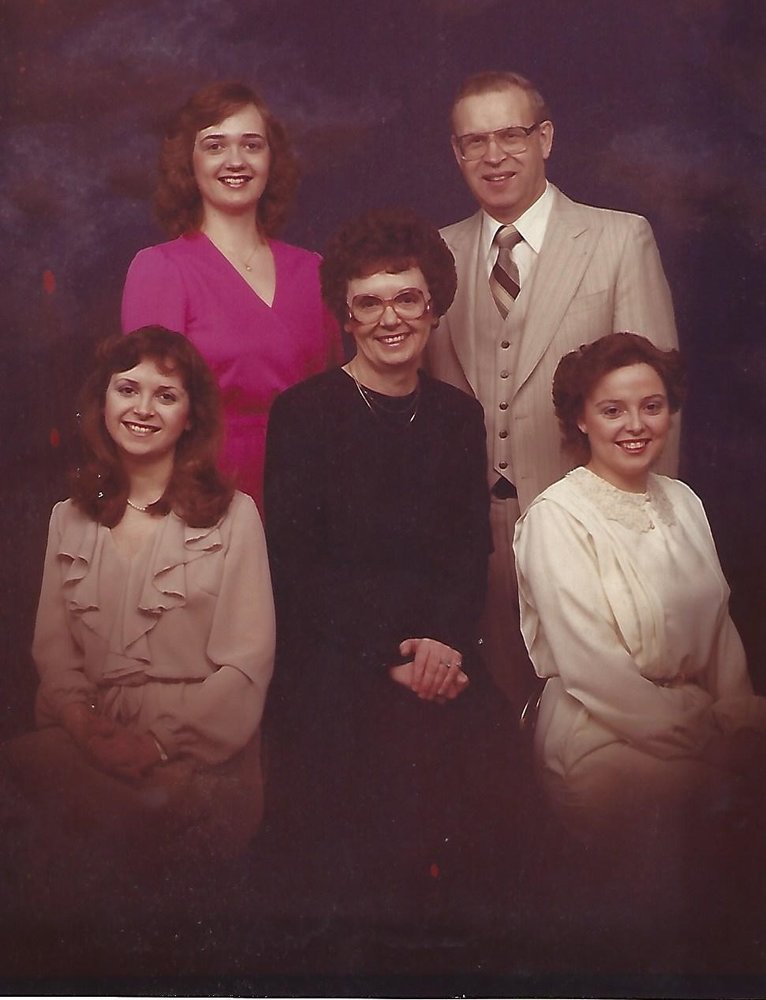 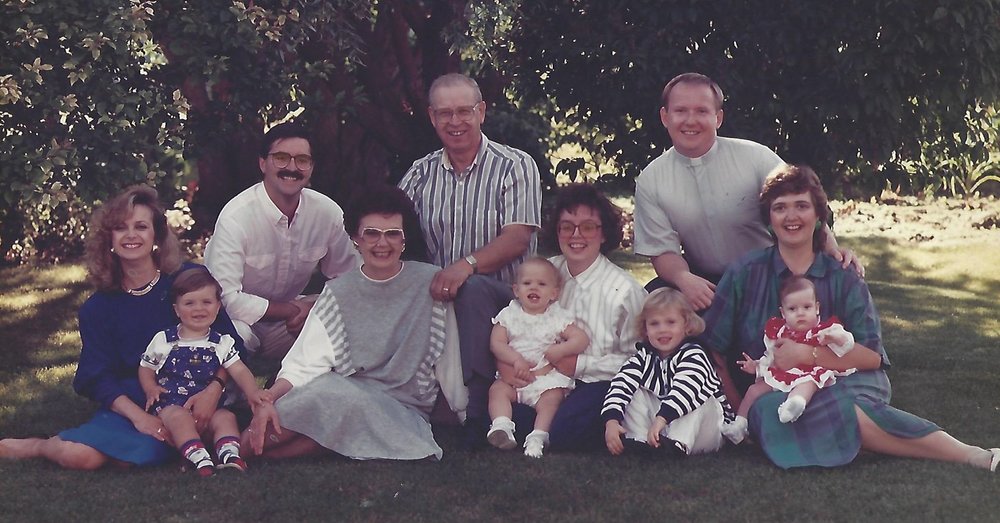 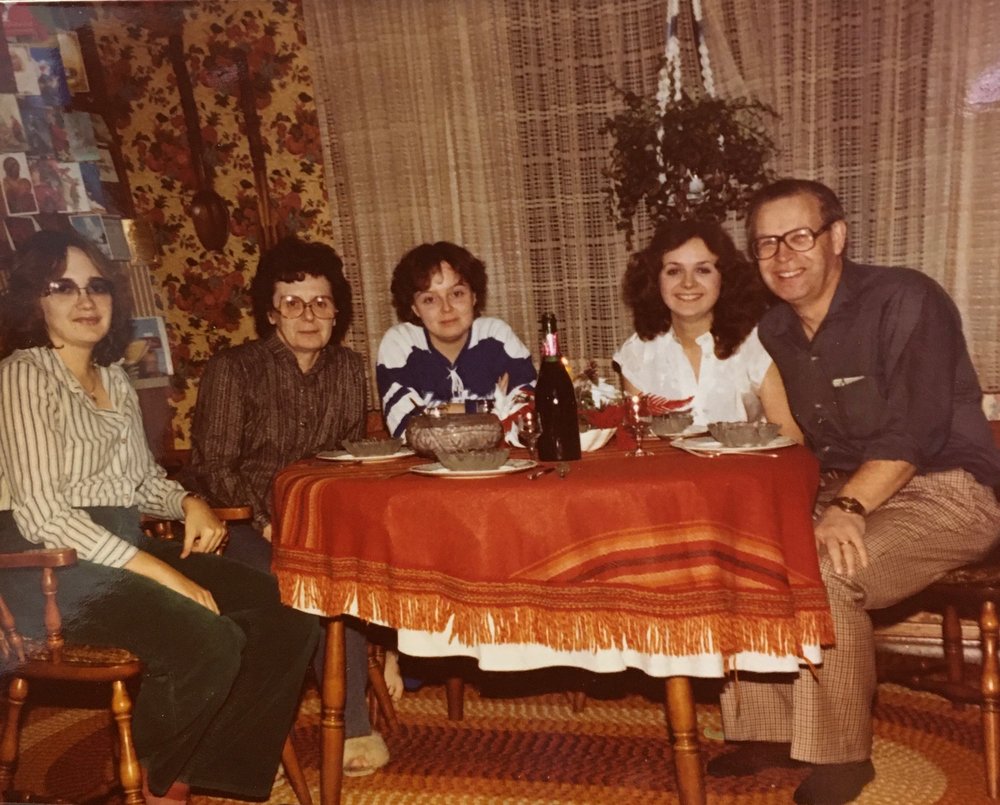 Our Dad, Carl Louis Frank Slegel, was born in Hyas, Saskatchewan, on January 26, 1928. He passed away on the evening of July 11, 2021, after a brief stay at St. Paul’s Hospital, in Saskatoon.  Dad was the youngest child of Louis and Edith (Morgotch) Slegel, joining two older sisters, Leona and Donna.

Dad completed high school at Yorkton Collegiate, and went on to study Civil Engineering at the University of Saskatchewan. He often spoke about the very real challenges of academia for a small-town boy, but he prevailed, receiving his degree in 1954.

After University, Dad accepted his first job as a Civil Engineer with the Department of Highways in Yorkton Saskatchewan. He worked in the positions of Construction Engineer and Maintenance Engineer, managing each of the respective departments, and was eventually promoted to the position of District Engineer for Yorkton and area, where he stayed for the remainder of his career. In 1987 he retired after 33 years of dedicated service, and his achievements in his profession remained a point of pride for the rest of his days.

Dad met and married the love of his life, Ruth Kotelko (nee Yaholnitsky), in 1960. With his new bride came a toddler named Karen, as Ruth was a young widow. He loved Karen as his own, and raised her along with two new additions, Carla and Donnalee, born into the family soon after.  “Dad’s three girls” were his greatest joy, and his love for them shone through in everything he did. His analytical mind and love of mathematics was often harnessed to serve as math tutor to the girls, helping them solve problems that stumped even their teachers. He also passed along his interest in chess to his children and grandchildren, imparting not only knowledge of the game, but all the associated lessons that could be used to enrich their lives. Dad’s analytical mind never faltered, and he was still solving complicated math problems into his 90s!

During hot summers in the 1960s, Dad often went on day trips to survey roads, and check in with his crews as they were building and converting the gravel roads into paved highways. The three girls took turns on road trips with Dad, stopping in at every small-town café for a treat. It was “take your daughter to work day” well before it became common in schools, learning about building roads, and witnessing gravel roads being converted to blacktopped highways.

In his younger years, Dad was the sporting type, participating in many activities. He took a keen interest in boxing, and participated in the sport during his university studies. Even in his later years, he would enjoy watching boxing matches on television, making moves and physical gestures as if he was in the ring.  He was also a recreational curler while in Yorkton, and an avid fisherman, passing along his love of angling to his grandchildren. In addition to these pursuits, he loved watching football and hockey both in person and on TV, cheering for his beloved Roughriders whenever he could. Taking the family to an annual long weekend Roughrider game in September to watch Ron Lancaster and George Reed was the highlight to beginning a new schoolyear.

Dad’s mind was always focused on learning about new perspectives and different walks of life, and he was a voracious consumer of information. He read books of every genre, and always kept a keen eye on current events. There was rarely a topic mentioned that Dad did not have at least an elementary understanding of, but he was never content to simply broadcast his opinions, rather opting to listen to others and engage in thoughtful dialogues.

Dad always had a calm and mild demeanor, with a dry sense of humour. His favourite comedian was Benny Hill, and it was not unusual to hear him laughing with glee watching Hill’s show late at night. He also loved classic cartoons, spending countless hours watching Looney Toons tapes in the rumpus room with his grandchildren.

While living in Yorkton, Dad and Mom attended church services regularly at the Ukrainian Orthodox Church of Holy Transfiguration in Yorkton, and enjoyed providing help for weddings, lunches and other church activities. Dad was a proud member of the Order of St. Andrew’s, and attended meetings regularly.

Dad also loved to travel, especially on road trips. He took the family on summer vacations near and far, from Disneyland to Disney World, from the California coast to places like Dodge City, Nashville, Montgomery Alabama, and all points in between. Before they had finished high school, the girls had been to over three quarters of the states in the mainland USA, as well as all the Western Canadian provinces. He even designed and built a bench to fit on the floor of the back seat, so his girls could be comfortable during long drives with no air conditioning. The girls were so well travelled that they all aced their geography tests in elementary school without breaking a sweat!  Dad and mom also enjoyed travelling to Iowa, with many memorable summers spent visiting family in the area. They spent a number of winters in Arizona, and enjoyed scenic cruises in their later years.

In 2020, Dad and Mom moved to Saskatoon to be closer to family. This was not an easy move for them as they loved their home in Yorkton, and Dad took great pride in having a perfectly manicured lawn and well-kept yard. Still, the move was a blessing for the family as they were able to be much closer, even as COVID prevented regular visits.

Dad will always be remembered for his kind, patient and loving personality, his immense intellect, his sense of humour, and his love for his family, especially his three daughters. He had great pride in their achievements, and the grandchildren they blessed him with.

Predeceased by his parents, Louis and Edith Slegel; and sisters, Leona Mellett (Lem), and Donna Allen (Wes). Dad is survived by his wife, Ruth; daughters, Dobrodijka Karen Wasylenko (Very Rev. Archpriest Peter) and granddaughter, Lara; Carla Bosma and granddaughters, Meghan (Dylan), Brittany, and Lindsey; Donnalee Weinmaster (James) and grandson, Thomas (Lindsay) and great granddaughter, Aidy, and grandson, Matthew.  Dad adored and loved his grandchildren, treasuring every moment with them. He was also thrilled to learn that he was now a great grandfather, as he did not have the opportunity to know his grandparents, let alone great grandparents.

Memorial donations in memory of Carl Slegel may be made to the Ukrainian Museum of Canada (umcyxe.ca), 910 Spadina Cres, Saskatoon, S7K 3H5, or the Alzheimers Society of Saskatchewan, 301-2550 12th Avenue, Regina SK, S4P 3X1.

Well done good and faithful servant. May his memory be eternal, and may he rest peacefully with the Saints. Memory Eternal, Vichnaya Pamyat!

Share Your Memory of
Carl
Upload Your Memory View All Memories
Be the first to upload a memory!