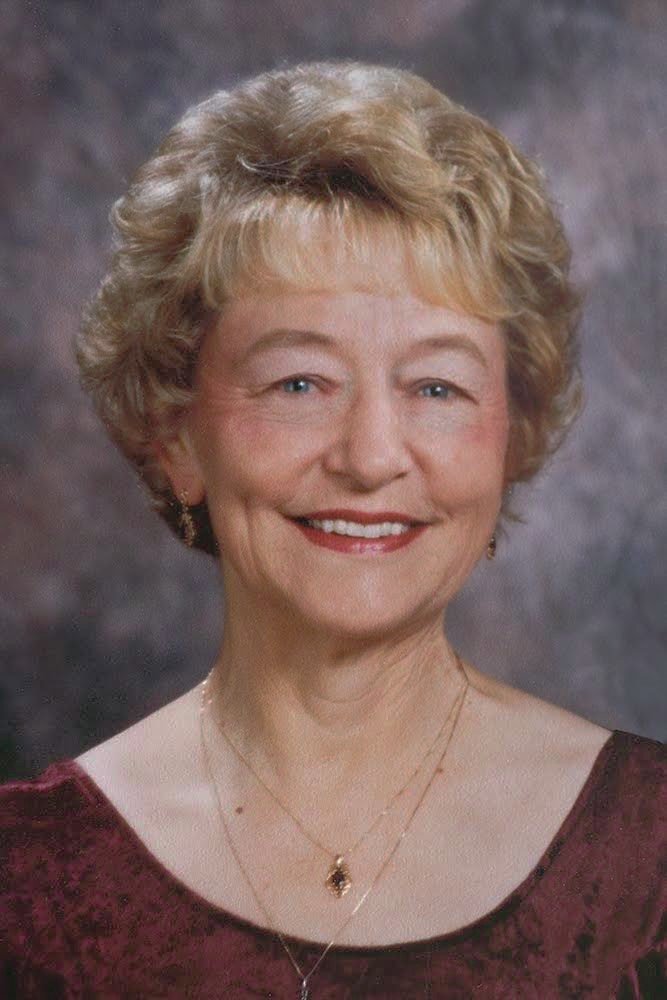 To watch the recording of the Service, please click this link:
https://video.ibm.com/embed/recorded/130764727

Faye Kernan, beloved wife of Jack Kernan, of Saskatoon SK, passed away on Tuesday, July 20, 2021, at St. Paul’s Hospital Palliative Care in Saskatoon, at the age of 88 years, with her family by her side.

Faye touched many lives. She carried herself with grace and style. She embraced a strong and liberal faith, and a philosophy of inclusion. She was curious and imbued with joie de vivre. She expressed compassion to those less fortunate. Most of all, she was a good friend. Faye was always perfectly coiffed, and wherever she went people commented on the nails, the matching outfits, the attention to detail she displayed.

Faye was born in Veregin, SK in 1932 to John and Polly (Konkin) Popoff of Doukhobour heritage and she grew up in Kamsack, SK. Early school memories were of a one-room school house with 13 students. At the age of 16, she achieved a scholarship in art, and planned for a career in art. The untimely death of her father at age 44 placed her in position of caregiver for her mother. A summer job working at a pharmacy in Kamsack provided an unexpected twist of fate: the opportunity for a career in pharmacy. Faye met Jack at university. Jack was the lab instructor for Faye’s class in organic chemistry. They were married in Saskatoon at Grace United Church in May, 1954. Nine months later, twins were born, just in time to graduate along with the new parents in 1955.

Jack secured a job at CIL in Kingston, Ontario, facilitating a move to Ontario, where the small-but-growing family built their first house on Sarah Street in Napanee. Many new friendships were cemented in this little Ontario town. A job change to Frosst (now Merck) necessitated a move to Montreal, Quebec. They also acquired a rustic cottage at Perch Cove on Hay Bay, Lake Ontario, and many memories of late Friday night drives from Montreal to Perch Cove. The family had grown to 4 children, two dogs. Homesick to return to the prairies, the family traveled back to Saskatchewan, camping across Canada, in 1966.

In 1955, Faye achieved her Bachelor of Science in Pharmacy, graduating with distinction. Returning to school on sabbatical, in 1985 she achieved her Master’s degree in Theological Studies from St. Andrew’s College in Saskatoon. During her career as a pharmacist, Faye was instrumental in starting Central Supply at the Western College of Veterinary Medicine. She was also instrumental in establishing the Society of Veterinary Hospital Pharmacists. Faye believed in the power of education, as a life long learner she made time to serve on the University of Saskatchewan’s Retirees Association.

Faye and Jack found faith and fellowship at Grosvener Park United Church. Faye was well known by the community and spent her time volunteering over the years on several committees including the Worship Committee. Faye believed in the importance of giving back to her community. She spent several years actively involved in the Voyageur Club (now the Lighthouse), a charity organization with a focus on providing housing support for Saskatoon’s at-risk population.

Faye loved life to the fullest enjoying her many hobbies, surrounded by family and friends. She had a deep love and passion for sewing that she passed on to her children and grandchildren. She was so talented that her quilts were highly sought after! Faye made sure that every member of her family had their very own “Faye Kernan” original. Faye loved to spend time tending to her flower garden admiring God’s own work of art. Creativity flowed through every vein in Faye’s body and this can be seen in her paintings. Faye was also known for throwing the best parties and excelled at cooking for large family and friend gatherings.

In lieu of flowers, donations may be made to St. Paul’s Foundation in Saskatoon.

Share Your Memory of
Faye
Upload Your Memory View All Memories
Be the first to upload a memory!