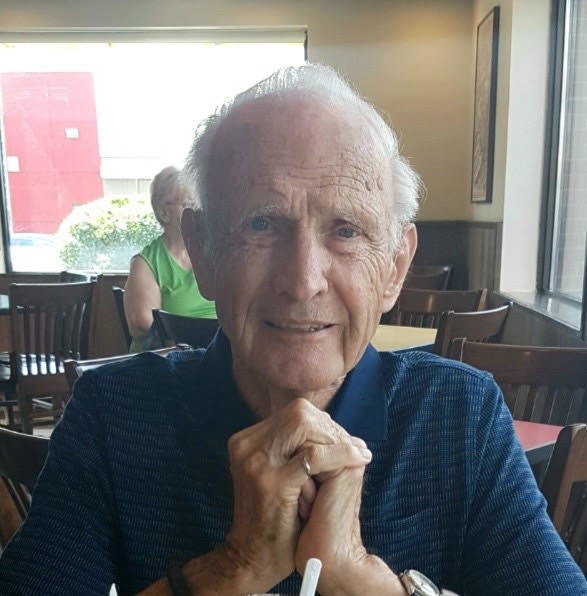 Frank passed away peacefully at home with his daughters by his side after a brief illness.

The youngest of nine children, he was born in Lethbridge, AB on February 15, 1929. His childhood was spent on the family farm in Drake, SK. He later attended RJC where he met his future wife, Irma Toews; they were married on September 13, 1952. In 1960, they built their home on Landa Street where they brought up their two daughters and lived until their move to a condo in 2011. During this time, the family enjoyed many memorable summers at the cabin at Emma Lake.

Frank attained his mechanical engineering degree from the U of S in 1956. He worked for UMA Engineering for 32 years serving as chief engineer in the Saskatoon office from 1974 until his retirement in 1989. His colleagues remember his “quiet and confident approach to projects and life. I never did see him any other way. He knew his stuff and always represented his profession, his company, and himself very professionally”. Frank also devoted many volunteer hours serving on the building committee for NPMC and supervising construction of the residence at RJC.

Always active, Frank played hockey and ball in his school years. As an adult, love of sport continued as he waterskied, enjoyed tennis, skipped curling teams, represented Saskatchewan in the Western Canadian Senior Bowling Championships and took up downhill skiing. Frank was an avid golfer and was still swinging his clubs 3 times a week at Riverside in his 91st year.

Church and family took precedence for Frank and Irma. Their home and cabin were always open to guests and Sunday was a time of fellowship around their table. Frank and Irma were inseparable and, in the latter years of Irma’s life, Frank provided the care and support for her in their home. They enjoyed almost 66 years of married life together.

Frank was a gentle, tender-hearted man. A husband, father and grandfather whose love and support were always felt. Dad, you went quietly just as you lived life – always calm, always steady, always loving, and always there for us.

Frank will be lovingly remembered by his daughters, Karen (Bram) Deurloo of Ottawa, ON and children, Benjamin (Lonnie) and Stephanie (Chris), and Elinor (Karl) Reimer of Rossland, BC and children, Luke (Meghan) and Derek. He was predeceased by his wife, Irma, and 2 infant children, Kenneth and Ruth Elaine, his parents and his siblings, Clarence, Edna, Orlin, Linda, Lorena, Eldon, Ella, and Helen.

The family would like to thank Dr. Clint McDonald, the staff at Bethany Place, and the CPAS nurses & care aides that provided Dad with such compassionate care.

A memorial service will be held at 2:00 pm on Saturday, August 28 at Nutana Park Mennonite Church.

Share Your Memory of
Franklin
Upload Your Memory View All Memories
Be the first to upload a memory!