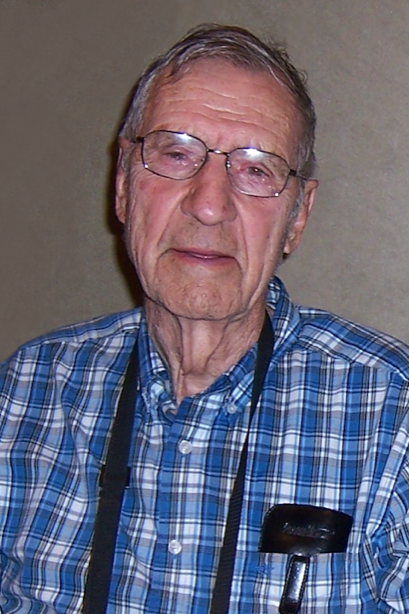 To watch the service of Charles Hedlin

Charles Hedlin passed away at the age of 94 in Saskatoon. He will be greatly missed by his large family and many friends, remembered as a kind, talented, generous man.

Though he and his wife Phyllis had travelled every continent in the world, from the lows of the Dead Sea to the highs of Tibet, Charles’ favourite place on earth was where he was born, the farm near Renown. His Swedish father and English mother raised their five children in the 1920s through the 1940s with the values necessary for prospering, body and soul, on land east of the Alan hills. Charles acquired a lifelong fascination with the personalities of the horses that powered the farm operation, the mechanical workings of harrows, seeders, and binders, the astronomy of the vast night sky, and the deep mysteries of the Indigenous people whose tipi rings inspired a photography project between Charles and the Saskatchewan Archaeological Society. He spoke nostalgically of the community around the one-room Hawkshaw school and the quiet Lutheran faith of his parents.

Charles left for Saskatoon to study engineering. He received degrees from University of Saskatchewan (BSc 1950), the University of Minnesota—St Paul (MSc 1952), and the University of Toronto (PhD, Mechanical Engineering, 1957). He brought his young family from Guelph to Saskatoon in 1960 to begin work with a small team at the National Research Council. In spite of his quiet personality, Charles (Charles to family, Charlie to friends, Chuck to people who met him only once) developed such strong relationships with his colleagues—lab picnics, baseball games, bridge—that their names became (and remain) as familiar to his children as family.

Besides travel, which included extensive family tenting trips from coast to coast in Canada and US in a Soviet-green Dodge, an eyesore-red Plymouth station wagon, and a beige Pontiac Strato Chief, his passions included reading science, astronomy, history, PG Wodehouse, and biography; cross-country skiing and walking; keeping meticulous records of every penny spent and every experience lived; and digitizing his collection of thousands of family and travel photos. He was drawn to the unfortunate and down-and-out, initiating conversations about their lives, and offering assistance when he could. And he sang. He spent decades with the choirs at Zion Lutheran Church and Luther Heights, and on Sunday afternoons with the D’Oyly Carte chorus in HMS Pinafore and Rex Harrison in My Fair Lady as they played on the family stereo system.

We remember his special excitement at the news his siblings were coming to town. They golfed together (badly and therefore inclusively), curled together (it was their unanimously held view that curling is the only Winter Olympic sport worth saving), and talked together over coffee about all the world's developments.

Charles is predeceased by his parents Frans and Margery, his wife Phyllis, his older brothers Bob, Alan and Hugh, his son Eric (1959-1965) and his granddaughter Andrea (March 29-30, 1979). He is survived by his sister Anne, his brother Edward, and his children: Carol (Kimbull) McAndrew, Diane (Ron) Friesen, David (Cheryl), Matthew (Cheryl), Michael (Catherine), and Joel (Gretta), 19 grand-children and 30 great-grandchildren.

For decades he gave generously to Doctors Without Borders, Egadz, The Open Door Society, the St Paul’s and Royal University hospitals, and the UN Human Rights Commission. Donations in Charles’ memory can be made to a charity of your choice.

The memorial service in honor of Charles’ life will be held at 10 am, Saturday September 4, at Zion Lutheran Church, Saskatoon. Please bring a mask.