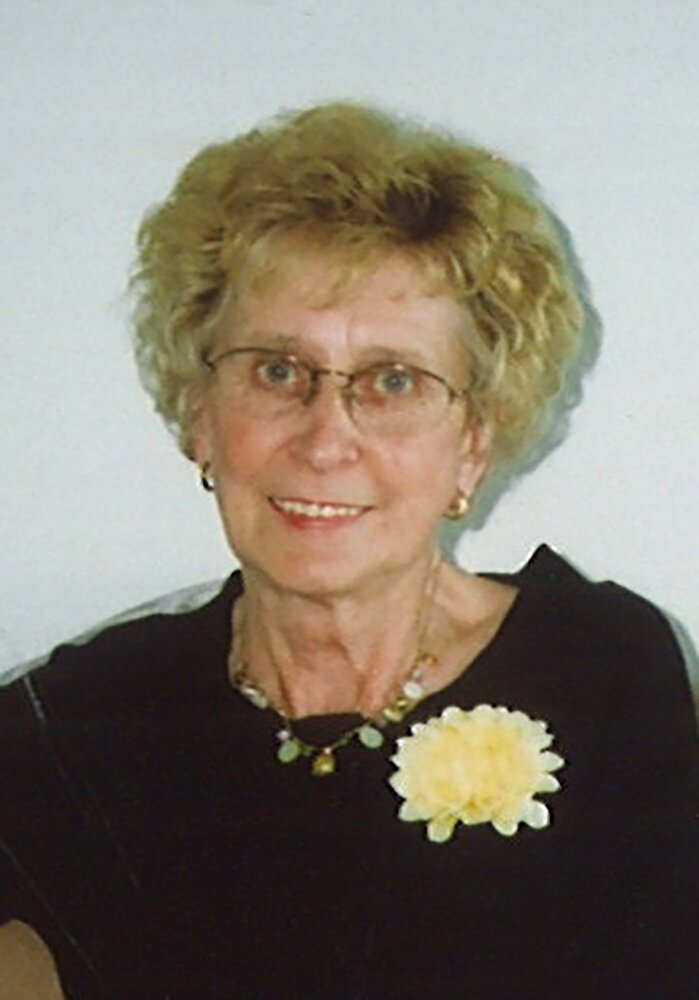 Obituary of Edith Marilyn May

To watch the recording of the Service, please click this link:
https://video.ibm.com/embed/recorded/130911854

Edith passed away peacefully on the morning of August 23, 2021, in Saskatoon, SK. She lived a long and rich life that is difficult to sum up in a few brief paragraphs, and those who knew her will remember her for so much more.
Edith was born on April 23, 1933, and was predeceased by her mother, Lydia (née Lindquist); father, Alfred Housego; mother, Jean (née Wilson); husband, Alan May; and brother, Don Housego. She is survived by her sister, Marguerite “Peggy” Tait; daughters, Marlyn, Ronna (Norman), and Gail (Jeff); six grandchildren, Nathan (Margie), Alexander (Danielle), Stefan (Garret), Ellen (Drew), Robin (Abby), and Jan; and seven great-grandchildren, Noah, Will, Hudson, Lincoln, Olive, John and Lilah.

Edith and Alan were married May 20th, 1957, and spent the first 20 years of their lives together in North Battleford, Saskatchewan, where Alan worked in his family’s grocery store and butcher shop, May Foods. Edith worked as bookkeeper for Bill and Don’s Menswear as well as helping out often at May Foods. They had a busy social life and were active members of the community throughout their years there. A change in Alan’s career took the family to St. Albert, Alberta, for a five year period in which they made a number of very close friends, of note their neighbours, Thérèse and Gilbert Moulun and their children Bruno and Camille, who adopted Edith as their own grandmother. Edith and Alan eventually moved back to Saskatchewan to settle in Saskatoon where they remained for the rest of their lives. Throughout her life, Edith kept part time work often in clerical positions. In Saskatoon she worked for the Canadian Cancer Society before retiring in the late 80s.

When she wasn’t making time for her daughters and grandkids, she had a number of close friends that she would get together with for luncheons and social events. She was a wonderful cook and entertained often, wowing her friends and family with new as well as tried and true dishes.

Edith forged many lifelong friendships. She remained dedicated to her three dear friends from high school, Jeanne (née Parker) Garland, Joan (née Stanley) Wilby and June Angus, who became Auntie Jeanne, Joan and June to her children and grandchildren. She seemed to have an affinity for the letter J as she also developed close friendships with other notable “Js”, Jacquie Calvert and Julie Destruel.

Edith loved animals and had many pets throughout her life. One of her favourites was her pet crow named Smoky that she acquired as a young girl. As the story goes she traded her fishing tackle box for the bird. Apparently, the crow flew freely outside during the day but would return home each night. She enjoyed telling the story of how Smoky learned to say a few phrases and would startle and confuse passersby as he spoke to them from the treetops.
Edith enjoyed good times and laughter, teaching her daughters the value of this from a young age. She and her girls were often caught in breathless, doubled-over laughter at inappropriate times and for no particular reason.
Edith will be remembered for her quick wit, kindness and determined nature, which stayed with her right until the end. Her warm heart and fun-loving spirit will be greatly missed by all who had the good fortune to know her.
Our family would like to thank the staff at Glengarda for the exceptional care they provided and the kindness and compassion each and every staff member demonstrated throughout Edith’s stay there.

In lieu of flowers, donations may be offered in memory of Edith to The Hospice at Glengarda or a charity of choice.

A Celebration of Life Service will be held at 1:30 p.m. on Saturday, September 11, 2021, at McClure United Church, 4025 Taylor Street East, Saskatoon. For those unable to attend the service, the family invites you to join the service via livestream. To view the livestream and leave condolences please visit Edith’s tribute page at www.saskatoonfuneralhome.com.

Please note that masks are required in the church.

We invite you to stay and visit after the service. To protect our young children and more vulnerable friends and family in attendance, food and beverages will not be served and we ask that you remain masked during this time.

Share Your Memory of
Edith
Upload Your Memory View All Memories
Be the first to upload a memory!