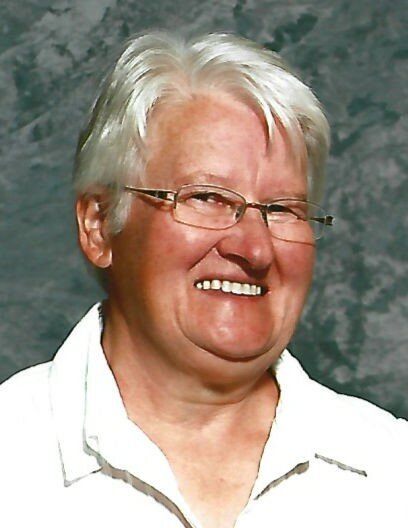 Jean passed away Sept 1, 2021 at the age of 84. Predeceased by her husband John, parents Stanley and Louise Osika, sisters Chis Fairburn, Terry Osika, and Rita Osika, she is survived by her son John Osika, granddaughters Joely Osika, Abby Osika, Robyn Osika, and siblings Sally Jaworski, Rose Slywka, Ken Osika, Greg Osika, and Vicky Osika. Born January 5, 1937 on the family farm near Bankend, SK, Jean left home as a young adult, moving around Saskatchewan before settling in Saskatoon. Often found in her garden, which inevitably led to her kitchen, she loved to share the results of her green thumb. Always the caregiver, she readily tended to the needs of others. Forever a friend, Jean will be missed by all who knew her. An interment service will be held Saturday, September 25, at Hillcrest Memorial Gardens. Those wishing to attend are invited to meet at the entrance gates at 1:15 p.m.

Share Your Memory of
Jean
Upload Your Memory View All Memories
Be the first to upload a memory!
Share A Memory