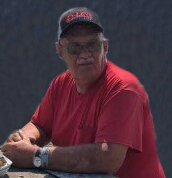 Darryl passed way on September 18, 2021 in Wyoming USA.  He was raised on the farm by Radisson, Saskatchewan.  He loved his sports as a young man and was a member of a provincial winning hockey team in 1970.  He was also an avid fisherman, and any spare time he had he was fishing.  He was predeceased by his father (Alex) and brother (Mickey) as well as both sets of grand parents.  He is survived by his children Richard; Allison (Bill) and their children Autumn and Lilly; Lindsay (Layla); mother, Gerry; brother Randy (Carol) and their son Tanner; brother, Leslie; sister-in-;aw, Terry and son Christopher; step brother, Ron Guzak as well as numerous cousins, aunts, uncles and friends.  When he worked for Good Year Tire Company, he made numerous friends throughout the province.  During his almost 11 years as a long haul truck driver for Q-Line Trucking he made numerous friends within the company and on his travels and always enjoyed driving his big truck.  Special thanks to Q-Line; Wyoming State Highway Patrol and Gorman Funeral Home in Douglas Wyoming.  Donations in Darryl’s memory may be made to the local SPCA.  A service will be held on Saturday, June 18, 2022 at St. Paul's Lutheran Church in Radisson, Sk. beginning at 2:00 pm.

Share Your Memory of
Darryl
Upload Your Memory View All Memories
Be the first to upload a memory!
Share A Memory