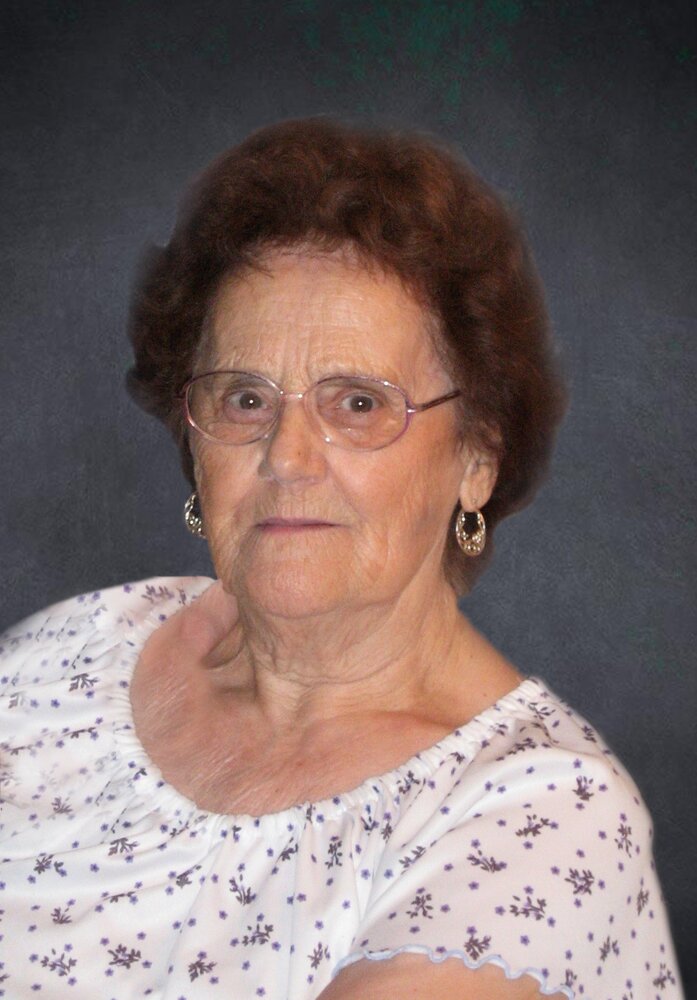 Lila was born in rural Quebec to Victor and Malvina (Lena) Keyes, and she had three brothers, Gerald, Elwood and Claude.  In her teens, Lila and her family moved to Timmins in northern Ontario, from where most of her family later either relocated to Ottawa during the Second World War, or were already serving in the military overseas.

For Lila, her world became 60-hour work weeks at a bakery or the A&P, and long walks home to a rooming house or boarding house.  For some of those years, she and her parents lived in the same rooming house.  Those were different times from today, and much the norm for many.  She was quietly popular, and the pinnacle of social events for her and her friends was the annual ball at the Château Laurier downtown.

Lila and Danny O’Grady married in their early 30’s, nearly twenty years after they had met in Timmins.  From Ottawa, they moved back up north.  Dan was working as a fire control officer and they started their marriage in Abitibi Camp 34.  Their only child, Vicky, was born during this time.

Dan had previously been employed by the Ontario provincial Department of Lands and Forests and returned to this work in the Smooth Rock Falls area.  The family remained here until the mid-1960’s, and from there they moved to a series of communities across northeastern and northwestern Ontario --- Hornepayne, Cochrane, Sioux Lookout, Pickle Crow, Red Lake, Thunder Bay.  Over a period of approximately five years, Danny’s position rose, from assistant to a deputy ranger, to the chief ranger position for the city of Thunder Bay and surrounding area.  It was a meteoric rise in rank and a challenging series of transitions for the family.  Always far from relatives and old friends, Lila handled the many moves and settlings-in with grace and acceptance.

Lila and Dan moved from Thunder Bay to White River, spent seven years there, and upon retirement they moved south to the town of Tweed.  They bought a home there and Tweed became their home base for the next two decades.  They often travelled, almost entirely in Canada and the US.

Lila and Dan were both bright, conscientious, meticulous and organized, two people who’d grown up at least as poor as everyone else, and appreciated what their own sacrifices and hard work had brought them.  They were dutiful, generous people who took good care of whatever they had, and tried to make beauty where they could.  It would be no exaggeration that you could eat off of Lila’s kitchen floor, and off the floor mats in Dan’s Suburban.

After so many years of marriage, it was very, very hard for Lila to lose her husband.  After Dan, Lila decided to move to Saskatoon, though it was likely the most drastic move of any of those she’d ever had to make.  With time, and by God’s grace and her own efforts, she settled here and a new page was written in her already long life.

Lila made many friends in Saskatoon.  They speak different languages and belong to different cultural groups and religions.  Some are in her general age range, while others could be her grandchildren or great-grand-children, without even counting the little ones.

Despite being 101, Lila would very much have liked to live a bit longer.  She had been in very good health and wanted more, more, more of this world, of her friends, her family, her love of reading.  She left quietly but reluctantly, and is now more than deeply missed.

Her funeral service will take place at Saskatoon Funeral Home, 338 4th Ave North, on Monday, October 25, 2021 at 1:00 pm. All are welcome to attend. Masks must be worn. No flowers please.  The link to watch the livestream of the service will be posted on this obituary page prior to the service.

Share Your Memory of
Lila
Upload Your Memory View All Memories
Be the first to upload a memory!
Share A Memory