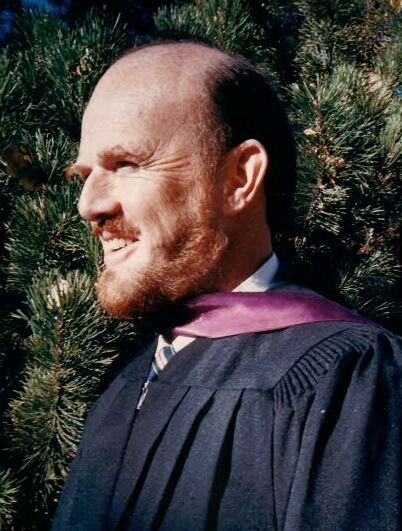 To watch the recording of the Service, please click this link:
https://video.ibm.com/embed/recorded/131074628

Gordon Stewart Glen passed away peacefully with family by his side on October 16, 2021. Gordon was born on the family farm near Punnichy in the Touchwood Hills of Southern Saskatchewan. The Glen farm, where he spent his childhood, held a special place in his heart for all his life. He continued to go back to the farm whenever he could until its sale in 1969.

In 1948 the family moved to Saskatoon. After graduating from Saskatoon Technical Collegiate in 1952 Gordon worked in the machine shop at Bowman Brothers Ltd, and maintained life-long friendships with fellow workers. From 1960 to 1976, Gordon worked at the Canada Agriculture Research Station, including a memorable time at Expo ’67 in Montreal with the insect control program. Gordon began his teaching career in 1976 as an instructor in the Industrial Mechanics and Machine Shop programs at Kelsey Institute (Saskatoon Polytechnical Institute), retiring in 1995. During his time at Kelsey he also completed a B.Ed degree in 1985 and a B.Sc. in Geography in 1988 from the University of Saskatchewan. He was proud of holding three Journeyman’s certificates and two university degrees and their value was always equal for him.

In 1964, following the end of a brief marriage to Sheila Hambleton, Gordon met Florence Hiebert at a dance in Saskatoon. Florence was the love of his life, and at the time of his death they had been happily married for 56 years. A devoted father, Gordon never missed a game or band concert, and was an ardent supporter of all the activities of his beloved grandchildren.

Gordon and Florence shared an interest in genealogy. They meticulously researched their family histories, visited many family sites in the UK, and organized multiple Glen family reunions. Gordon had a passion for flying, an enthusiasm for travel in Canada and abroad, and a love of outdoors and camping with family. In his retirement, he volunteered with the Trans Canada Trail project, and worked tirelessly to ensure that the Trail would pass through Saskatchewan on two routes, north and south. The final forked route is one of his legacies. Gordon was committed to family and community and building a better world, as a teacher, an environmentalist, and a staunch supporter of Co-ops and Credit Unions.

Gordon is predeceased by his parents, Rowan and Minnie (Kathleen) Glen; and his sister, Hazel Herriot (Al Herriot). He will be remembered with love by his wife, Florence; his sister, Rowana Rudiger; his daughters and sons-in-law, Colleen and Russell Dixon, Susan and Jared Buhler and Gail and Douglas Edwards; and his five grandchildren, Kai, Fynnigan and Tucker Buhler, and Lyla and Eleanor Yates.

A service for Gordon will be held at Saskatoon Funeral Home on Saturday, October 23, 2021 at 2:00 p.m. For those unable to attend the service, the family invites you to join the service via livestream. To view the livestream and leave condolences please visit Gordon’s tribute page at www.saskatoonfuneralhome.com. Arrangements entrusted to SASKATOON FUNERAL HOME (306-244-5577). In lieu of flowers, donations to the Trans Canada Trail (https://tctrail.ca/gift-in-tribute/) or Saskatoon Polytechnic Student Awards ( https://alumni.saskpolytech.ca/giving/student-awards )

Share Your Memory of
Gordon
Upload Your Memory View All Memories
Be the first to upload a memory!
Share A Memory