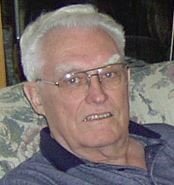 It is with great sadness that we announce the passing of Raymond (Ray) Bennett of Saskatoon on Wednesday, October 20, 2021, at the age of 94. Dad was born in 1927 and grew up on a farm near Yorkton. He married Kathleen (Kay) Gleason in 1950 and spent the next seven years running heavy construction equipment with work crews throughout the province and in the Yukon, which often took him away from his family for weeks at a time. In 1957, Dad was happy to land a job near Saskatoon working as part of the shaft-sinking crew at the Potash Company of America (PCA), Patience Lake, which was the first potash mine to go into production in Canada. He then spent 30 years working underground until he retired when the mine flooded in 1987. Then came the next stage of his career when Dad worked for himself. He did all sorts of maintenance and repair jobs for dry cleaners and restaurants as well as a little landscaping work. Dad was the original “MacGyver.”  Dad could fix almost anything and do it as frugally as possible (he was a thoughtful spender). He was an avid golfer. Working for himself afforded him more time to go camping and golfing with Mom all around the province. In November of 2002 Dad had triple bypass surgery. He was enormously proud of the fact that the following summer he golfed more than eighty rounds. Dad also devoted countless volunteer hours to the Nutana Legion, Branch 362. In 2002 he received a Lifetime Legion Membership for his services to the Legion (an honour awarded to few). Dad had a strong work ethic, a high moral compass, and big expectations of his children. Although he was strict, he was never cruel. We will always remember his sense of humour, his infectious laugh, and his BIG HUGS! Dad began developing signs of dementia and had to give up his driver’s licence shortly after his 90th birthday. Over the next few years his dementia worsened (exacerbated by his loss of hearing caused by all his years working around loud machinery) and sadly, he gradually became a lesser version of himself. Thanks to Mom he was able to stay with her in their home, as she began managing all the extra tasks to keep the household running. Dad was the last surviving member of his birth family. He was predeceased by his parents, Charles and May (nee Stewart) Bennett; granddaughter, Helena Klassen; siblings, Margaret (Gerald) Kehoe, Sr. Helen Bennett, James ‘Jim’ (Eva) Bennett, Kathleen ‘Kay’ (Pat) McCormick, William ‘Bill’ Bennett, Mary (Tommy) Gleason, Gerald Bennett, Joan Bennett, Robert ‘Bob’ Bennett, John ‘Jack’ (Rosanne) Bennett, and Eileen Yaretz.  He is lovingly remembered by his wife of 71 years Kay Bennett, his children; Len (Cheryl) Bennett, Charlie (Bonnie) Bennett, Bruce (Kathy) Bennett, Joanne (Brian) Stevens, Rita (Vern) Klassen, Terry (Holly) Bennett, Carolyn Bennett, Brian (Heather Mounts) Bennett; 19 grandchildren and 21 great grandchildren; sisters-in-law, Geraldine Bennett, Anne Bennett, Miriam Bennett, Eileen (Leo) Gallant, Sr. Rita Gleason; brother-in-law Louis Yaretz, and many nieces, nephews, and cousins.

Share Your Memory of
Raymond
Upload Your Memory View All Memories
Be the first to upload a memory!
Share A Memory