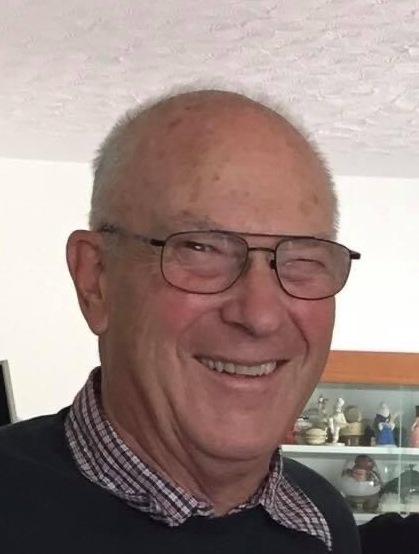 Dad left for his last journey to the lake (his image of heaven) on Friday October 29th.  He leaves to mourn his precious granddaughter Jennifer Fenty and her parents Terri Jackson and Greg Fenty; his brother Bert Jackson (Joyce) and their children Ryan (Marla) and Shannon (Manfred); sister Donna Pearson and her children Kim (Wes) and Alan Edward (Lindsie); brother-in-law Jim Longstaff (Adele) and their son Brent (Casey); Jennifer’s many second cousins, and his own cousins. Also left to mourn are Dad’s two best friends Alf Boldt (Joan); Harwood Davies (Julie); his “other daughter” Jennifer Boldt (Chris) and his God-Daughter Kelly Davies (Brett). Dad is predeceased by his wife Miriam, parents Jessie and Norm, Miriam’s parents Jack and Florence, Brothers-in-law Rick and John and nephew Sean.

As a Journeyman carpenter Dad started work at age 17 under the wise and careful guidance of his grandfather.  For 45 years Dad proudly worked with four generations of Jacksons, building Jackson and Son’s Contracting in to a respected business that he was very proud of.

Dad’s favourite place on earth was “The Lake”.  His love affair with Waskesiu began with camping trips as a boy where he met Alf Boldt, only to discover they had become next door neighbours in Saskatoon.  Life at the lake continued as the Jackson family moved from tent to shack tent and eventually their portable cabin.  Many summers were spent in his late teen-age years with his dad building cabins for other families. Dad finally purchased his own cabin in 1971 after a rainy weekend of camping that included an up close and personal encounter with a timber wolf. In 1982, dad decided it was time to replace the old cabin and with the help of his brother and nephew Ryan a new cabin took shape.

Family and friends were a big part of dad’s life, his lake neighbours the Sommerfeldts, Kershaws, Morgans and his dear friend Harwood Davies and his Saskatoon neighbours, the Minors, Camps and Janzens.  He enjoyed nothing more that having a coffee or “Happy Hour” sharing laughs and telling stories with his neighbours.

Finally, thank you to the Staff on 5th floor at St Paul’s Hospital.  You became part of our family over the past few months, we are forever grateful for your kindness and compassion. Should you wish help us honour these wonderful people please consider donation to The St Paul’s Hospital Foundation in Memory of Edward (Ted) Jackson.

Dad’s remains were interred at a private family service.  A Celebration of Life will take place next summer at the lake with details to be shared at a later date.

Everything dad built, he built to last, be those houses, cabins or friendships. He was devoted husband, father, grandfather brother and friend and he will be dearly missed.

Share Your Memory of
Edward
Upload Your Memory View All Memories
Be the first to upload a memory!
Share A Memory