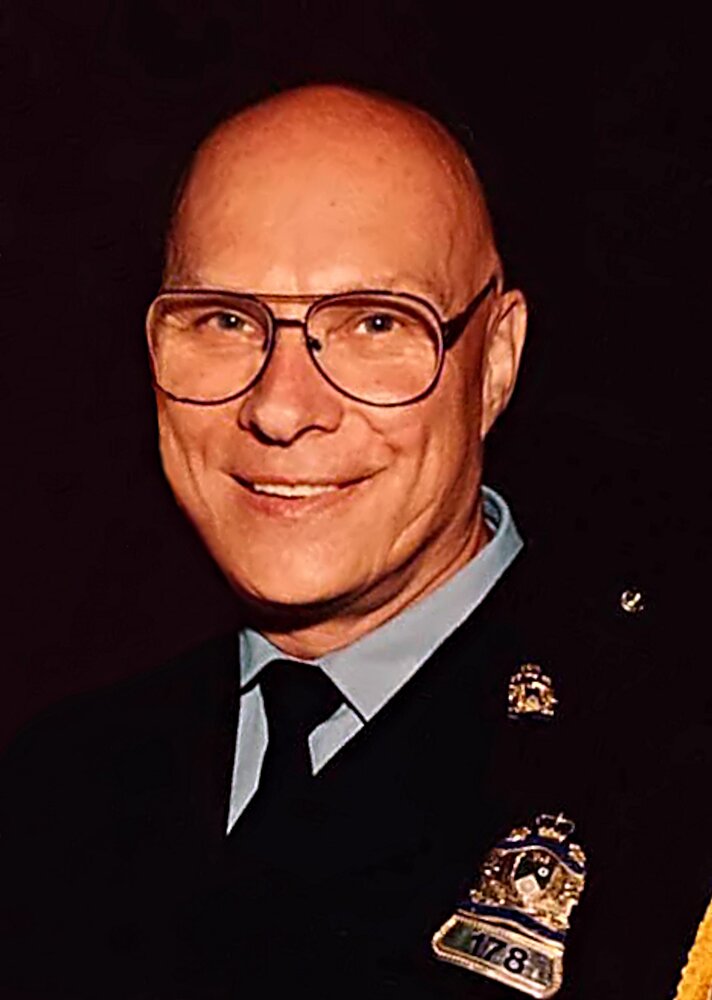 To watch the recording of the Service, please click this link:
https://video.ibm.com/embed/recorded/131138752

The family farm, where Wayne spent a great deal of his youth, is in Nokomis, Saskatchewan. For most of his childhood and youth Wayne was raised in Saskatoon by his mother, Eva. Lee Reynolds passed away when Wayne was only 11 years old.

Wayne finished high school at Aden Bowman Collegiate and then took courses to become a teacher. For a few years in his early twenties Wayne taught school in a small community in Saskatchewan, but this was not to be his profession. Travel was always a great passion for Wayne, and after he sold his share of the family farm to his eldest brother, Ross, he took off to see the world.

Wayne travelled across Europe and decided to go down to South Africa after meeting one of his long-term friends who was from there. In South Africa, Wayne met Yvonne Hitchins who he fell in love with and married. Wayne spent about ten years in South Africa and his first son, Clinton Reynolds, was born there on 15 October 1971. Soon after that the travel bug hit Wayne again and he and his young family hit the road again.

A few years later Wayne and his family were in San Francisco, California, USA where he was working without a proper work visa when his wife, Yvonne, had their second child, Mitchell Reynolds on 7 May 1973. About two weeks after Mitch was born they were back in British Columbia, Canada where Wayne helped his middle brother, Dale, build his dream house.

Wayne and Yvonne continued to bounce around between South Africa and Canada until 1977 when they returned to Saskatoon. He was also able to join the Saskatoon Police Service in 1977. Shortly after that, Wayne and Yvonne decided to end their marriage and Wayne was once again an eligible bachelor. He lived for many years then on Avenue H and later on Taylor Street in Saskatoon.

Wayne had a third child, Courtney Harriet Lawrence, on 13 May 1990 with Kathy Lawrence. Wayne and Kathy were never serious about having a long-term relationship even after Kathy became pregnant and Courtney was born. Unfortunately, Courtney passed away on 20 April 2020. Her life had just begun and was over far too soon.

In 1998 Wayne remarried to Diane Gronvold. He moved in with Diane where she had two younger children, Garrett and Amanda Hamonic. Together they travelled across Canada and the USA and had many adventures.

Wayne served for many years in Saskatoon as a police officer and rode motorcycles with the Blue Knights. He was very well known in the city and was a real presence on the force. For all the law-abiding citizens he was a great friend and lived to serve. For those who broke the law, he could be their worst nightmare. Wayne retired from the Saskatoon Police Service in 2002 after 25 years on the force.

Wayne now began to travel again regularly, as it is too cold in a Saskatchewan winter to live in an RV. He began going to Colombia and later Thailand for winters. He was able to make many good friends wherever he went, often through his long-term affiliation with Alcoholic Anonymous.

In the Fall of 2017 Wayne was diagnosed with Stage 4 Lung Cancer. Although this was a very terrible diagnosis Wayne was a fighter and was not ready to give into the disease. He continued to travel and see the world, even with a terminal diagnosis. Four years later, in the Fall of 2021 the cancer finally spread throughout his body and overwhelmed him.

Leslie “Wayne” Reynolds was a wonderful father and grandfather, a cherished son, a loyal brother, a great friend to his many, many buddies, and a passionate lover to so many women over the years. He was one of those great guys that everyone liked to be around. He had a great sense of humour and was always ready with a joke. He will be terribly missed by so many people.

Share Your Memory of
Wayne
Upload Your Memory View All Memories
Be the first to upload a memory!
Share A Memory