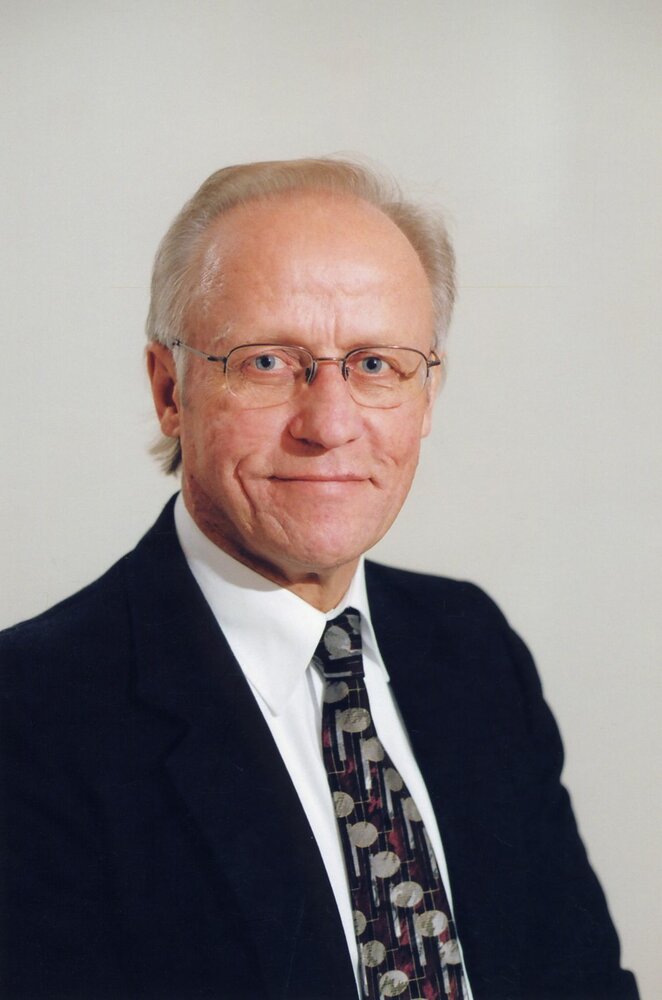 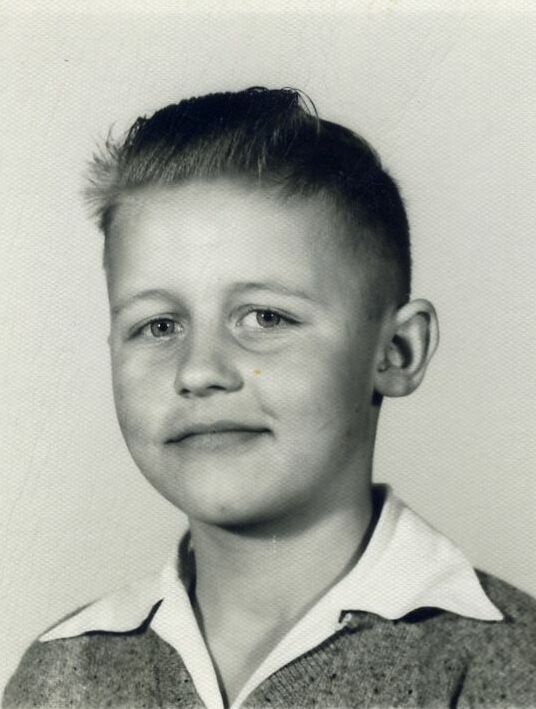 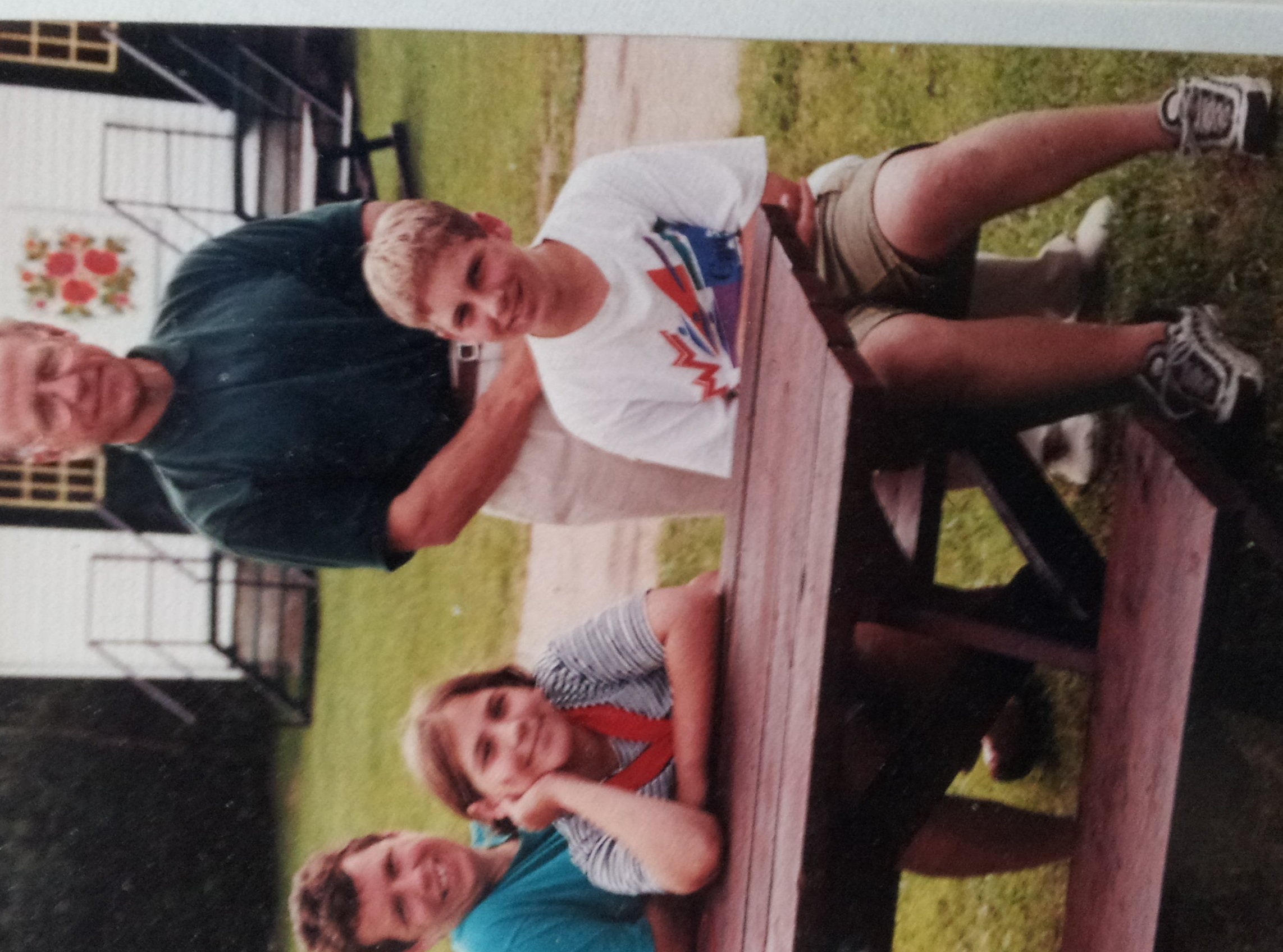 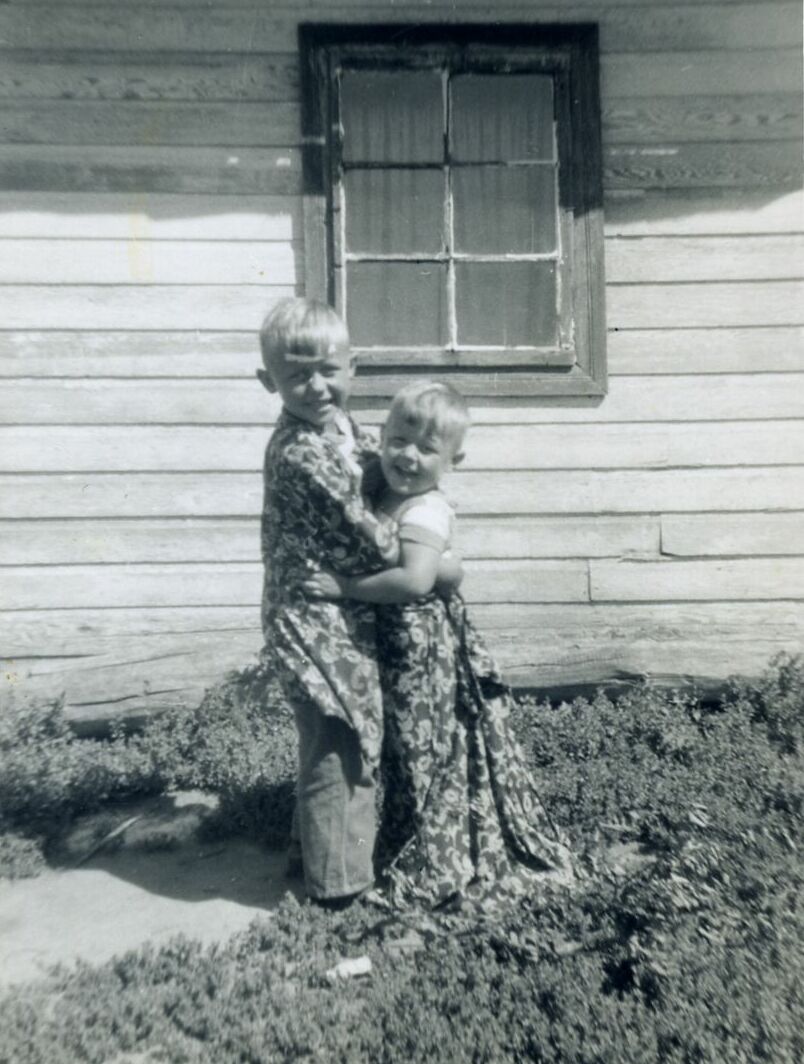 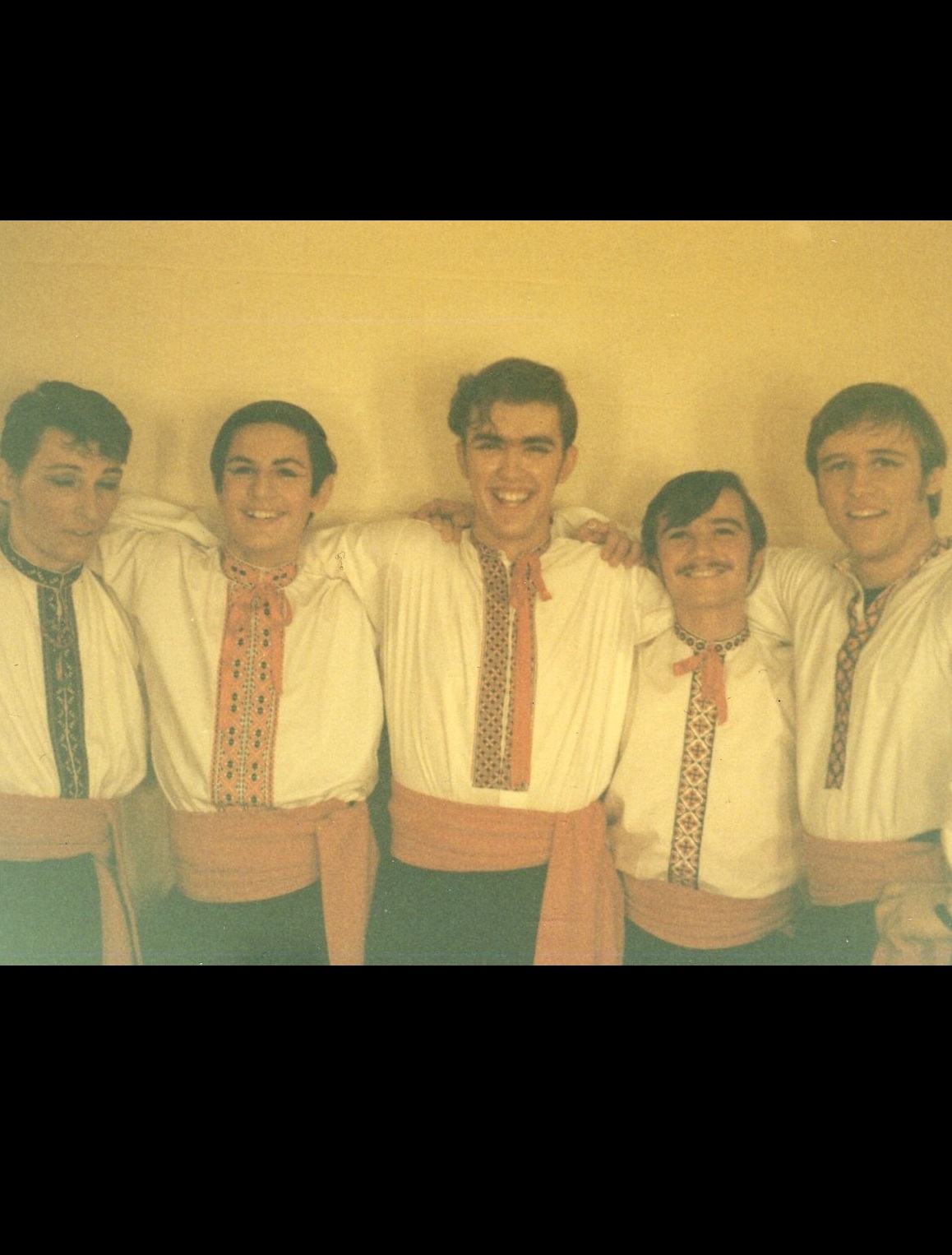 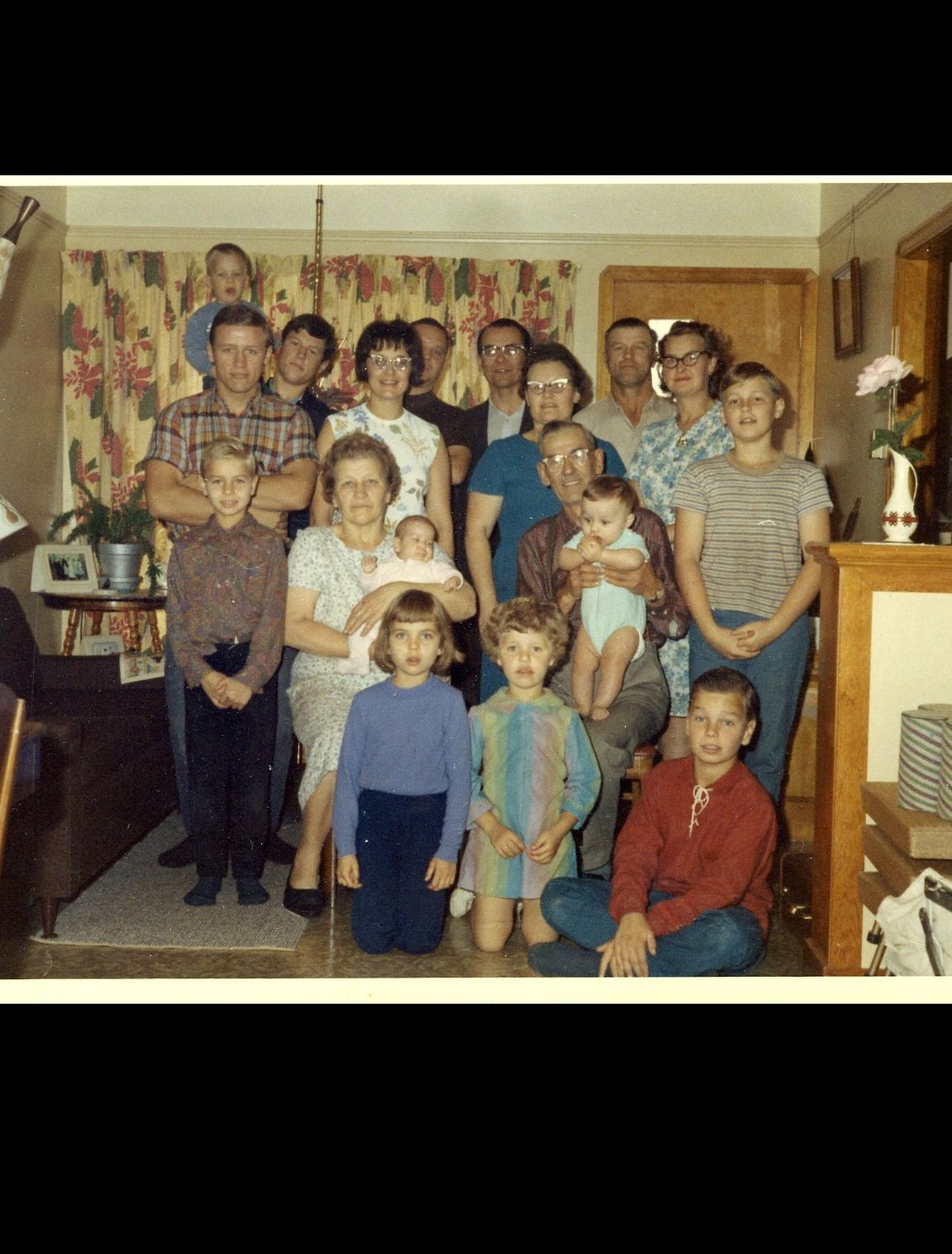 To Watch the Livestream of the Service, please click this link:

Ronald Michael Trischuk passed away in his sleep at home on November 19, 2021, three days shy of his 75th birthday.

Ron was born in Cudworth on November 22, 1946 to his parents William (Bill) Trischuk and Anne (nee Tabashniuk). He was the first of five, and spent his early years on the Trischuk homestead farm, three miles east of Cudworth. Those days were not easy – there was no running water, no power, and plenty of hard work. Travel was done by buggy, caboose, or once even a horse-drawn boat. Winter 1950 produced a snowstorm that covered the family’s house.

The family moved to Cudworth in 1955, and built a home with help from Bill Tabashniuk, Ron’s grandfather.

Ron first made his way to Saskatoon to attend the University of Saskatchewan, staying with many other young Ukrainian-Canadians at the Mohyla Institute on Temperance Street. There he joined the Ukrainian youth choir with Mrs. Mary Tkachuk and the Yevshan dance group with Lucia Pavlychenko where many lifelong friendships were forged.

Ron obtained degrees in Physical Education (the precursor to Kinesiology) ’70, Education ’72, and Biology ‘76. His application to have $300 of his university tuition paid in grain was accepted in 1967!

Ron was one of the earliest members of the Saskatoon Rowing Club in 1973, and was the treasurer of the SRC when they were first recognized by the Canadian Amateur Oarsman Association. He was on the first Saskatchewan team to compete in rowing at the Jeux Canada Games in Burnaby, BC in 1973, along with Bob Haver, Neil Garvie, and Stuart Meeklah. In the early days, the 300lbs boat was stored under the Besborough Hotel and carried down to the river.

Unfortunately, a training injury to his back ended his rowing career much too early. Ron spent months recovering from surgery, so he taught himself how to solder and put together his first stereo system from parts to pass the time while he was confined to his bed.

After convocating, Ron worked as a teacher in Last Mountain, Saskatchewan in 1977 to 1979, and then returned to Saskatoon to obtain his real estate licence and work as a Realtor. He recently received recognition for 40 years of service from the Saskatchewan Real Estate Association. Ron won listing awards in the 80s and 90s for his signature hard work.

Ron met Felicity in 1982 in Saskatoon. Mark and Audrey showed up in 1987 and 1990, and were far from perfect children, but he gave them rides to school and their activities with minimal complaint, which is how he showed his love to them. This was a popular attraction as the station wagon had a backward-facing rumble seat.

Ron volunteered his time to teach math once a week with the Saskatoon Open School, and always enjoyed coming on trips to chaperone.

Ron spent many years volunteering for Ukrainian organizations, including TYC/the Ukrainian Self-Reliance League, the Ukrainian Professional and Business Club of Saskatoon, and the St. Petro Mohyla Institute board of directors.

Ron was always a supporter of Mohyla, becoming its Director in 2006 for its 95th Anniversary. Ron spent many volunteer hours working on the Mohyla building itself to try and keep it in shape while being mindful of its budget.

He was a member of the Ukrainian Orthodox Cathedral of the Holy Trinity for many years, singing in the church choir. Ron also joined the Saskatoon Men’s Chorus, performing concerts in large auditoriums in Saskatoon.

Ron loved photography, and prior to the advent of digital cameras, always made sure he lugged around at least three cameras with different types of film and his tripod. His family were always aggrieved by family portraits on special occasions, but eventually admitted that they were appreciated. Ron won photography contests for Royal LePage in the ‘90s, topping hundreds of other submissions for their yearly calendar.

Ron was a “serious” curler (according to O.T.), and won his share of local bonspiels in the 80s and 90s. Ron’s custom burnt orange and brown curling sweater with TRISCHUK across the back put opponents on notice.

Ron loved baseball and played plenty of softball games, leaving a well-used baseball mitt. Mark tried to follow in his footsteps but couldn’t keep his eye on the ball – soccer became the new sport and Ron came to watch Mark’s 90-minute soccer games. He spent many afternoons and evenings watching the Blue Jays or the Leafs, in later years usually instead of Mark’s soccer games.

When not doing these things, he always had a project on the go, usually assisted by his children under the guise of quality time but they were mostly waiting for the unspoken promise of a snack at the end. Through these afternoons he passed on his jack-of-all-trades skillset, which included everything from building a house to keeping a garden to fixing a car. He was the tutorial video before such a thing existed.

Ron could often be found under a car or bent over the engine bay. His history with them was often challenging, from selling his beloved 1970 Corvette to his brother Bernie, to losing two BMWs in a parkade flood in 1983 and fighting SGI for a payout, to Mark blowing head gaskets on his ‘79 International Scout and ‘86 Buick wagon and also wrecking the driveshaft on his 1988 BMW 5-series. Some of this was (hopefully) forgiven when Mark brought over his 1996 Mercedes with heated seats for Ron to drive in the winter. Ron could make any car live almost forever. His blue 1980 Oldsmobile was finally sold in 2019, and still lives on with a new owner. Audrey’s Honda has been going so long that its odometer has broken, but it still chuggs along like the day it was made.

Ron managed to see some of the world, from Mexico with Yevshan to Hawaii to South Africa to Australia to visiting Ukraine as chaperone with Mark and the Lastiwka Ukrainian Orthodox Youth Choir. These trips were not frequent, but they were done in earnest, with camera always in tow. Ron loved to spend time at the lake, eating chips and swimming to the farthest buoy at the beach.

Ron made sure we always attended Ukrainian Christmas, reunions, weddings, and birthdays. As a family, we were always waiting for Ron’s arrival but we now know he will be the first one there.