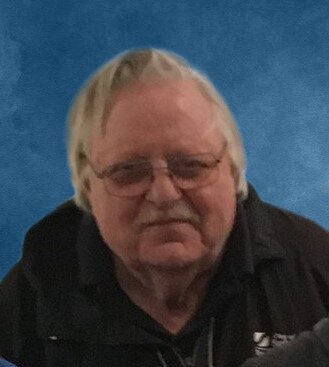 Ed Hahn was a study in contrast often doing things his way no matter what others thought. This started very early in life. In grade school his parents were contacted and asked why Eddie wasn’t coming to school? But Eddie had been going to school every day… hadn’t he? One of his sister’s was sent to investigate and followed Eddie to school. And true to form Eddie arrived early and joined his friends on the playground. When the bell rang all of the children went into the school. All but one! Eddie remained on the playground and waited for his friends to rejoin him at recess…
Eddie as a man could be described as temperamental, stubborn, and fiery and at the same time described as kind, loving and generous and all of these things would be true. Eddie was a man you simply couldn’t put into one box. With Eddie life was never dull. For friends and family members gatherings were always to be remembered. Games would be played, and stories swapped, the stories each one more fantastic than the last. Even among the competitive Hahn family Eddie stood out. Games with Eddie were always a bit more fun. The house on Ave K was home to many world championships! Ping Pong, Darts various card and dice games among them. Shinny was played for the Stanley Cup. The victories with Eddie always a little bit sweeter the losses a little more bitter. Eddie’s partner in card games got to listen to Eddie extolling his virtues as the worlds greatest card player, bask in the glory of victory or conversely shoulder the burden and blame in a loss “… I can’t believe you let me down like that” or something to that effect would be heard (most of the time he was kidding).
I had the good fortune to be a regular partner of Eddie’s on the golf course for a number of years. The game was always a little more interesting because Ed was part of it. Ed was a fierce competitor trying to bend the golf course to his will and a fun partner often providing entertainment for the rest of us with his colourful commentary regardless of whether things were going his way or not.
For a number of years after the passing of his parents Eddie continued to host the traditional Christmas breakfast at the house on Ave K. It was a collaborative effort to feed the family army that came and went throughout the day, but it was cherished by all of us that took part.
Eddie’s contrasts made themself prevalent at work as well. During Ed’s 32-year career working for the city his supervisor once explained that Eddie was a good worker… they just had to get used to the fact that he wasn’t going to show up on time.
I’m sure anyone that knew Ed could come up with a story or two (or twenty) about him being late. He was after all a Hahn and not alone in that trait.
Eddie would be not described as the greatest planner in the world often taking life as it came. Eddie met his long-time partner Anne by happenstance. He and his work partner and friend Les were enjoying coffee across town when he and Anne who was also out with a friend first exchanged glances. A short time later Eddie was a regular at Anne’s workplace often buying small items so that he could see his favourite cashier. Eddie graduated to buying Anne small gifts and their relationship grew from there. While Eddie and Anne had a long-term loving relationship, they never lived together. Further evidence that with Eddie things were often a little different than most.
As Eddie neared the end of life, his health failing, he made peace with what was coming, on several occasions saying that he was ready and focusing his attention on those around him to make sure they were ok. Further evidence of his caring nature. It was the most ‘grown up’ I had ever seen my uncle behave in his entire life.
Well today we put Eddie in that box I said he could never be put in and say goodbye to him. But true to form, Eddie won’t stay in that box. He will live on in all our memories. Our contrast going forward is solace that you are no longer in pain Eddie, but each of us suffering a loss a little more bitter because you were part of it.
Eddie you are missed, you are loved and may you rest in peace. Message from Anne:
To the love of my life, my sweetheart, and dearest best friend. I am heart broken and beside myself that our time together on this earth has ended, but I am thankful and relieved that you are no longer in pain. In the last few years and especially in the last few months I have felt your pain with every fibre of my being and wanted so badly to be able take it away from you so you could be happy and healthy by my side. I am forever grateful for the time and memories that we shared and will cherish them forever. I love you and miss you so much, until we meet again all my love sweetheart.

My Message to Anne:

Anne, you were Eddie’s guardian angel. He was blessed to have you in his life and his love for you was obvious. He will live on with you and all of us in our memories.

To watch the recording of the Service, please click this link:
https://video.ibm.com/embed/recorded/131178747

It is with heavy hearts, we announce the passing of Edward Hahn, age 69, at St. Paul’s Hospital with his beloved life partner Anne Schapansky by his side. He will be dearly missed by his siblings; Adelyne Appleton, Gloria Allison, Sharon (Don) Giles, sisters-in-law Mary Hahn and Viola Hahn and brother-in-law Wayne Currie, numerous nieces, nephews and their families and friends.  Pre-deceased by his parents, Gottfried and Agnes (Lisko) Hahn; siblings; Albert, Adolf, Marty, Elsie, Laura and four siblings lost in early childhood; nephews, Jamie Hahn, Rick Hahn and niece Diane Foley.  Eddie was born in Saskatoon where he attended King George School, Bedford Road and Tech.  He worked in construction doing Stuccoing, then moved on to work for the City of Saskatoon, where he retired after 32 years.  Eddie enjoyed golf, cards, board games, all of which he was extremely competitive at. He especially enjoyed family gathers at his life long home on Avenue K. Visitation for family and friends will be held on Sunday, November 28, 2021 at Saskatoon Funeral Home from 7-9 pm. The funeral service will be held on Monday, November 29, 2021, at Trinity Lutheran Church, 419 Ave E. North, Saskatoon, Sk. beginning at 2:00 pm. Livestream will be available for those unable to attend. Interment will follow at St. Paul Lutheran Church Bergheim Cemetery South.  Please be aware that mask and social distancing are requested by the family. At this time there will be no luncheon following the service. A celebration of Eddy's life will be announced in the spring of 2022. In lieu of flowers, memorial donations may be made to the Heart and Stroke Foundation.

Share Your Memory of
Edward
Upload Your Memory View All Memories
Be the first to upload a memory!