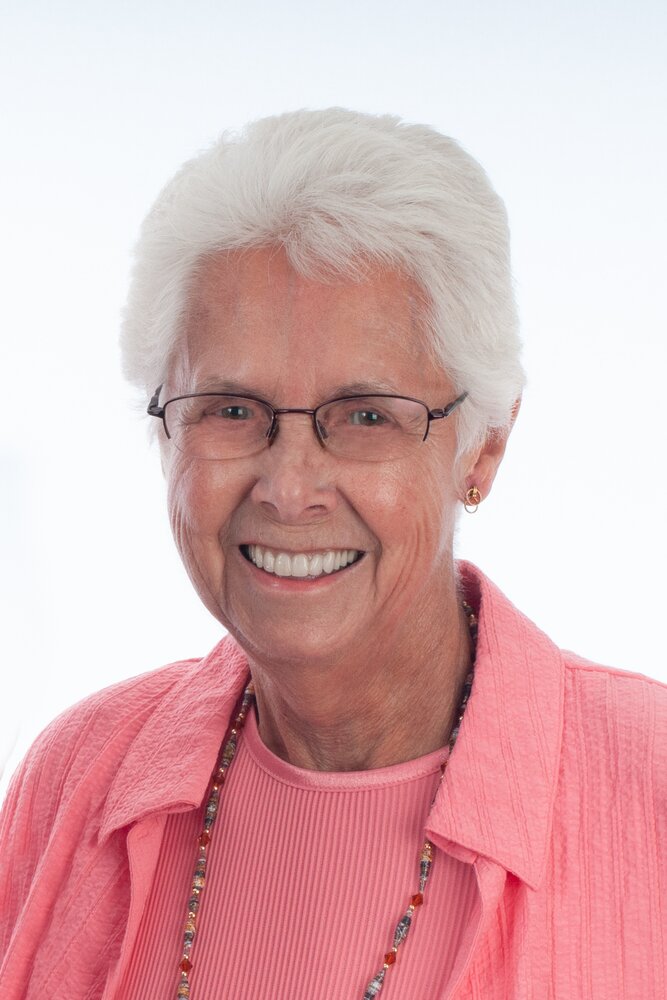 Mildred was born in Elrose, Sask. and grew up on the farm. She attended high school in Sanctuary where she met the love of her life.   After graduating from high school she moved to Swift Current to become a switchboard operator for Sask-Tel.  She worked until her marriage to Gordon in 1951.  Following their marriage, Mildred stayed home to raise their children until she returned to the work force in the late 70's.  She worked for the Saskatchewan Wheat Pool until her retirement in 1989.

Throughout their married life Mildred and Gordon enjoyed travelling, spending many summers camping and touring in various parts of Canada.  In later years they also took bus tours, cruises and travelled to sunny climates.

Family and friends were important to Mildred and Gordon and their home was often the gathering place for many occasions. Together they created a space where everyone felt welcome. Nothing made her happier than to spend time with her children, grandchildren and eventually great grandchildren.  There were always cookies in the cookie jar.

Mildred was very involved in her church community, serving on the United Church Women executive, and singing in the church choir.  She was often involved in organizing, preparing and serving at multiple church suppers and craft sales.  Mildred and Gordon enjoyed dancing and belonged to several square dance clubs over the years.  They were a treat to watch  on the dance floor at family weddings.

Mildred was an excellent seamstress, sewing most of the clothes for her family. She also made graduation dresses, wedding dresses, bridesmaid and flower girl dresses as the occasions arose.   As the family grew she began quilting, sewing quilts for her grandchildren, and baby quilts for the great grandchildren as they arrived.  For several years she also quilted with a quilting group at Mayfair church.

Mildred was an avid Blue Jays fan, watching games whenever she could.  They travelled to Minneapolis a couple of times to watch the Jays play the Twins.  She also enjoyed curling and attended both the Brier and the Scotties several times.  She had carefully followed the curling trials that just wrapped up in Saskatoon.

Due to Covid restrictions a celebration of life is planned for spring 2022 in the hope that we are able to gather safely.  An announcement will be placed in the Star Phoenix when the date is known.  In lieu of flowers donations may be made to the Sandra Schmirler Foundation or The Heart and Stroke Foundation.