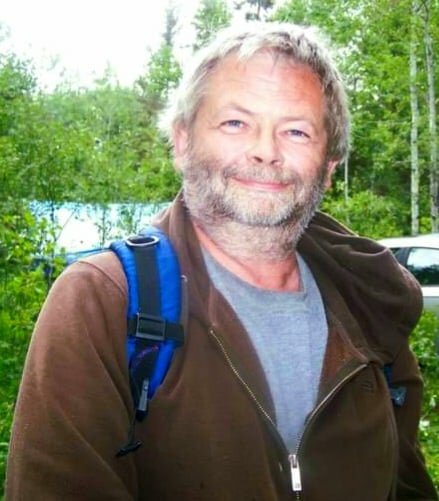 It is with great sadness we announce the passing of Patrick Weir on Monday, December 6, 2021, at the age of 64. Pat was predeceased by his loving wife Shirley (Appelgren), his mother Marion Margaret (McNolty) and his father Leslie Allen. Left to cherish his memory are his four children and their partners, Michelle (Kevin), Travis (Savanna), Laura (Adam), and Heather; six grandchildren Declan, Jordyn, Ashtyn, Jayce, Hunter and Keegan; brother Phil, sisters Shirley and Donna, and brothers-in-law Don and Ray; as well as numerous cousins, nieces, nephews, and many friends. Born in Prince Albert, Pat later studied to become a Steam Engineer before working for the Government of Saskatchewan in North Battleford. While he was pursuing this education he met his beautiful wife Shirley at a Valentine’s Day Dance; one of his fondest memories was their wedding day. Together, Shirley and Pat raised four children; later in life, Pat described having four wonderful children as one of his most significant accomplishments in life. He will be warmly remembered as a tinkerer, always having a project on the go, as well as an avid outdoorsman who enjoyed boating, fishing and many summers spent with family and friends at Candle Lake. His inexhaustible willingness to help the people he cared about leaves a legacy of numerous people who are better off for having known him. A service will be held at Prince Albert Memorial Gardens during the summer of 2022. Thank-you to the compassionate and conscientious staff at St. Paul’s and Royal University Hospitals in Saskatoon, Victoria Hospital in Prince Albert, Nipawin Hospital, and Saskatoon Funeral Home. In lieu of flowers, those wishing can make a donation to a mental health organization or initiative of your choosing as per Pat’s wishes.

Share Your Memory of
Pat
Upload Your Memory View All Memories
Be the first to upload a memory!
Share A Memory