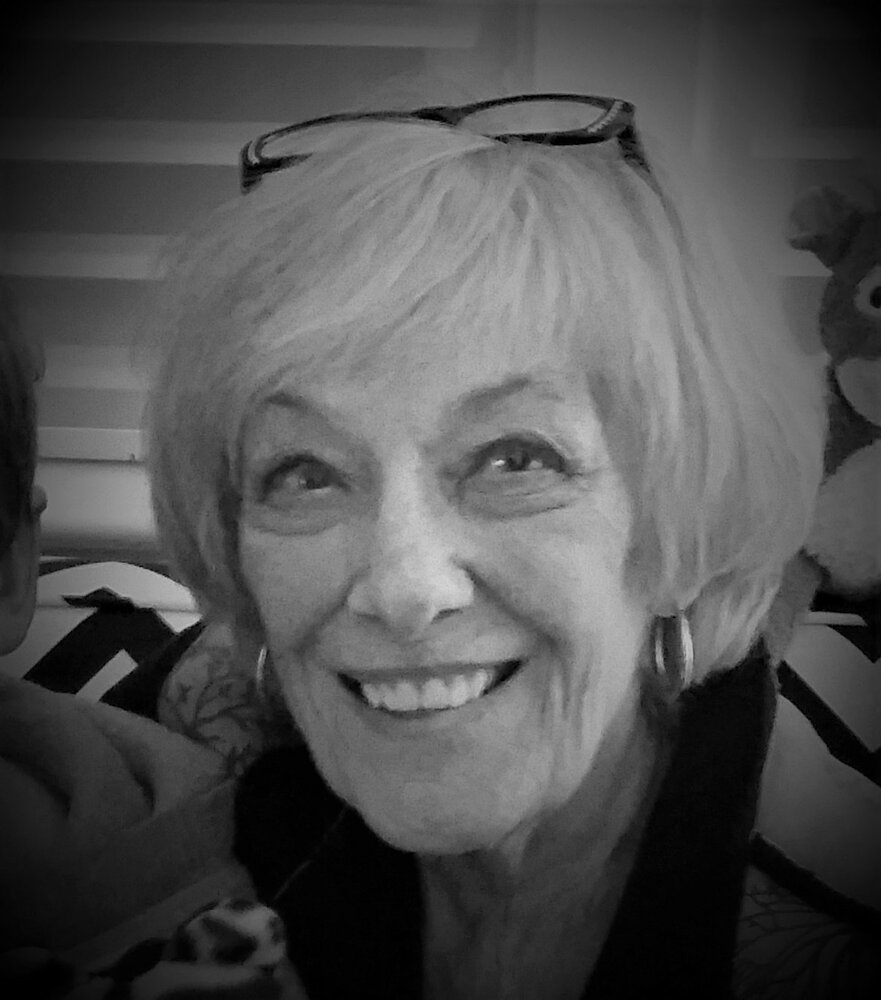 Barb Racine died last week from a short, terminal illness. Born in Saskatoon to Mona (Wilson) and Lloyd McLeod, she was a Saskatchewan girl through and through. Barb attended Wilson elementary school and loved to ride her bike to Riversdale pool with her friends, pigtails flying. She went to City Park Collegiate where she met and started dating Bob Racine in grade ten. Barb was a force on the basketball court, a natural leader, and a popular young lady whose classmates chose her to be the Senior Pin of their graduating class (and Bob was the Senior Watch!). She was smart, efficient, organized and compassionate so she trained at Saskatoon City Hospital’s nursing program and earned their “Outstanding Graduate” award in 1964. Barb worked overnight shifts in the operating room at Saskatoon City Hospital. She moved to Edmonton as a young newlywed while Bob finished his studies at the University of Alberta and they made many lifelong friends. Barb worked at a medical clinic there until they returned to Saskatoon where she started our family and focused her caring nature on her home.

Barb married her high school sweetheart Bob Racine in 1965 and together they raised three daughters: Karen, Nicki and Janet. She loved being a mom and wife and grandma more than anything else in this world. Barb was a great cook and gracious hostess. She dressed with class, decorated in style, and never said a mean word about anyone. Barb always had some sort of fun craft ready for the neighborhood kids to do, whether it was baking hand cookies, making plaster cast figures at the beach, or creating colorful piñatas for New Year’s Eve. She attended every school assembly, made countless sequined outfits for ballet recitals, dressed up in elaborate costumes to answer the door on Halloween, and never ever missed her grandsons’ soccer and basketball games. Barb was a natural athlete too; she played tennis, racquetball, golf, and, most recently, was on the leaderboard of her online morning solitaire card league for seven years straight. She liked to win! The Racine family spent most summers at Waskesiu Lake where she taught everyone how to water-ski. After retirement, Barb and Bob passed their winter months in Kauai, Phoenix and finally (their favourite place) Palm Springs where they enjoyed the company of dear friends in their lovely condo community.

Barb served the Saskatoon community as an active and effective volunteer throughout her life. As a young mom, she took the girls along with her to deliver Meals on Wheels, and every Friday worked in the River Heights School library. She was a member of the Kinette Club for two decades and played an especially large role in the Kinsmen Telemiracle’s office operations during its early years. Barb also sat on the Board of Royal University Hospital Foundation where her medical knowledge and intuitive sense of patient care made her an effective voice. She would probably be proudest of her longtime involvement with the CFQC Secret Santa program. Family friend Denny Carr recognized Barb’s talent and recruited her to be his organizational powerhouse behind the scenes. Barb co-ordinated the purchase of toys and preparation of the gift hampers, supervised the volunteer staff, and sorted out any last-minute issues on distribution day. She never asked anyone to do more than she was willing to do herself, and she did it all so well that her contributions sometimes seemed invisible. Barb preferred it that way. She was a person who cared about her community and gave a lot because it mattered to her, not because she sought credit or attention.

Barb has left behind her best friend and beloved husband of fifty-six years Bob, daughters and sons-in-law Karen Racine, Nicki and John Ault, Janet and Dale Murray, the two grandsons she adored, Sam and Tommy Ault, her siblings Bob (Joanne) McLeod and Linda (Bill) Bahr, and Bob’s sister Pat Walker. Barb was predeceased by her parents Lloyd and Mona, parents-in-law Gordon and Peggy Racine, and sister-in-law Barbara Wallace. She had long-running private jokes with many of us, enjoyed a good prank, and always knew what to say or do that would make people feel better. We loved her so, so much and will miss her every single day from now to eternity.

The family greatly appreciates the kindness, support and tools they received from the home care nurses during Barb’s final weeks. She died at home, surrounded by love and looking into the eyes of her precious Bobby.. In deference to Barb’s wishes to keep everyone safe during the pandemic, there will be a small private service for family now and a celebration of life for her many friends when health conditions are safer. Condolences may be left for the family on Barb’s tribute page at www.saskatoonfuneralhome.com.   Arrangements have been entrusted to Saskatoon Funeral Home.