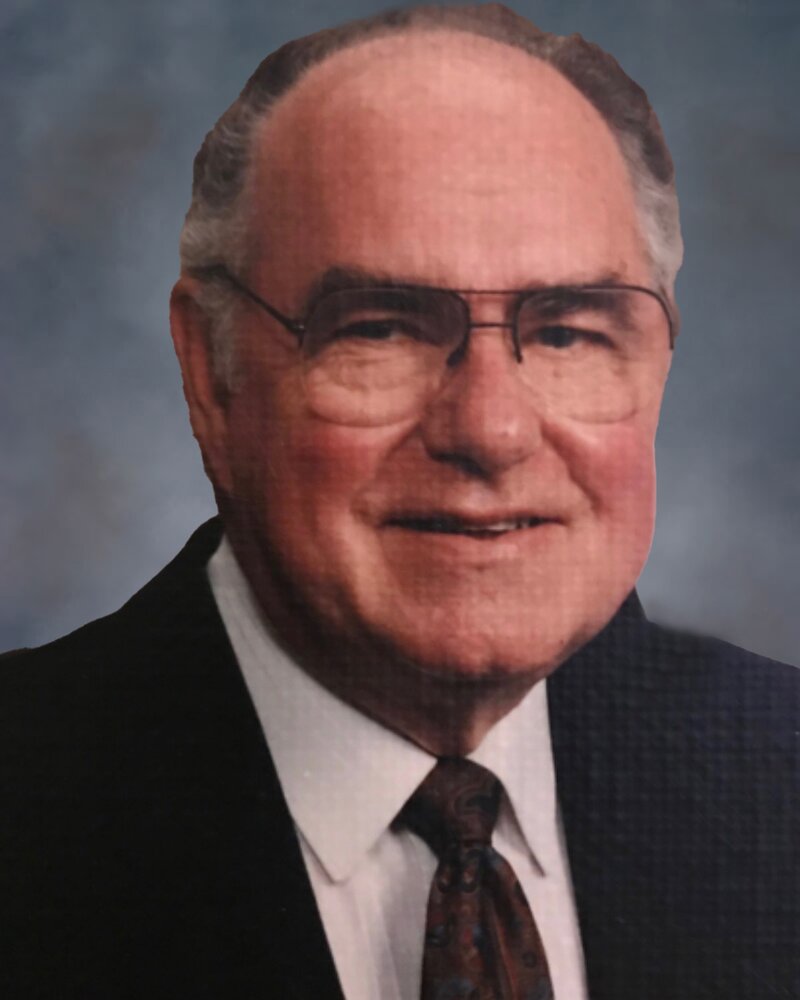 To Watch Video of Service Click this Link: https://video.ibm.com/embed/recorded/131260924

Born in Saskatoon to Ottillie and George Ayers, the youngest of five boys, Bert was predeceased by his brothers Frank, Fred, Jack and Bob. Growing up he attended Buena Vista School, Nutana Collegiate, and graduated with a Bachelor of Commerce from the University of Saskatchewan in the spring of 1950 at the age of 19. Bert had a distinguished career as an accountant in public and private practice for 40 years, participating as president of Saskatchewan Institute of Chartered Accountants and was granted designation of Fellow Chartered Accountant (FCA). He also received an Honorary Doctor of Laws (LL.D) degree from the University of Saskatchewan.

During his career, Bert demonstrated an unending commitment of his time and effort to advance the betterment of his community and fellow citizens. His involvement included local community and national organizations, service clubs and governance bodies. He had a particular interest in contributing to organizations in the health care field. He participated actively with the Saskatchewan Health-Care Association receiving a honorary life membership and being recognized with the Smith-Walshaw Award, with the Canadian Hospital Association he acted as chair for a number of years, was the first Canadian invited to serve on the National Congress of Hospital Governing Boards sponsored by the American Hospital Association and he also represented Canada on the International Hospital Federation. Locally, Bert participated as a volunteer member on Saskatoon City Hospital Board and Royal University Hospital Board spending time as chair on both. Bert was the founding chair of the Royal University Hospital Foundation, an organization which to date has raised in excess of $155M in donor funds in support of advancing equipment, innovative research and education for health care professionals. Bert also provided his expertise and governance advice as a member and chair of the board at Saskatchewan Mutual Insurance. He received a number of additional honors over the years including the Queen’s Jubilee Medal for Outstanding Service, being named as one of the one hundred distinguished citizens of Saskatoon and the City of Saskatoon Centennial Medal of Appreciation for Good Citizenship.

Bert was also very active with the Saskatoon Kinsmen Club and Rotary International Clubs in Saskatoon and Victoria BC. In 2021, Bert received a Life Honorary Rotarian membership to the Rotary Club of Victoria.

While Bert’s selfless community and philanthropic contributions are awe inspiring, his unwavering priority was cultivating a loving environment with family and friends. Bert married the beautiful Betty Anne Botham from Birch Hills in 1957 and they were blessed with two boys, Timothy and Craig (Patricia). He is also survived by sister-in-law Lee Botham, and many caring nieces and nephews. Lifelong friendships were developed through the local service clubs and community organizations he and Betty Anne participated with. Enjoying good times, travels, laughs and fellowship with friends has always been important to Bert and Betty Anne.

Many happy years were spent at Emma Lake and during retirement Bert and Betty Anne enjoyed great times with friends in Sun Lakes Arizona and Victoria BC.

Bert’s family, friends and community will be forever grateful for his lifelong contributions. He was a very special man, loving husband and father, a great friend and mentor to many. Rest in peace Bert – your spirit will be in our hearts forever.

The family greatly appreciates the compassionate care provided to Bert by his physicians and the staff at Sherbrooke Community Centre. In memoriam, for those wishing, contributions to Royal University Hospital Foundation would be appreciated. A celebration of Bert’s life will be held early in the new year.

Share Your Memory of
Bert
Upload Your Memory View All Memories
Be the first to upload a memory!