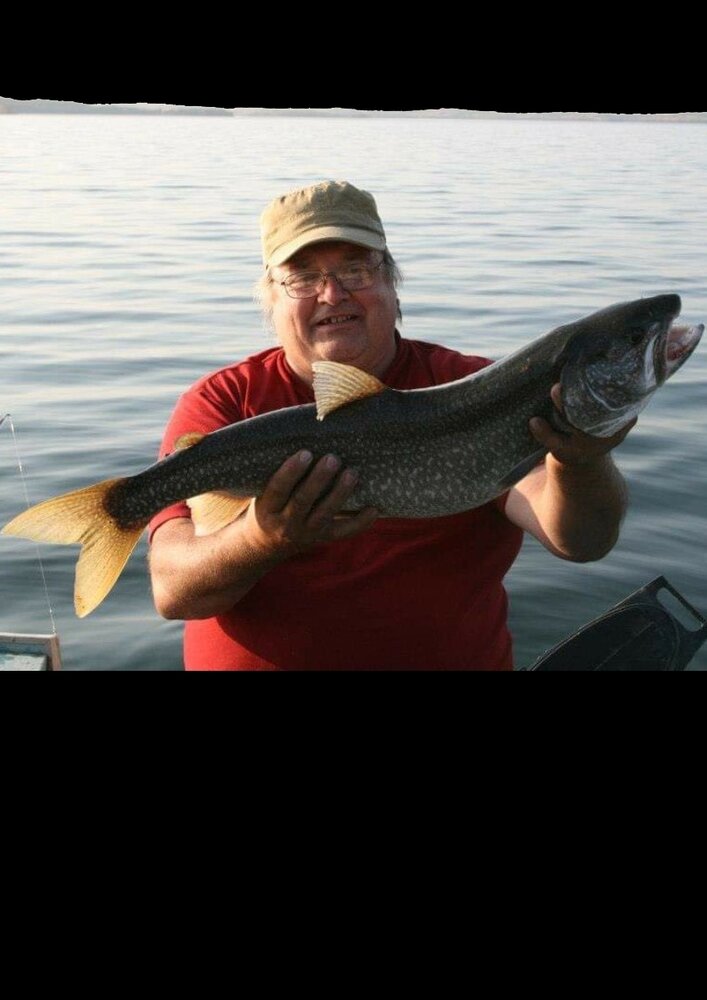 George was a farm kid raised at Saint Denis, Saskatchewan.  There he started to learn his construction trade by building forts and climbing trees which he passed these skills to his son. He took this trade throughout Saskatchewan, Ontario,  Alberta and Australia. He built and renovated many buildings. No job was too small or too big.

George was a big man with a big heart, big ideas and big stories.  He could spin a tale that had us questioning and kept us guessing.  He had an amazing eye for detail; he could always tell at a quick glance if the hardy board or drywall was out by a quarter inch from 20 feet away. No way we’d say, only to be proven wrong with a measuring tape. He was always only a phone call away when we needed him as our on-call construction helpline.

Some of our greatest and fondest memories of George was when he was fishing. He could catch his limit or not catch a nibble and say it was a great day as long as he was with other people and by the water. Most of the time he’d share his catch with anyone who would join him in a fish fry.

George will always be remembered by his nephews and nieces as a great uncle, by his kids Jennifer, Adrien and Tenille as a great dad, by his grand kids as a loving grandpa  and by his siblings and friends as a great brother.