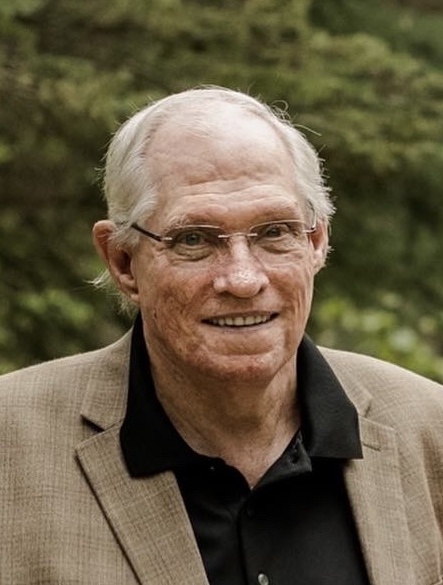 With immense sadness, we announce the passing of David William (Bill) Jensen, age 76, late of Swift Current, SK.  Bill passed away at Royal University Hospital ICU in Saskatoon with his family around him.

Bill was born in 1945 in Shaunavon SK., where he grew up and then graduated from the local high school.  Bill worked on the rigs for a few years before moving to Saskatoon to paint at the potash mine.  In 1967 he married Merideth "Muff" Jensen, the love of his life, and had his first son, Darren Jensen.   They went on to have their second son, Curtis, in 1969.  They then moved to Winnipeg, where he started work with Coop Trust company as a financial advisor.  This job led him to Regina, SK., Swift Current, SK., Oakville, ON., Caledon, ON., Prince Albert, SK., Calgary, AB., and finally back to Swift Current.  It was here where Bill took over his father's clientele with Investors Group and became a very successful financial advisor.

Bill enjoyed flipping houses and fixing up old cars in his younger years.  He instilled his passion in his son Darren, who enjoyed helping him fix Pontiac GTO Judges, and helped show the vehicles at car shows all over.  They went on to win many awards together.

Bill loved to camp and travel, most notably to the West Coast, including Washington, Oregon, and California.  He often spoke of how he admired traveling there.  He traveled in his RV with Muff and their German Shepard, Jasper.  They often made their way to Death Valley national park, where they would go off-roading in their jeep.  Later, after Muff passed, Bill would go alone or take his neighborhood friend, Tom.  He loved to tell stories about their times traveling together.  We will all remember Bill's love for helping his family and friends.  Bill was extremely knowledgeable and wanted to make sure his family was set.  He made sure everyone owned a copy of “The Wealthy Barber”.

Bill enjoyed the Greek Community in Swift Current.  He spent many nights at the Akropol having supper and often took his family for brunch at the K Motel.  Bill developed close relationships with the staff, and everyone knew him by name.  Once COVID started, Bill took his safety and the safety of others very seriously, so he didn't frequent the restaurants as often as he once did, however, he still ordered his meals weekly to have at home.  He was a major sponsor at Greek Night in Swift Current yearly.

When his grandchildren were young, Bill and Muff would take them camping at Pine Cree each summer, where they instilled their love of the outdoors in the kids.  They would go dino bone picking by Eastend and always ended up at the museum.  Bill always had a knack for finding the biggest and best bones but would give his grandchildren credit when they brought their finds to the local dinosaur museum.

In memory of Bill Jensen, donations made to the Swift Current SPCA would be appreciated by the family.

A small service will be held in the Spring.