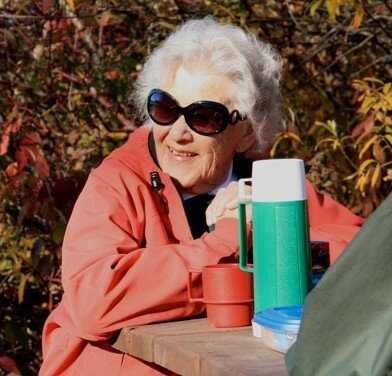 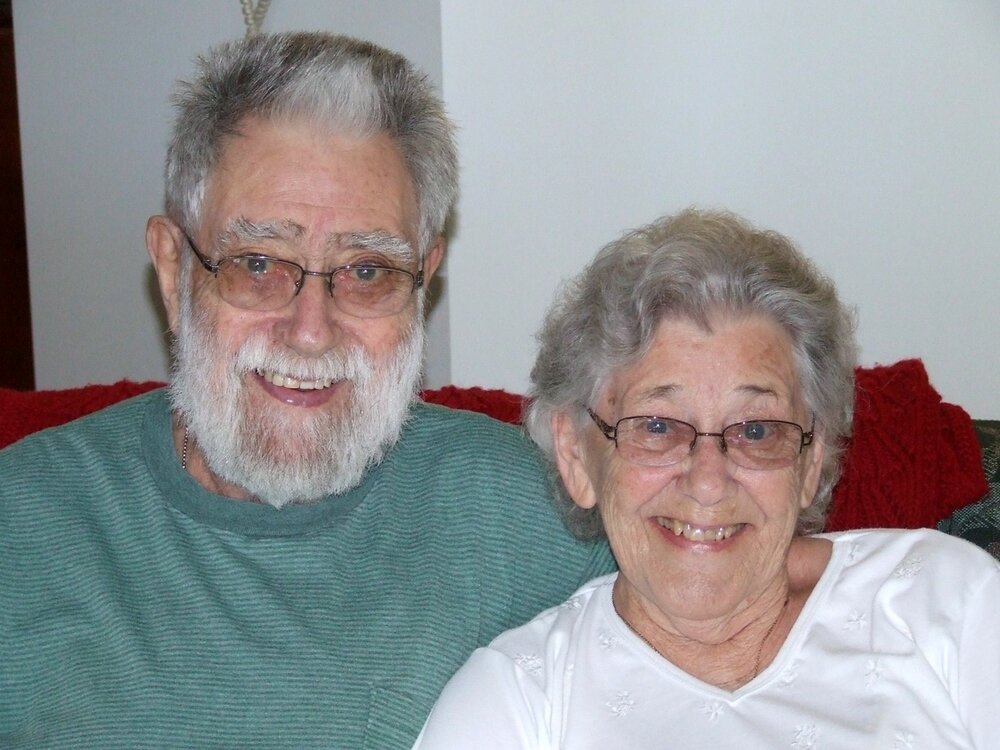 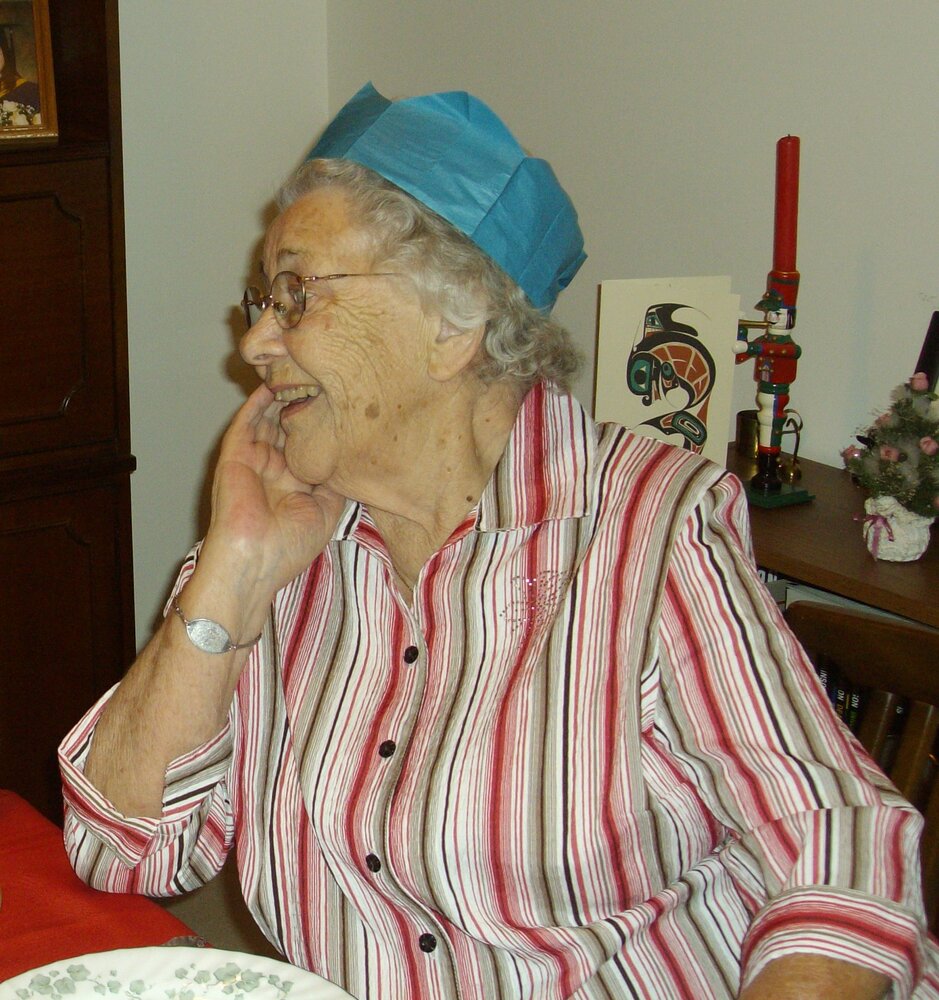 It is with great sadness that the family of Edna McCawley (nee Crofts) announce her passing, in Saskatoon, on Thursday January 20, 2022, her 93rd birthday. Edna slipped away peacefully and as was her custom, without a fuss. She was a long-term resident of Saskatoon, having moved there from the UK in July of 1966. Edna was predeceased by her husband Terry, the love of her life for 69 years.

Edna is survived by her son Michael (Geralyn) of Orem, Utah, and her daughter Barbara Zintel (Brent) of Saskatoon. She is also survived by four grandchildren Caitlin Zintel-Clemas (Chris) and Kerry Zintel of Saskatoon, Erin McCawley (Alex Tarazon) and Sean McCawley of Orem.

Edna was born Jan 20, 1929, in Chiswick, London and lived there until her marriage to Terry in 1952. After a brief period, they moved to Stevenage. It was there that Edna encouraged Terry to apply for a position in Saskatoon and to her surprise and on relatively short notice found herself packing and organizing a family move from the UK to Saskatoon, Canada. One unexpected consequence was the weather. Exchanging the moderate climate of England for the extremes of the prairies was met with shock and disbelief, but much was made of outfitting the family to survive their first prairie winter. Numerous conversations over the years confirmed that the choice to move was taken on a leap of faith but never once regretted.

Shortly after arriving in Saskatoon Edna became involved with the Girl Guides of Canada. She oversaw a Guide Troop for several years and there were many laughs as she shared some of the events that occurred under her watch. Despite the humorous events she took her responsibilities seriously and she embraced her interactions with the young girls. Another love was going door to door collecting for the Cancer Society. She met many interesting and diverse people and loved to talk about her interactions with them.

As her children grew older, Edna decided to take a part-time job in the kitchen at the restaurant in what was at that time the Eaton’s store in the Midtown Plaza. Initially she worked Thursday evenings and Saturdays but as time went on, she worked more days. Her time there led to many long-term friendships and once again many good stories.

Edna loved to dance. A particular favorite was to attend the New Year's Eve dinner dances that were held at the Bessborough Hotel. She also loved a good party. There were several boisterous events at the McCawley household where party games and dancing would carry on through the wee hours.

Throughout her time in Canada Edna loved to travel. For many years she and Terry travelled the length and breadth of the country, spending time in every province as well as numerous locations outside of Canada. She would spend hours recalling places visited and friendships formed.

Among her many interests was a love of birdwatching. Edna was a long-time member of the Saskatoon Golden Eagles Birding Club. She and Terry found a community of like-minded enthusiasts and their regular outings took them to many varied and unusual locations.

Edna took considerable pride in her cooking skills. She was inquisitive and adventurous, willing to try out new foods and recipes on her family. She liked to share her skills with others and was known to spend time teaching basic cooking skills to schoolfriends of Michael and Barbara. She also liked to plant a vegetable garden every year and took delight in harvesting the results of her efforts.

Edna had a full life, rich with experiences and friendships. She will be sorely missed by her family as well as the many friends and acquaintances formed throughout the years.

The family would like to thank the staff at Sunnyside Nursing Home for their loving care and support.

Due to current Covid restrictions a memorial will be held at a later date.

In lieu of flowers, the family request you consider a donation to the Saskatoon Zoo and Forestry Farm.

Share Your Memory of
Edna
Upload Your Memory View All Memories
Be the first to upload a memory!
Share A Memory