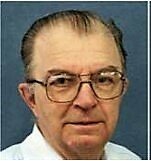 The death of Fr. Anthony (Tony) Schmidt, OMI, occurred at his home at Trinity Manor, in Saskatoon in the early morning hours on February 1, 2022.  Fr. Tony was born in Allan, SK, on July 12, 1928, to Magdalena (Fischer) and Joseph Schmidt, the seventh of twelve children.  After attending primary school in Allan, Fr. Tony went to St. Thomas College, in North Battleford, SK, and in 1945, entered the novitiate of the Missionary Oblates of Mary Immaculate, at St. Charles, MB.  He pronounced his First Vows on August 15, 1946.  His scholasticate formation was at St. Charles, in Battleford, SK. He was ordained to the priesthood on June 11, 1954.

For many years, Fr. Tony was a teacher of all areas of mathematics, at St. Thomas College, and schools in Alberta. While he was teaching, Fr. Tony always made himself available to assist in parish ministry.  Fr. Tony also served in Oblate community ministries: as the Director of the Missionary Association of Mary Immaculate (MAMI) and the Oblate University Student Residence in Saskatoon. Beginning in 1970, Fr. Tony began ministry as parish priest, serving in many communities in Alberta, Saskatchewan, and Manitoba. Though he was often assigned to 2 or 3 parishes at a time, he was involved in Oblate community roles as well, serving as district superior in several locations, and on many committees with Oblate and diocesan organizations.

Fr. Tony loved sports and was known to give a shorter homily at weekend liturgies if the Riders were playing, or if the Stanley Cup was on. He was a great storyteller and was happy around the tables of parishioners sharing a meal and good humour.  Fr. Tony’s sister Mary remembers being raised in a very spiritual and religious household. His family was very proud of Fr. Tony’s priesthood, and his commitment to his faith was a source of nourishment to all of them. They remember him as being very thoughtful and caring. He loved spending time with his brothers and sisters and their families, who would frequently visit him in the parishes where he was serving. His nieces and nephews considered themselves fortunate to be able to go skiing and fishing with their Uncle Tony and were grateful that he was always there for them, celebrating their marriages, and saying their family goodbyes.

Fr. Tony retired from active church ministry to St. Mary’s Residence in Battleford, SK, in 2003.  However, his ministry within his Oblate community remained very significant. He was the Director of the Oblate residence in Battleford from 2003 to 2010.  Fr. Tony was well known for his organizational skills and attention to detail. He would gently, with a chuckle, point out any errors he may have noticed in the Oblate communications. He became very computer literate as an elder.  After he moved to Trinity Manor in October, 2014, the Oblate community became very reliant on him as their “messenger”. Not all the members at Trinity had computers, and Fr. Tony faithfully printed out each communique and made sure everyone kept well informed about community news. His care and ministry to his brothers was greatly missed when he became unable to provide this service anymore.

Fr. Tony is survived by the members of the Missionary Oblates of Mary Immaculate, OMI Lacombe Province, his siblings, Mary, Magdalena, and John, and many nieces and nephews. He was predeceased by his parents, Magdelena and Joseph, and his siblings Joseph, Adam, Eva, Elizabeth, George, Helen, Ernest and Genevieve.

The funeral for Fr. Tony will be held on Friday, February 25, 2022, at 10:00 am, at St. Philip Neri Parish, 1902 Monroe Avenue South, Saskatoon, SK. The service will be live streamed and can be accessed by the link at: www.stphilipneriparish.ca. The interment will take place following the funeral service at the Oblate cemetery in Battleford, SK. Arrangements are entrusted to Saskatoon Funeral Home.

Share Your Memory of
Fr. Tony
Upload Your Memory View All Memories
Be the first to upload a memory!
Share A Memory