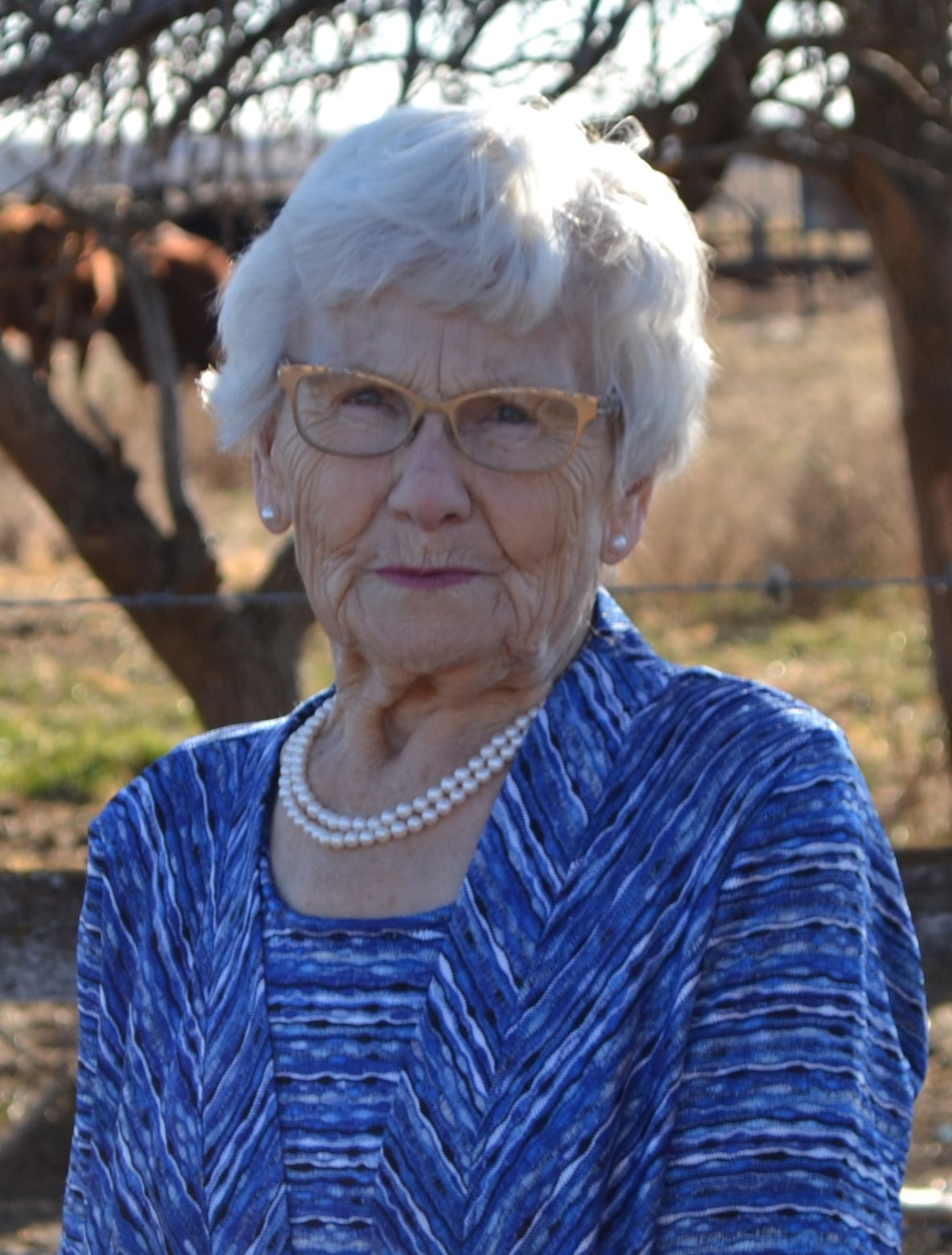 To Watch Recording of Service click this link: https://video.ibm.com/embed/recorded/131348114

We are grieved to announce the passing of Pearl Astrid Ruth (Carlson) Wood on Sunday, February 6, 2022 at her home surrounded by her family.

Pearl, age 90 years, was born on the family farm near Venn, SK to Ada (Peterson) and Raymond Carlson. She was the second eldest of eleven children. She received her schooling at Venn and Drake schools. Then attended Saskatoon Business College and later worked at National Research Council.

Pearl met Louis Wood in 1950 and they were married in 1951, in Saskatoon at Knox United Church. They were blessed with four children.

Pearl and Lou built and lived in three houses in Saskatoon. From there they moved to Swanson, then Delisle, and later Carrot River. They owned and worked several businesses: in Swanson a general store and in Delisle a bulk fuel dealership. While running these businesses, they were also farming. In 1976 they became full time farmers east of Carrot River. Following the death of Lou, Pearl returned to Saskatoon in 2006.

Pearl was an active member of the United Church, several community clubs, and the Order of the Eastern Star.

Pearl was predeceased by her daughter, Alva; her husband, Louis; her parents Ada and Raymond; five brothers and two sisters.

A celebration of Pearl’s life will be held Saturday, February 12, 2022 at 1 pm at Knox United Church, Saskatoon.

The family requests any memorial donations be made to Knox United Church or the charity of your choice.

Pearl's service will be live-streamed.  To access the live-stream and to join the family in celebrating Pearl's life, the link will be placed at the top of this obituary page.  Her service will go live 5 minutes before the service starts at 1:00 p.m.

Share Your Memory of
Pearl
Upload Your Memory View All Memories
Be the first to upload a memory!
Share A Memory