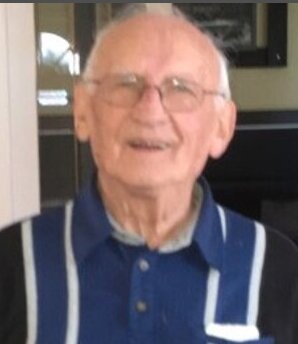 It is with sorrow we announce the passing of Lawrence Daniel Thomas Slaferek at the age of 88, on the morning of Feb 7th at RUH in Saskatoon after a short battle with pneumonia.

Lawrence can now be reunited with his wife Delores Slaferek who had passed previously April 20, 2014 and all of his brothers and sister who have been awaiting his arrival.

Lawrence will be remembered by his family and friends as a very loving father who genuinely cared for his children and grandchildren.

A man who could never stop working hard. He held many jobs through his life but his passion was fixing cars, which he did for over 30 years. After retirement he continued working at home even into his 80s, rebuilding lawnmowers, gardening and even garage sales.... especially garage sales.

Share Your Memory of
Lawrence
Upload Your Memory View All Memories
Be the first to upload a memory!
Share A Memory