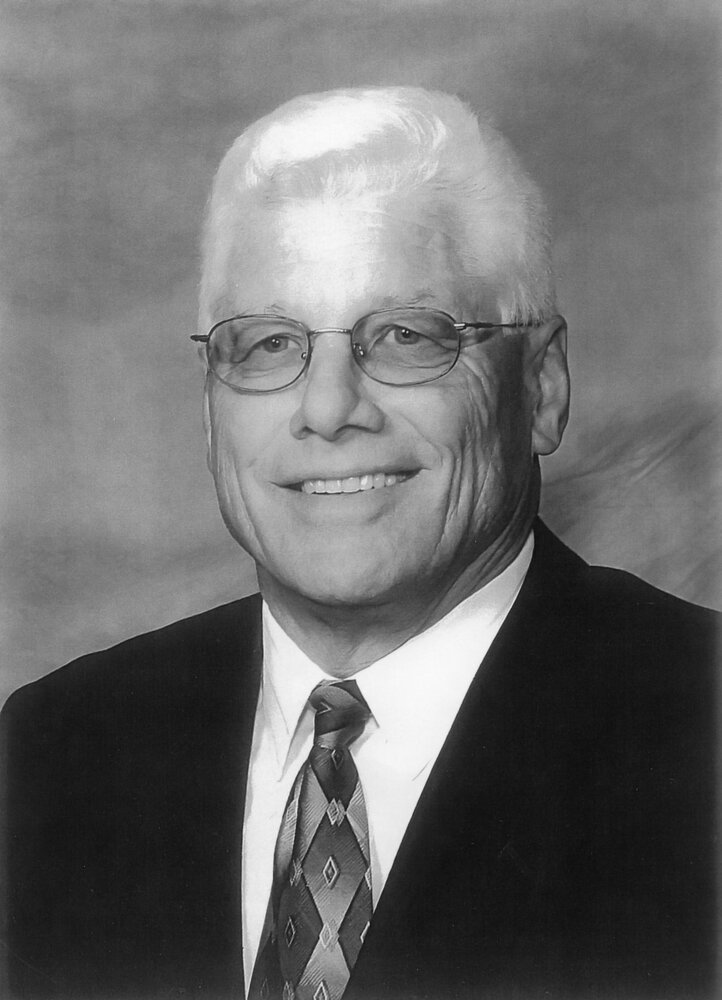 To Watch Recorded Video of Service Click This Link: https://video.ibm.com/embed/recorded/131353469

It is with great sadness that the family of Bob Sawatzky announces his sudden and unanticipated passing at home, early in the morning of February 7th, 2022.

Bob had a charismatic spirit that would light up a room and he easily made connections with so many lives that he touched. He was always a leader as well as a team player. These qualities were evident in whatever he was passionate about: i.e. sports, education, the church, seniors’ housing, and mentoring young people.

Bob is survived by his loving wife Joan; his sons whom he loved and of whom he was so proud: Bradley of Newport News, Virginia, and Kevin of Calgary, AB; his siblings: Don (Bev) Sawatzky of Kelowna, BC, Marge Arnold of Sidney, BC, Eileen (Lloyd) Gratrix of Saskatoon, SK, brothers-in-law, Larry Woodley of Edmonton, AB, sister-in-law, Carrol Duke of Victoria, BC and many loved nieces and nephews.

He was predeceased by his parents, Margaret and Jacob Sawatzky, his dearly beloved sister, Dorothy Woodley and brothers-in-law, Blaine Funk and Murray Arnold.

Bob was born in Hague, SK on April 7th, 1940. He obtained his education in Hague and in Rosthern Junior College, then earned his BA and BEd from the UofS. Bob taught in Hague, Strasbourg, and Foam Lake, as well as in Calgary. In 1980, he and his family moved back to Saskatoon where he was part of establishing a business. He then worked as a Saskatchewan representative for National Book Service for many years. After retiring he proceeded to get his A1 Drivers’ Licence so he could drive “the big rigs”. This evolved into a second career as he drove a school bus in Saskatoon until his last day. He loved the children and they loved their “Mr. Bob”.

Bob was a competitive athlete from a young age and devoted himself to many sports, excelling in softball, hockey, and golf.  His winters were spent making fond memories on the ice and in the dressing room and in the summer that transitioned to the diamond. His contributions and achievements as an athlete, coach, and builder have been recognized formally and informally.  He coached the local All-O-Matic A’s, Rempel Bros, and the Softball Canada National Team to many victories and has been inducted into local, provincial, and National Halls of Fame.

He lived his faith quietly but deeply, and served for many years as a member and chair of the Bethany Manor Board and Nutana Mennonite Church Board.

He loved his family greatly and loved travelling and socializing with friends and family at every opportunity. He and Joan enjoyed holidays spent in Hawaii and had a tour of Europe as well. Trips to visit Brad in Virginia or Kevin in Iowa and Calgary were coveted times. His involvement in sports also took him around the globe to Japan, New Zealand, South America and the USA. Combining his love of travel with his love of nature provided the inspiration for many photos.

In lieu of flowers, donations may be made in memory of Bob to the Mennonite Central Committee or to an agency of your choice.

A service to celebrate and remember Bob will be held at the Saskatoon Funeral Home on Monday, February 14th, 2022, at 2:00 pm.  Livestream Link at the top of this page.

Share Your Memory of
Bob
Upload Your Memory View All Memories
Be the first to upload a memory!
Share A Memory