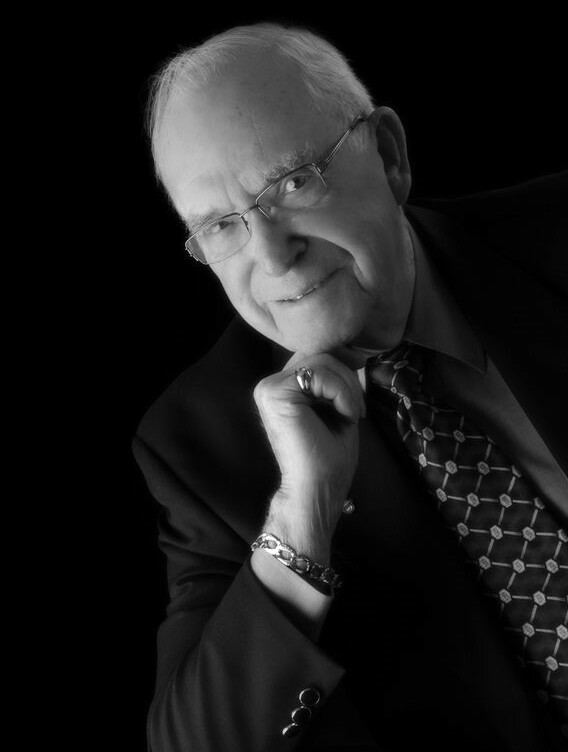 Arthur Reid Fowler passed away peacefully at Diamond House surrounded by family on March 14, 2022, at the age of ninety-six. Art was born November 9, 1925, in Saskatoon, the youngest son of the late David Arthur (Stubby) and Zetta Alice Fowler. Predeceased by his infant son, Scott Reid, and siblings, Ken, Norman, Eva, and Claire.

Art spent his summers as a young boy in the family shack tent at Waskesui where he caddied, fished, and "hung out." In 1938, Art, Claire, and his cousin caught the "Famous Waskesiu "fish. Shortly after graduating from Nutana on his 18th birthday, he enlisted, and he described his rocky trip over the Atlantic as his first cruise. Returning from duty, he met the love of his life, Hazel Hobbs at Waskesui in 1949. Married on July 19, 1952, spending their honeymoon at the family cabin (Stubby's Shanty).

Art worked at Westeel Rosco until retirement. Summers were spent at the lake, enjoying time in the boat and of course fishing at the secret fishing hole. Winters included trips to Hawaii, the Caribbean, and cruises, none over the Atlantic.

He was an avid curler, golfer, hunter, and of course fisherman. He was a member of the Downtown Lions for 30 years.

He is survived by: his beloved wife and devoted caregiver, Hazel Fowler (Hobbs), sharing sixty-nine and a half years together. Art is also survived by: his children, Susan (Joel Kerry) of Saskatoon and David (Debbie Haryettt) of Toronto; his grandchildren, Jillian Kerry (husband Jarrett and great-grandson Kade), Chelsey Kerry, Christian Fowler (Nora) and Corynn Fowler (Bernard).
Family always came first, never missing a ball or basketball, game, marble tournament, track meet, dance completion, or graduation. Loved by his family, he will be forever missed.

Art did not want anyone wearing dark clothes. Please bring any funny stories you would like to share.

In lieu of flowers, memorial donations can be made to the SPCA or your charity of choice, in Art Fowler's name. The family wants to thank the staff at Diamond Hours for their care and compassion.

Share Your Memory of
Arthur
Upload Your Memory View All Memories
Be the first to upload a memory!
Share A Memory