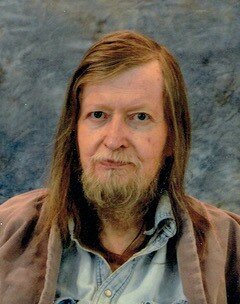 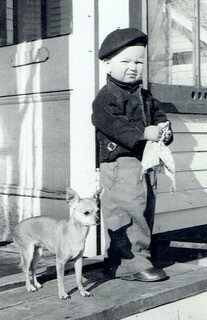 On March 23, 2022 Wayne Hedger passed away at the Sherbrooke Community Centre following a brief illness.

Wayne, born November 2, 1943 in Saskatoon, was the only child of Harold Ernest Hedger and Agnes Alice Berndt. Wayne lived briefly on the farm in the Invicta district near Dinsmore in his very earlier years before the family moved to Saskatoon. Wayne and his parents first lived on 7th Street in the 1940s before a new house was built in the early 1950s at 1310 Colony Street just south of the university. Wayne took all of his primary and secondary education was in Saskatoon and later an electronics course at the Moose Jaw Technical school.

Wayne worked briefly at a military station in the north of Canada, but was best known from his time working at Tramp’s Records and Books and later his co-owned used book and record shop. Wayne had a diverse collection of interests including music, Jazz in particular, record collecting, chess, clock making, geometric patterns, drawing, and prime numbers. Most of these pursuits were undertaken in solitude where Wayne was comfortable and content.

Wayne was predeceased by his parents, Ernie and Alice Hedger; and numerous aunts and uncles from both sides of his parents immediate family. Wayne is survived by a number of cousins from the Berndt, Hedger, Beattie, and Mann families.

At Wayne’s request no funeral service will be held. Following cremation, the cremains will be interred in the Dinsmore Cemetery. In lieu of flowers, donations to the Sherbrooke Community Centre in Wayne’s name would be appreciated.

Share Your Memory of
Wayne
Upload Your Memory View All Memories
Be the first to upload a memory!
Share A Memory