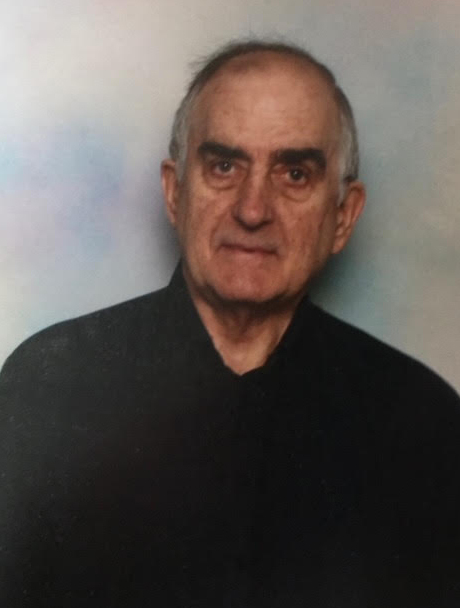 Robert Arnold 'Bob' Dupperon was born January 15, 1945 in Rabbit Lake, Sask., the only son of Emerald and Ethel Dupperon. He passed away April 1, 2022. Bob was predeceased by his parents in 1993 and 1995; baby sister, Eileen in 1947; niece, Darcie in 2016; and special friend, Shirley Smith in 2014. He is survived by sisters, Marian Bexton, Sheila Hall and Shirley Vhal; their husbands; and many nieces, nephews, great nieces and nephews and 2 great greats. Bob had Cancer since 2014 and developed a new aggressive Cancer recently.

Bob grew up on the family farm near Mullingar until 1959 when the family relocated to Saskatoon. He had great stories of attending Mayfair Rural Route School, 4 H and hunting gophers. In Saskatoon he attended Westmount and Henry Kelsey Elementary Schools and Saskatoon Technical High School and Alan Business Schools. Bob earned his first thousand dollars shining shoes in downtown Saskatoon. He then moved on to working in the medical lab in the Dept of Physiology at the U of S. Bob held this position for 33 years until retiring in 1999.

During his lifetime, Bob enjoyed hunting and fishing trips with his dad, brother-in-law, nephew and friends. Leader was a favourite hunting area and he spent much time at Meeting and Chitek Lakes and even a one time fly-in fishing trip to Careen Lake.

Bob's memory was excellent until the end and he could be counted on to be the family historian. He enjoyed several hobbies including collecting coins, stamps and baseball cards. His passion for these activities was admirable. Throughout his life he spent leisure time bowling and later carpet bowling and was very good at both. He enjoyed playing cards, scrabble and for a time learned to carve wood.

Always a quiet presence at family gatherings Bob was good at amusing us with his subtle wit. His nieces and nephews were always enchanted with all of his treasures. Those he saw often developed special bonds with him and enjoyed hanging out with 'Uncle Bob'. He once broke his arm while amusing them by standing up going downhill on a toboggan. Bob enjoyed summers in BC with his sisters who live there, and many Christmases and other special holidays with his sister and her family in Melfort.

Bob had many good friends and enjoyed his time spent with them. He was grateful to those of you who visited during his last weeks.

The family wishes to extend gratitude to all the Homecare Aides, Therapists, Nurses and Dr. Johnson, Dr. Bosch and Dr Rollens. Special thank you to volunteers, Chantal and later Glenda, from Prairie Hospice who spent many hours with Bob. This was especially wonderful during the long Covid Time Warp that kept family away. Also special thanks to Glengarda Hospice Staff for making his last few days peaceful and comfortable.

We love you Bob and our hearts are hurting.

Share Your Memory of
Bob
Upload Your Memory View All Memories
Be the first to upload a memory!
Share A Memory